Located in the Malakand Division of Khyber Pakhtunkhawa Province of Pakistan, Swat Valley is renowned for its natural beauty and historical significance. Organized along the upper stretches of Swat River, Swat Valley had been the center of Buddhist Civilization of the Gandhara Kingdom. The ruins and remnants of the earliest Buddhist structures, monasteries and institutions are abound throughout the valley. With its scenic beauty, crystal-clear river beds, waterfalls, streams, glacier-fed lakes, pine forest, alpine peaks, and snow covered mountains the valley has a global appeal for tourists and is sometimes referred to as “Switzerland of the East”.

With an area well over 10,000 square kilometers the valley enjoys an independent climate as compared to adjoining districts. Summer temperatures range between maximum of 22 C with a minimum of 7 C. Winter temperatures usually run in minus with heavy snowfalls during the months of November to March. Saidu Sharif is the capital of Swat with its twin city Mingora being one of the oldest market town in the area. The elevation ranges between 991 meters (3,300 feet) at Saidu Sharif to the highest mountain Flaksair which is 6,257 meters (20,528 feet) high.

How to Get to Swat Valley

If you are travelling by your own transport the best would be to take Motorway (M-1) at Islamabad upto Mardan interchange. This is a straightforward run of approximately 140 km and takes about one and a half hour. From Mardan onward you can travel via Takht Bai, Dargai, Malakand Pass, Batkhella, Chakdara and reach Mingora/Saidu Sharif in another two and half hours. This route is open for all kinds of traffic throughout the year. The total travel time from Islamabad with a small break for refreshments is about 5 hours. If you are accessing from Peshawar the distance to Mardan is 65 km and takes about an hour to Mardan where after you could follow the route described above.

For those travelling by public transport, several bus companies run regular service from all major cities and towns of Pakistan to Mingora via Mardan with stopover in Lahore, Rawalpindi and Peshawar. The road travel by public transport is economical and comfortable by air-conditioned buses and coaches. The food places along the route are usually roadside restaurants and cafes with simple and affordable menus. 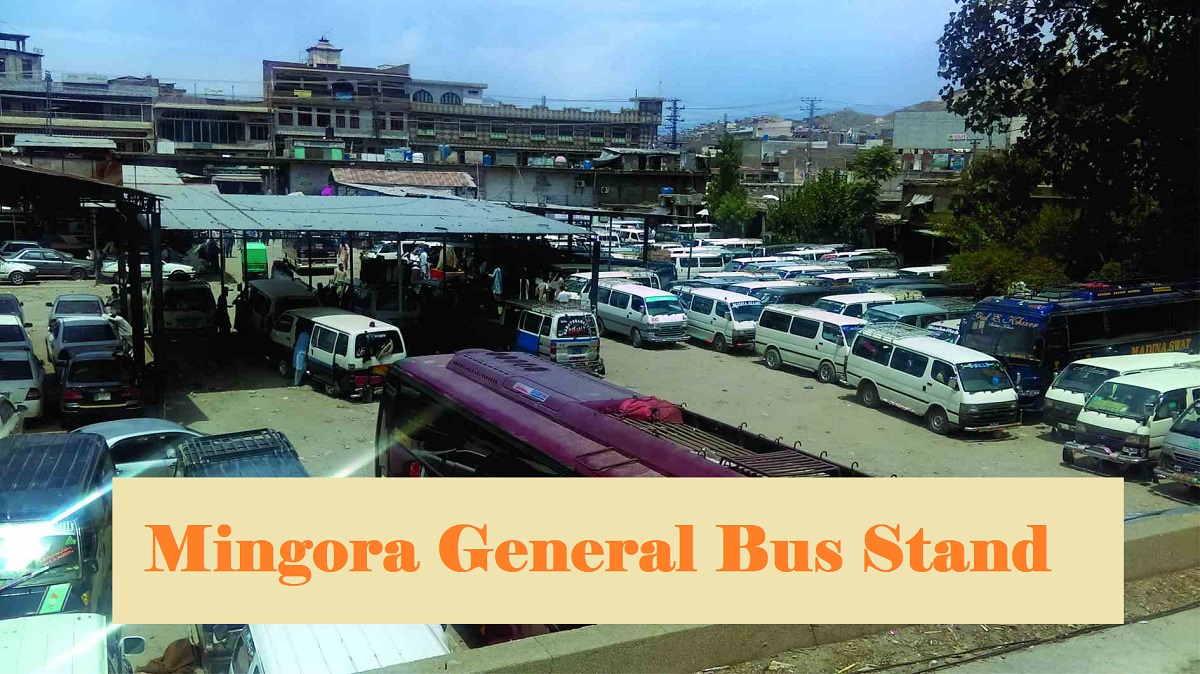 A number of hotels, motels, inns and guest houses located in Saidu Sharif and Mingora cater to different budgets and tastes. The rents are usually high in the peak season between June-August. We are currently working on a list of various lodging options in Swat Valley and would soon provide a link here.

Swat Velly is literally "filled to the brim" with scenic panoramas, picturesque views and turqoise blue water lakes. Having your own transport is the best option if you would like to explore the valley to the fullest. You could hire local taxies and 4x4 vehicles which are easily available. Local transport can be used but is usually overloaded. Some of the most popular tourist attractions are as follows

A sub valley of Swat Valley, Kalam is located at a distance of approximately 100 km from Mingora in the northern upper stretch. The beautiful Swat River originates here when its two major tributaries Gabral River and Ushu River join to form Swat River. Kalam is surrounded by thick forests, green hills and alpine ridges and is blessed with beautiful streams, meadows and hill terraces. Located at an elevation of about 2000 m (6,600 ft) above sea level Kalam Valley has shingle tracks to trek further to Ushu and Utror valleys. Kalam also serves as base camp for Falaksar peak and other several other 20,000 feet peaks located here. A number of hotels and motels cater to the local and international tourists at Kalam. 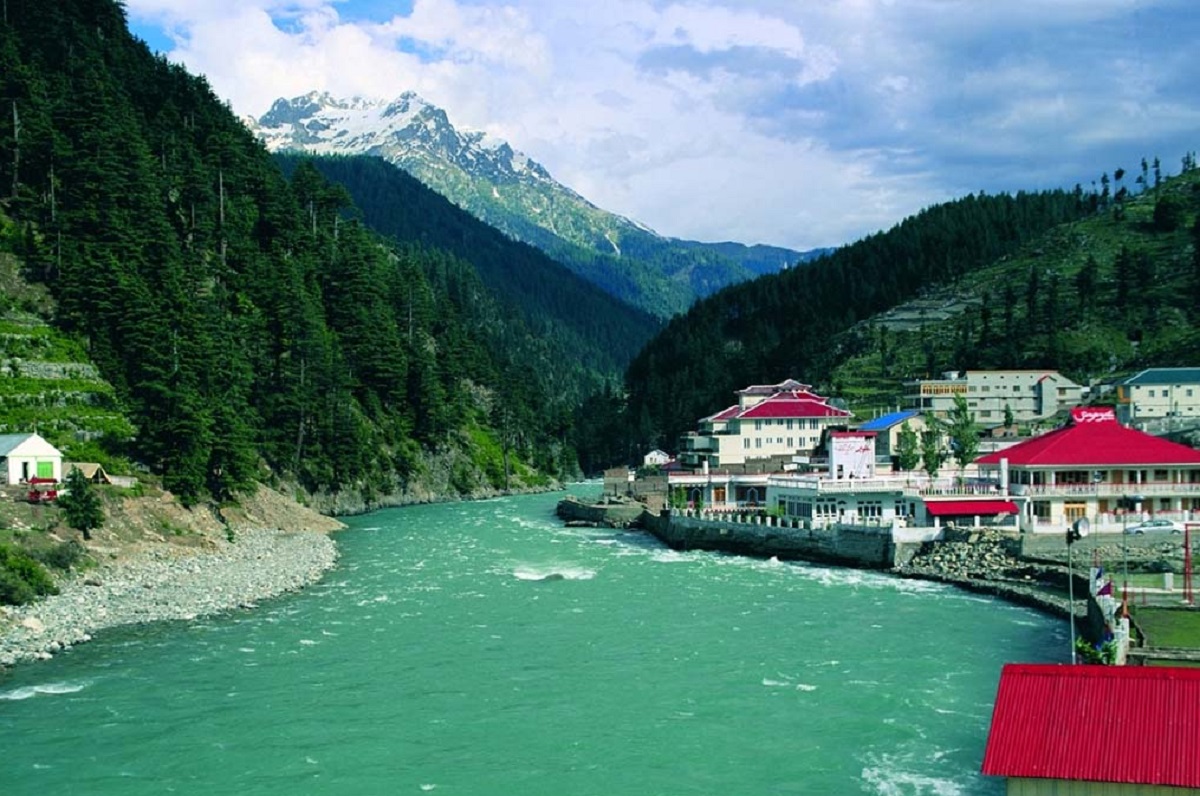 Madyan is a medium sized hill town located approximately 55 km from Mingora and is a popular tourist attraction in the Swat Valley. The town has an outstanding colorful panorama with clear water trout spots and handicraft shops. A number of local hotels and restaurants cater to the needs of local and global tourists. 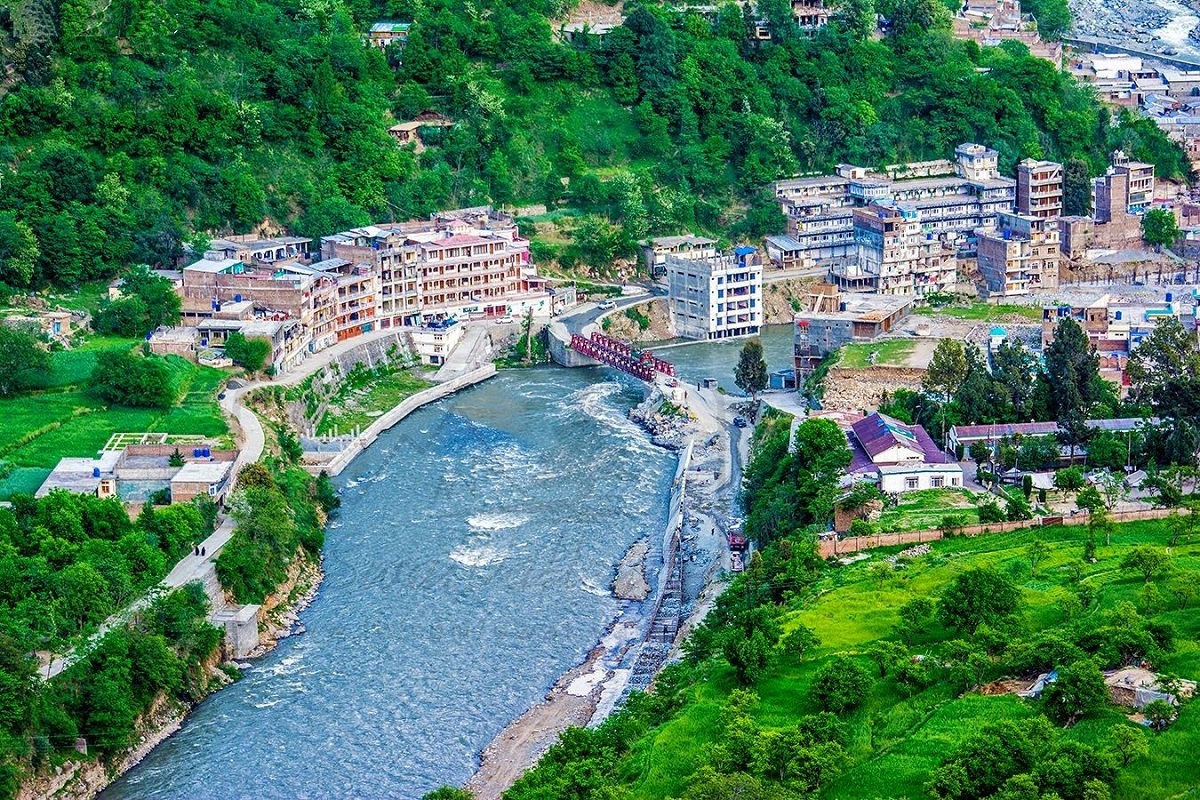 Swat Valley: The Town of Madyan

Marghuzar, or Marghazar is a small town located 13 kilometers from Saidu Sharif. Marghuzar, meaning "green hill", is famous for its green panorama, springs, and surrounding mountains. Marghuzar has a building dating back to 1940 called “White Palace” that was built by the then Wali of Swat, Miangul Abdul Wadud, as summer residence. The palace has since been converted into a hotel. Marghuzar has pine trees that are at least two centuries old. 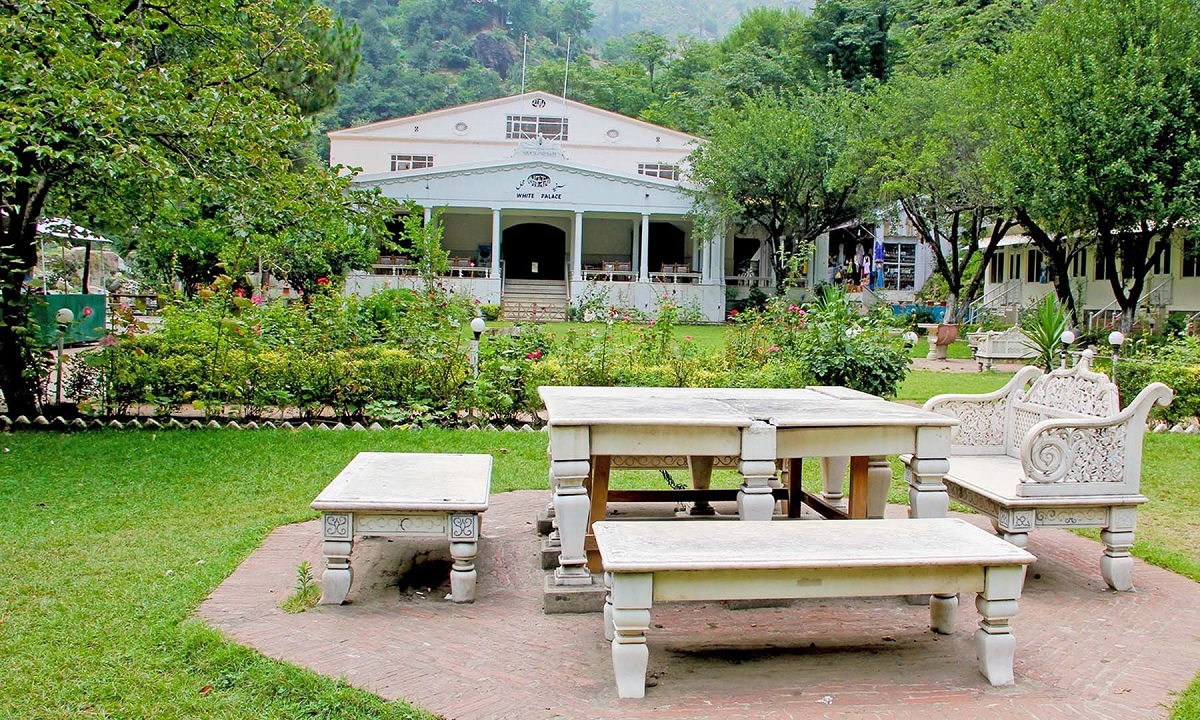 Saidu Sharif, formerly known as ‘Baligram’ is the Capital City of Swat District and is also the Capital City of Malakand Division. Named after Saidu Baba, a prominent and respected leader of the former Yousafzai State of Swat, the city is the main nerve center of the valley with administrative offices, public facilities and tourist information center located here. Swat Museum, Tomb of Saidu Baba, Residence of Wali-e-Swat and remains of Butkara Buddhist Stupa are amongst the local attractions at Saidu Sharif. 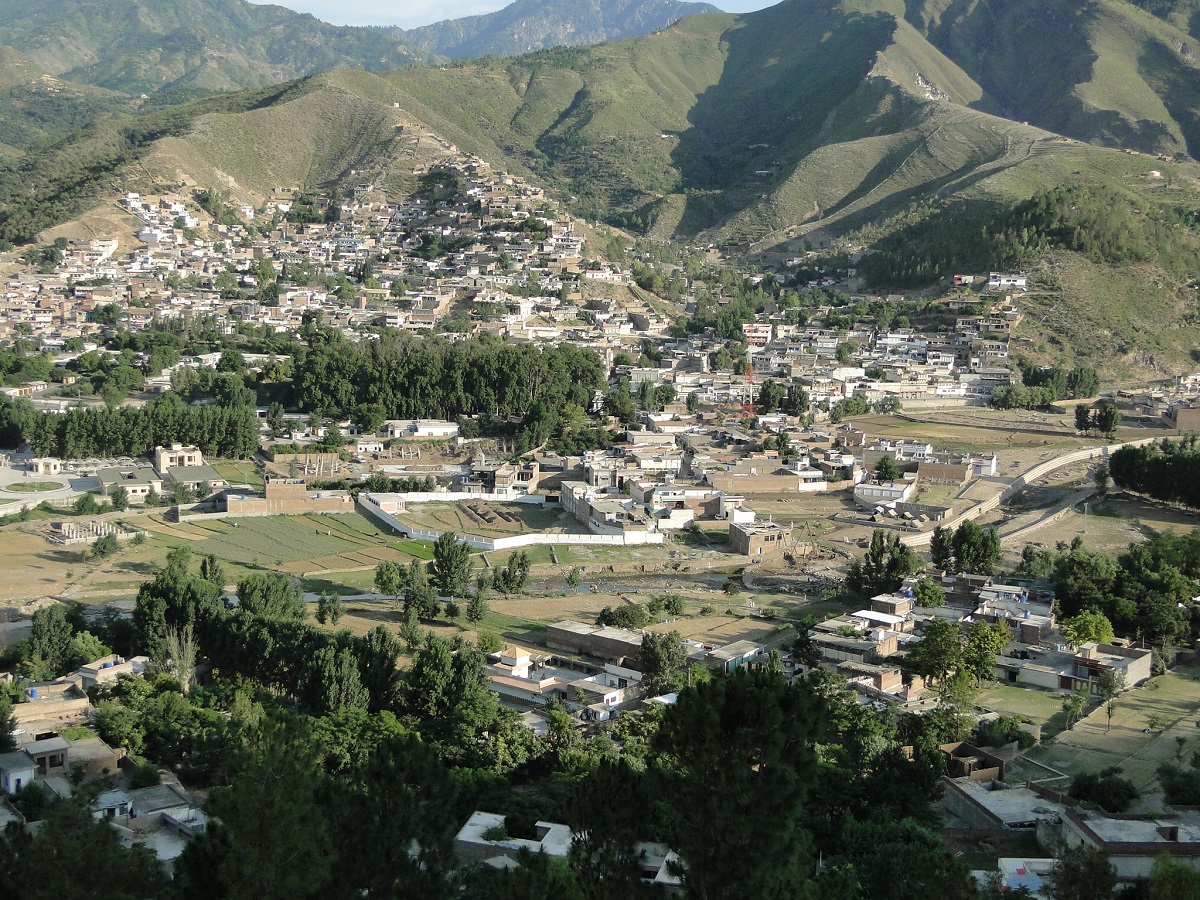 Mahudand, also spelled ‘Mahodand’ Lake is located in the upper Usho Valley at a distance of about 35 km from Kalam. The lake can be accessed from Kalam using preferably a 4x4 vehicle. Located at an elevation of 2,865 m (9,400 ft) the lake is surrounded by lush green meadows, mountains and pine forests. Mahodand lake is fed by the lower glaciers the Hindu Kush mountain range and serves as main reservoir for Ushu Khwar, the major left tributary of the Swat River. 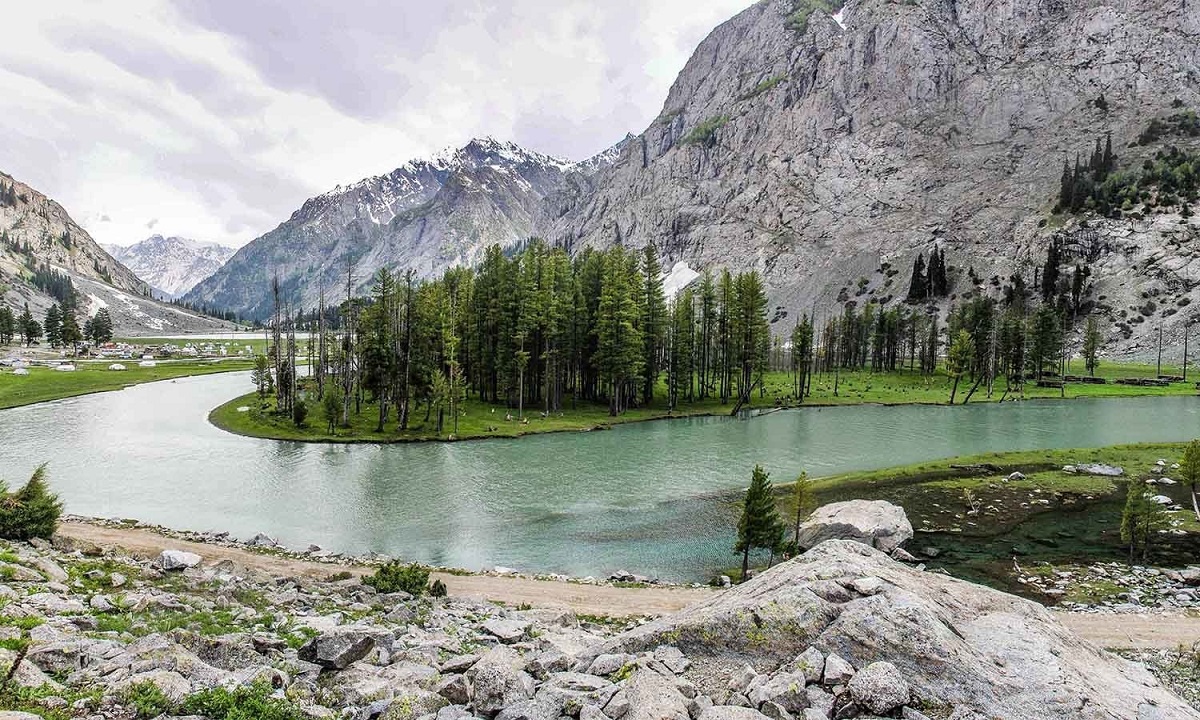 Located approximately 40 km from Saidu Sharif is the ski town of Malam Jabba. The place is a home to one of the world renowned ski resorts and is a popular summer as well as winter attraction for local as well as international travelers. Pakistan’s only ski school is also located at Malam Jabba. 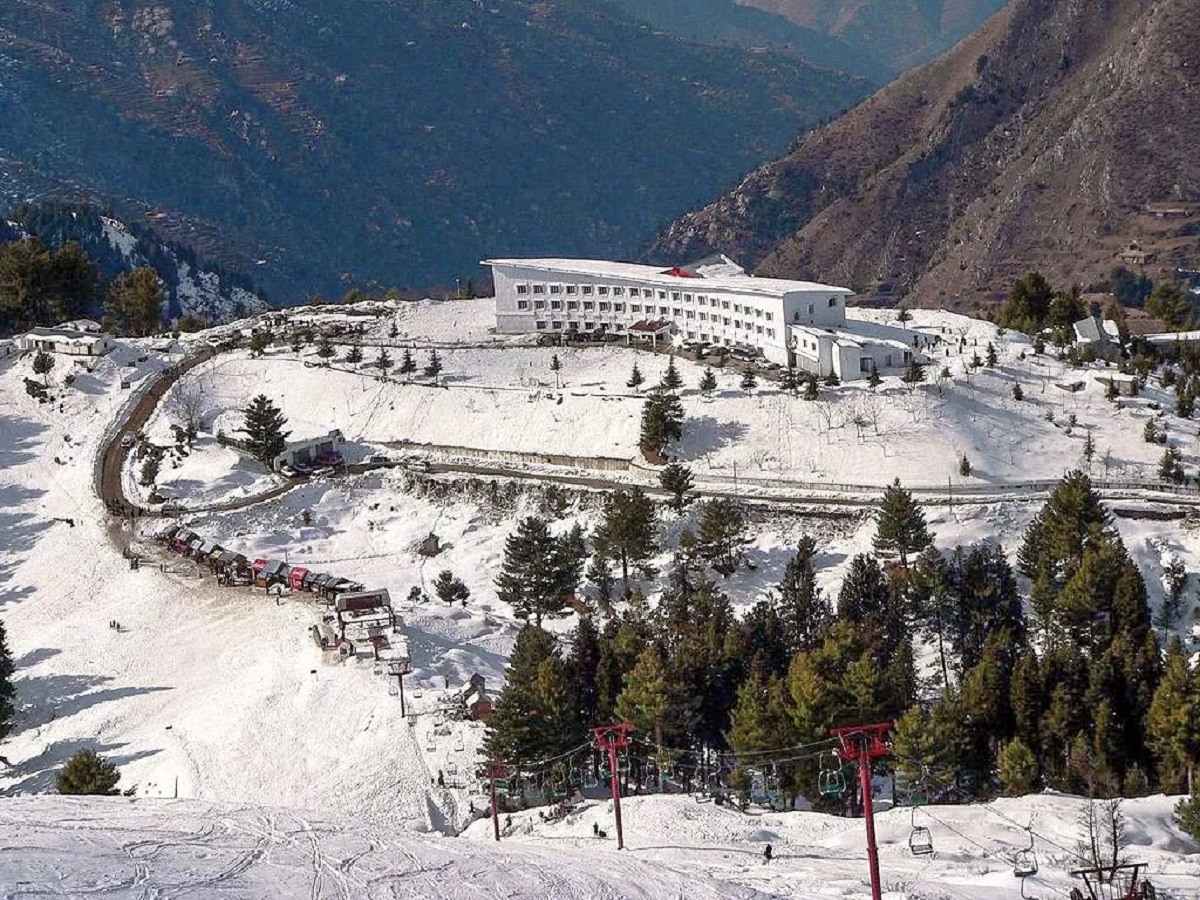