“The train leaves in five minutes and the next one won’t be for at least half an hour; you must hurry if you want to catch this one”, said the booking clerk at the ticket window. Without exchanging a word, Nadia and I almost jogged the five hundred yards of brick-lined and fiberglass roofed walkway to the narrow gauge train station to discover that there still was time for a little chat with the courteous and smiling faced station attendant. We were even able to take some pictures and sneak around different nooks and corners of the tiny little station. 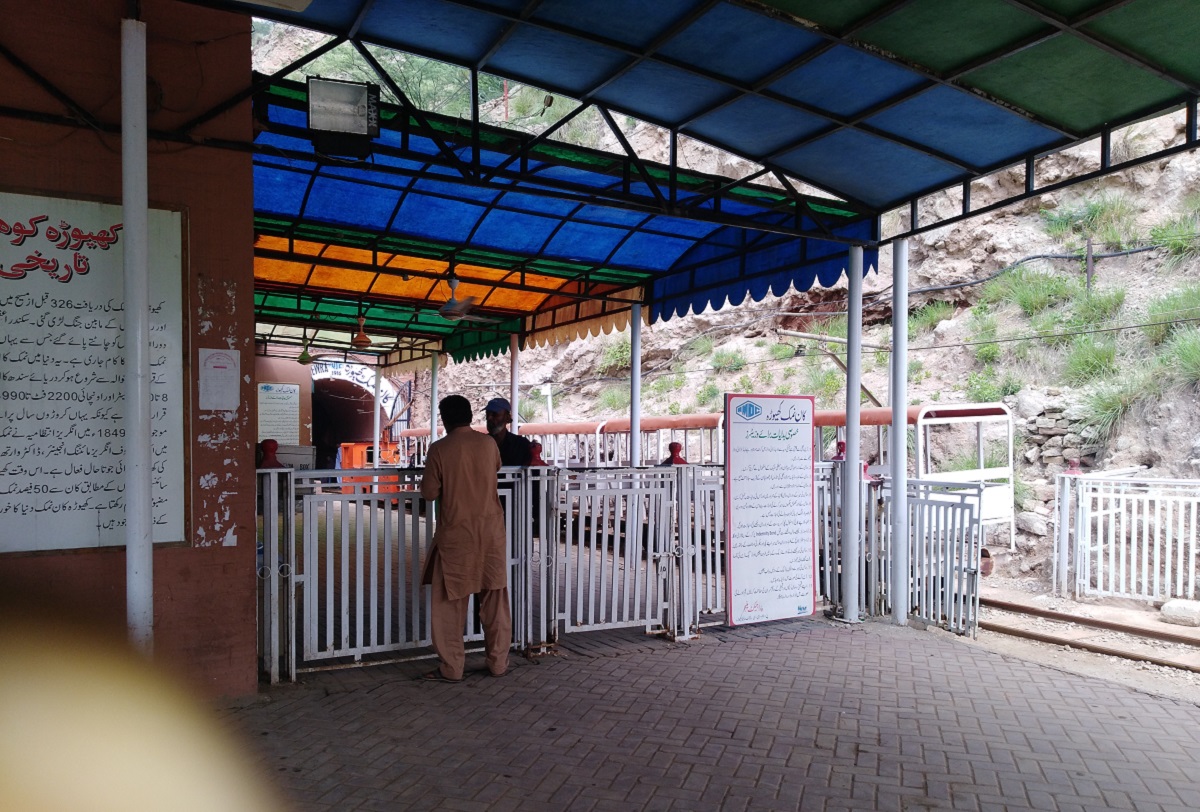 As we moved towards the train stationed close to a tunnel opening we were hit by a gush of refreshingly cold wind. It was more of a surprise than a relief to me. “Is the tunnel air-conditioned”, I asked aiming my question at no one in particular. “It’s air-conditioned by the nature” replied the elderly looking guy clad in local dress “shalwar-qameez” who, I learnt a little later, was our tour guide. “Could I take a picture with you”, I asked a little hesitatingly to which they replied affirmatively by lining up with me for a selfie. “The temperature inside the caves stays in the range of 18 degree Celsius around the year” informed me our would be tour guide. The outside temperature was 34 degrees Celsius as shown on the screen of my somewhat primitive Huwaei cell phone. I suggested to Nadia that we occupy one of the available compartments although the train staff did not seem to be in any kind of hurry. We were able to take several more pictures before the train finally whistled its intention to move and started rolling with some “cling-clang-rag-tag” noise.

The train had a capacity of about 60 people and almost all the seats were occupied. There were people from all age groups. The couple that sat next to us was probably on honeymoon as was evident from the way the girl was dressed up and the display of mutual-affection that is so characteristic of first few weeks of wedding in this part of the world. There was an elderly couple with a young man and a woman whom I thought were their son and daughter-in-law. The deeper the train got into the tunnel the darker it became. The low voltage bulbs along the walls were trying hard to create the semblance of light that was barely sufficient to completely show the texture of the roughly dome-shaped interior of the tunnel. At fairly regular intervals one could see arch-shaped openings into varying sized excavations, probably hollowed out during mining. After about 15 minutes, that felt much longer considering the dimness, dampness and comparative calm inside the tunnel, the train came to almost a sudden halt and someone, probably our tour guide, said in a loud yet courteous voice “everybody to please disembark”.

Inside the World's Second Largest Salt Mine

Briskly, though hesitatingly, we got off the train and without further instructions started following our tour guide who carried a battery operated torch as he marched in the lead. After couple minutes walk the tunnel started opening up a little and the lighting became somewhat vivid. “Ladies and gentlemen, this place is called Lahori Chowk”, said our tour guide and stopped, turned to face us and continued “welcome to the second largest salt mine in the world called Khewara Salt Range”. The tour guide who apparently looked like an unassuming, humble and down-to-earth character had a thorough grip over the subject of salt especially the history of salt mining at Khewara, the means and methods employed for salt mining, various products and byproducts of salt and a host of issues and matters connected with and surrounding the mining industry in Pakistan. In the next about 45 minutes he conducted us skillfully and proficiently on a dismounted tour through salt tunnels, excavations, and openings sometime crossing over bridges made purely of salt stone. We came across deep excavations some of which had filled with water seeping through the creases inside the rock. We were shown certain objects and structures carved purely from pink and white salt. There was this simple yet elegant mosque like structure made from bricks carved from pink salt. There was a replica of ‘Minar-e-Pakistan’, the famous historical symbol that marks the struggle for independence of the people of Pakistan. Every now and then our guide would shine his torch behind a wall made of salt blocks to show us how beautifully and easily light could pass through salt. We were shown a small souvenir shop that had lamps, globes and decoration pieces made of pink and white salt. The best part was that these souvenirs were available at fraction of the cost that is usually charged for similar objects in certain high end stores and gift shops. At places we saw icicles like objects which our tour guide told us had accumulated as a result of extremely salty water dripping continually from the rock and drying out before falling down to the ground. 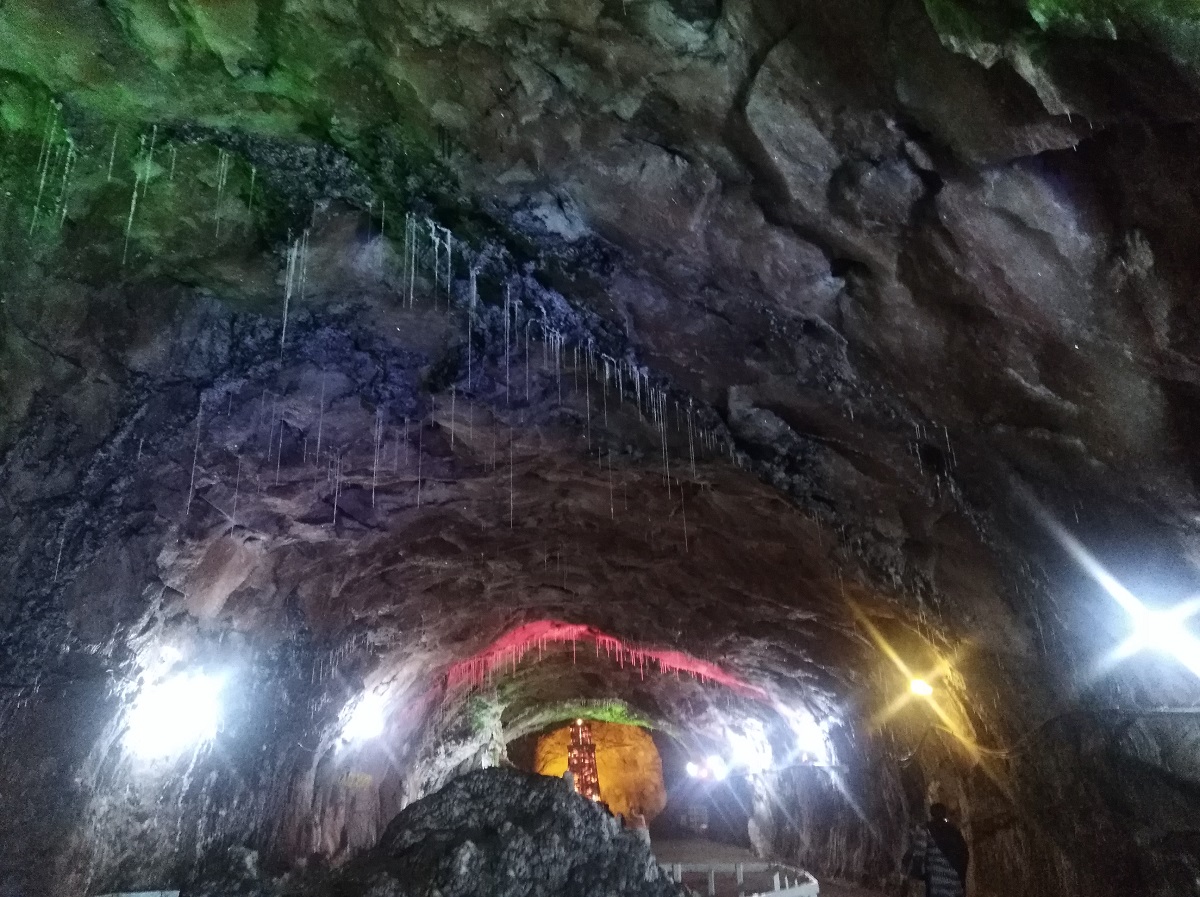 A bit later the tour guide announced that the train that had departed after dropping us to the mine was about to arrive with the next group of visitors and that we will have to go back soon. So led by our tour guide we walked back to the train station via a tunnel that was comparatively shorter than the route we had used earlier. No sooner the train arrived and the incoming group of visitors disembarked, we got into our seats. The return train ride back to the exit seemed somewhat shorter probably because I was enjoying every moment of my trip and knew that it was about to end now. No sooner the train exited the tunnel entrance we were hit by scorching heat. I quickly took some more pictures of the station and the surrounding mountains before Nadia and I walked back to the parking lot and drove back to Lahore.

Trip to the Khewara Salt Mines was truly a great experience of my life. It was one of its own kind, not too expensive and yet very educating and relaxing at the same time. I would highly recommend that if and when you have time and pass by Khewara, you must visit the salt mines. You can also buy some economical and nice gifts for your friends and family here. I am sharing some pictures in the picture gallery below for you to see. 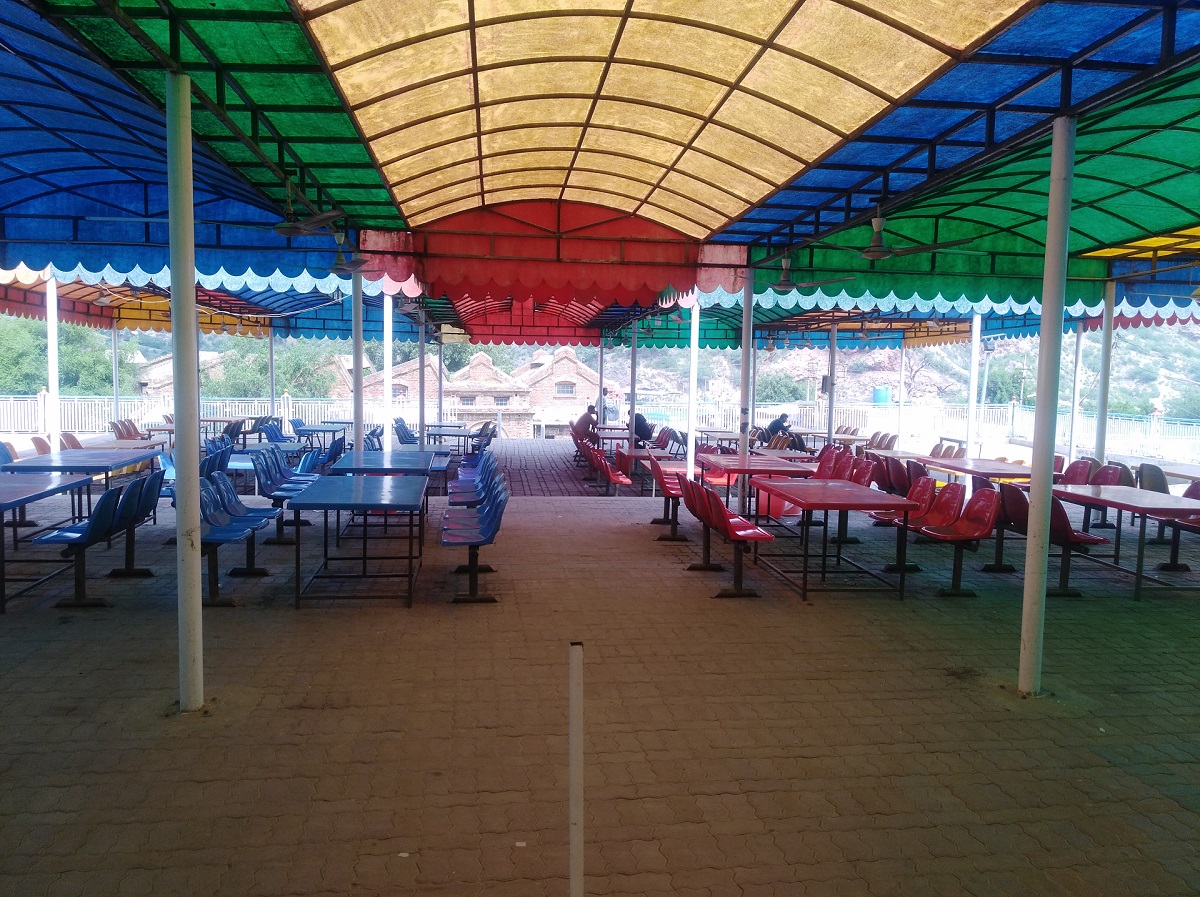 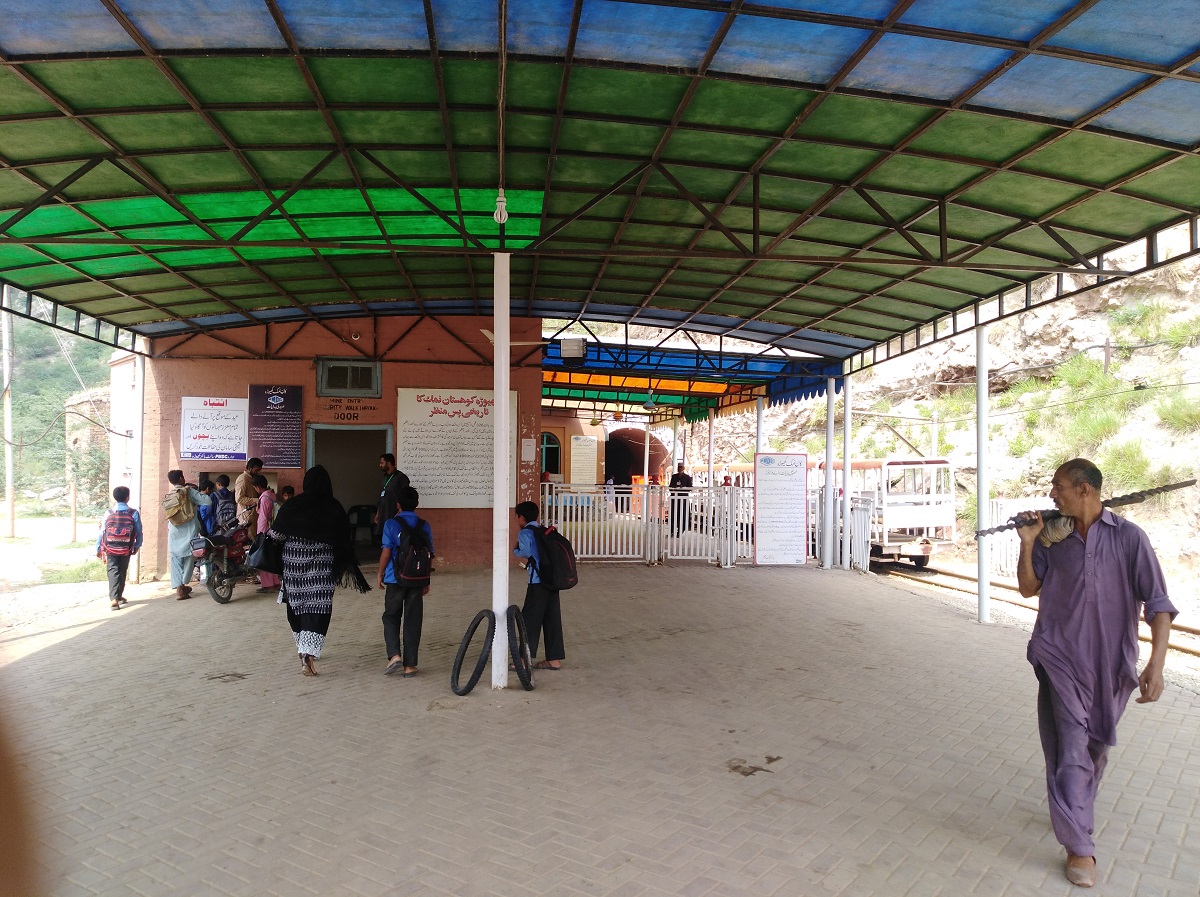 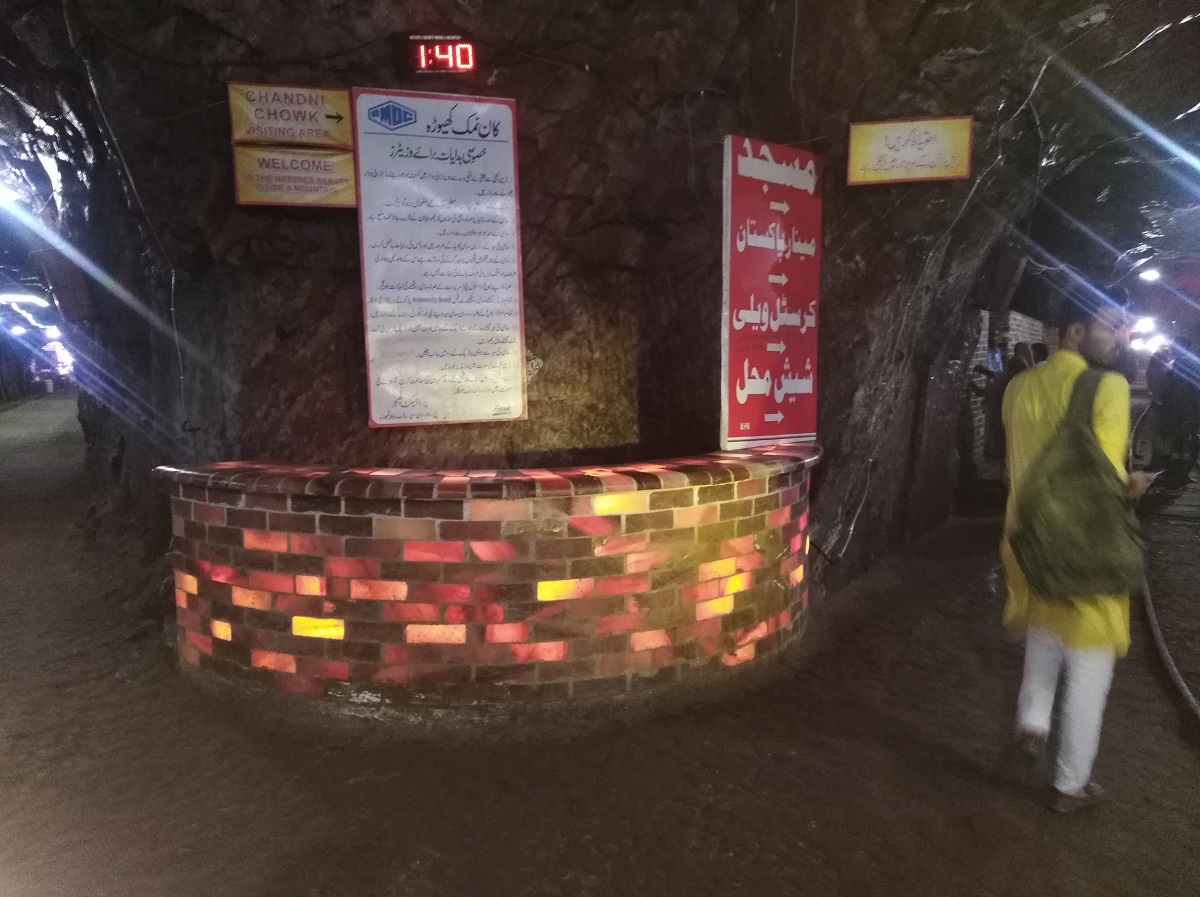 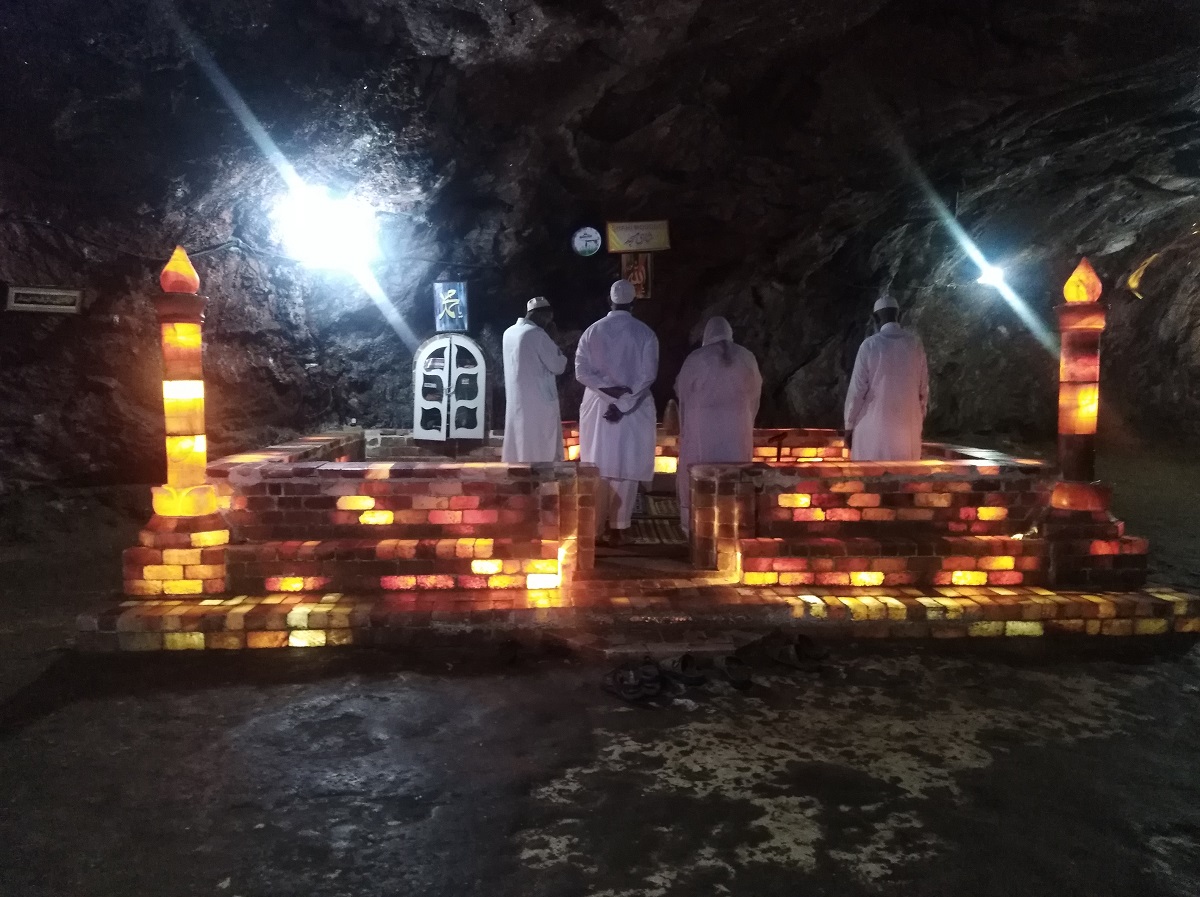 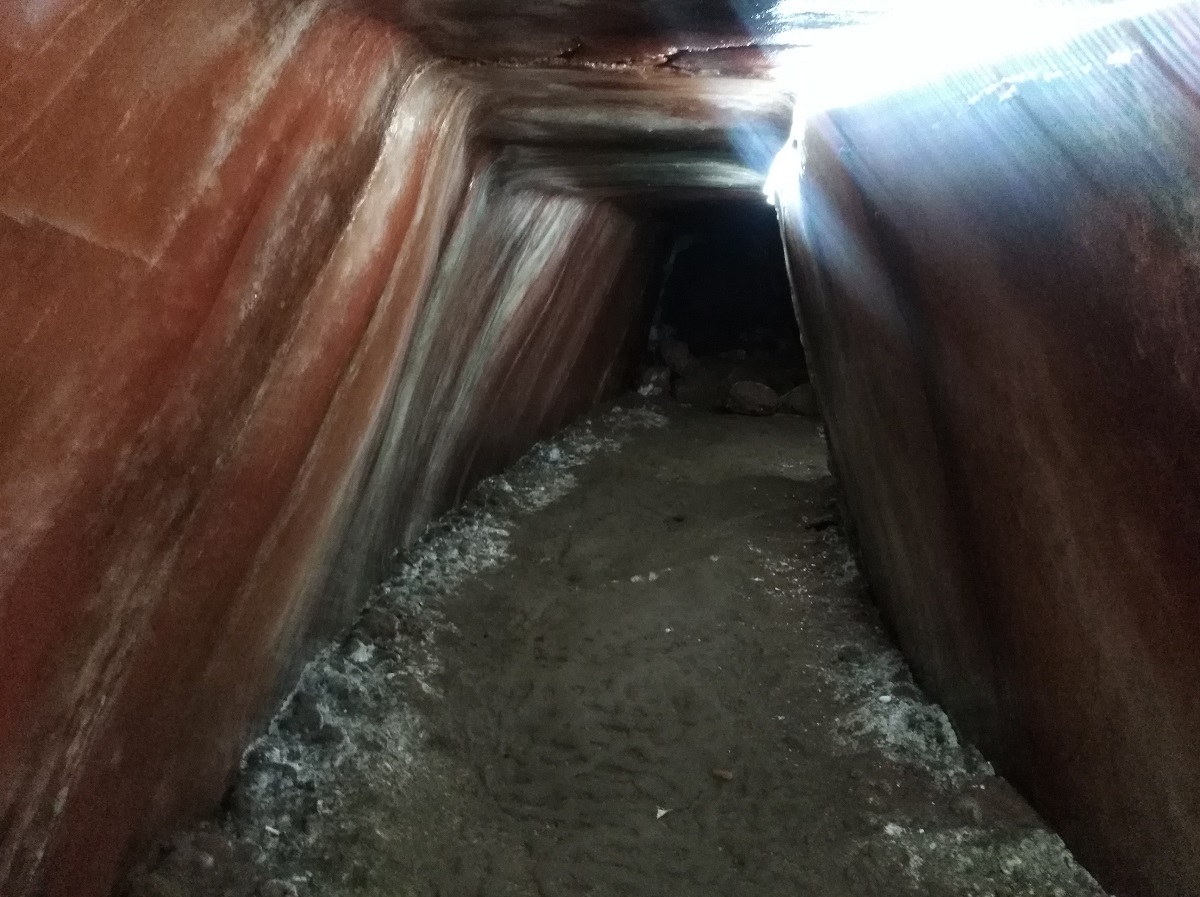 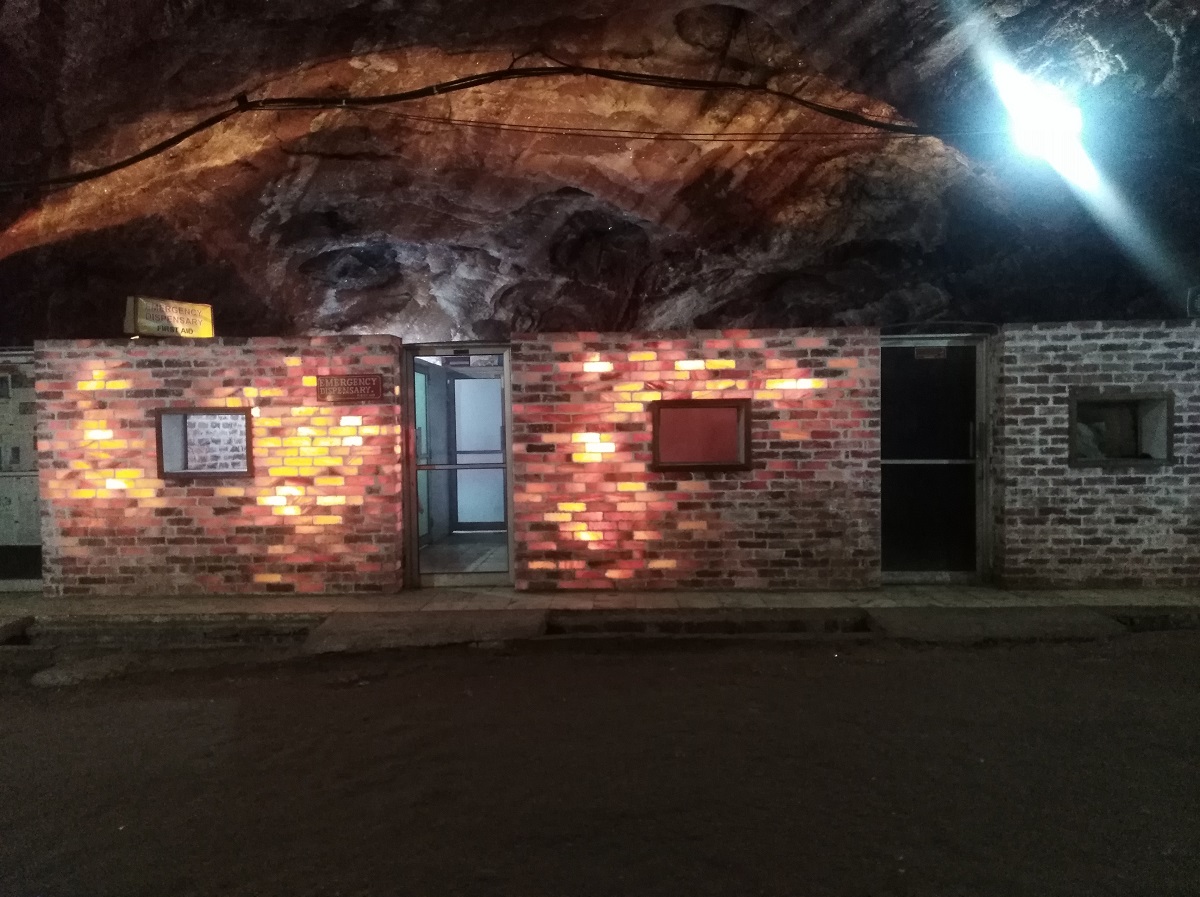 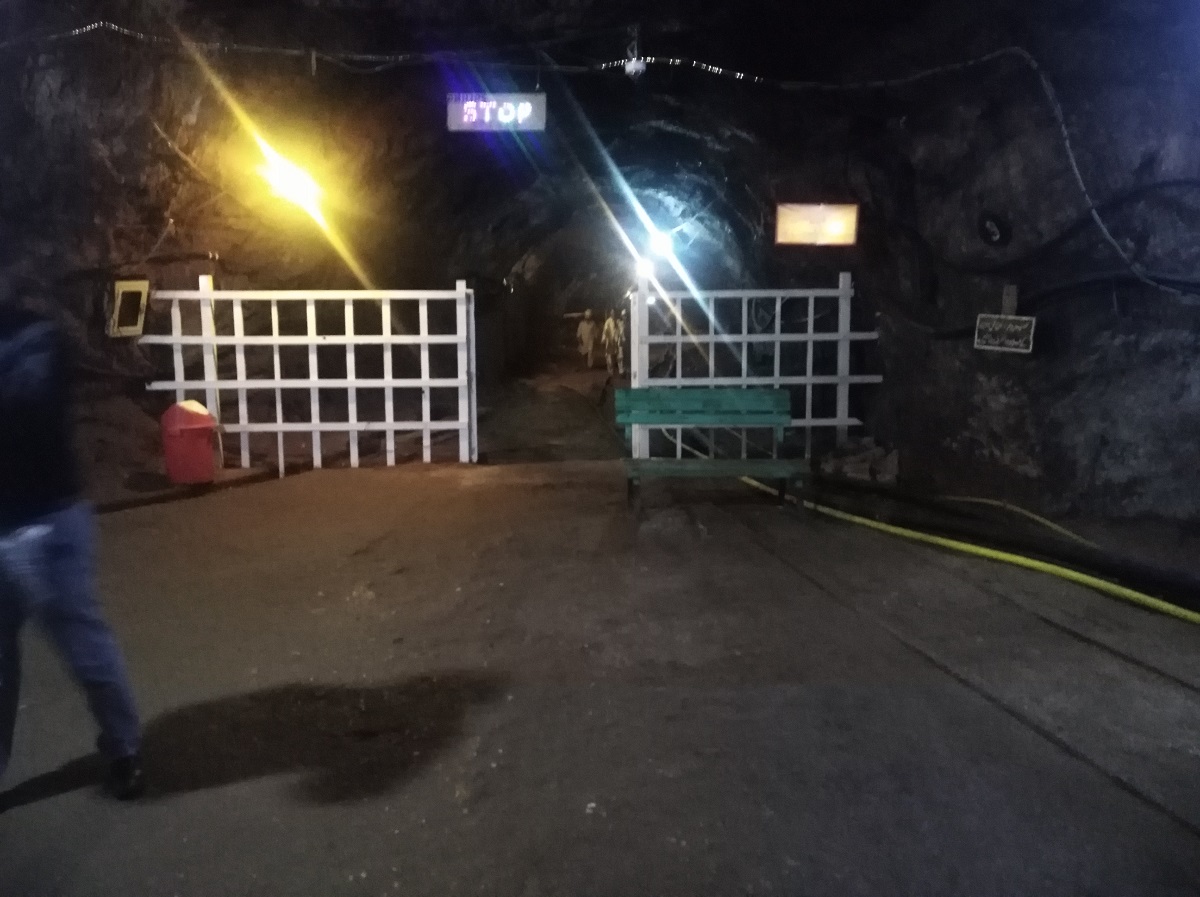 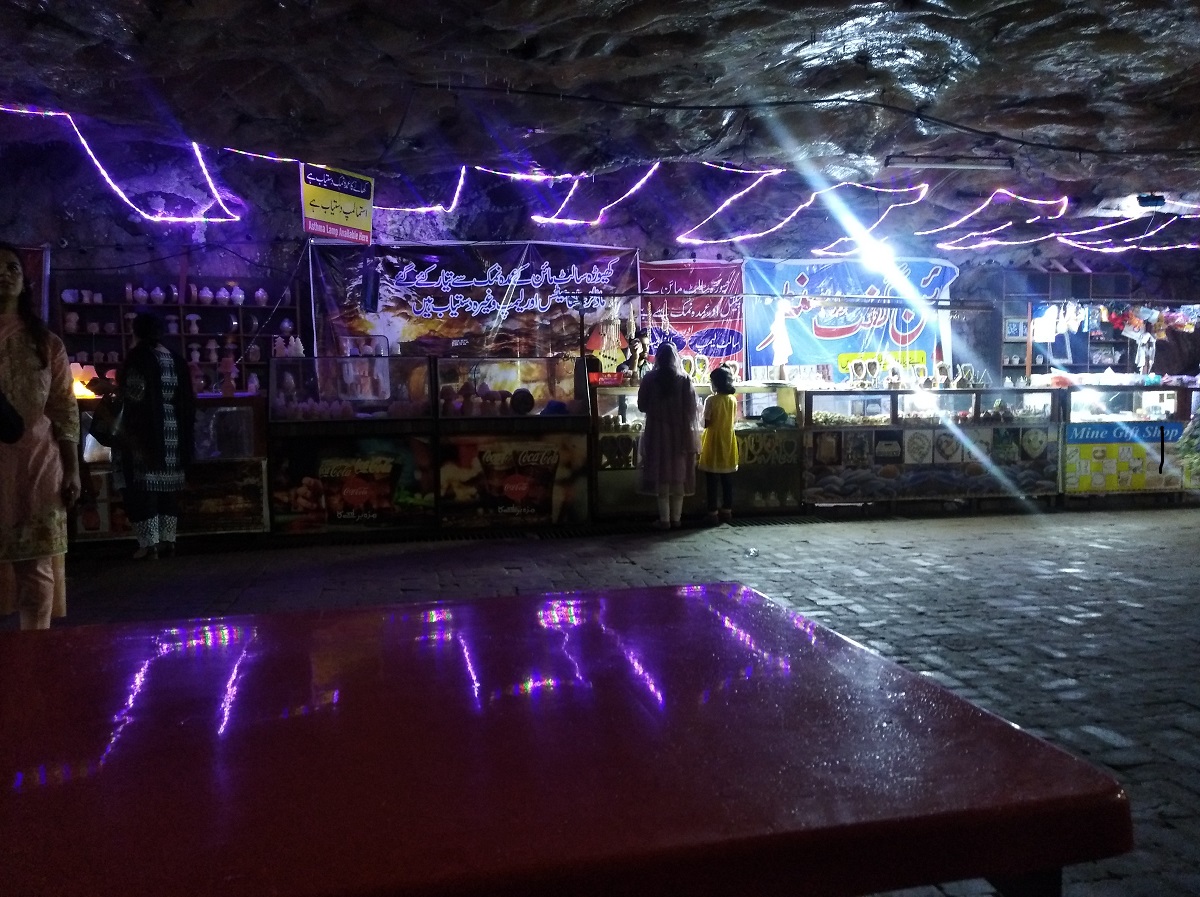