Story of a god's tears

According to ‘Puranas’, the ancient Hindu scriptures written mostly in Sanskrit, Lord Shiva had been grieving the sudden death of his wife Sati. As inconsolable as he was during his mourning he wandered the earth in search of clues as to why Sati had suddenly decided to end her life when two tears fell from his eyes. One of the tears is said to have dropped at Ajmer, Rajastan and formed a lake called Pushkar Sarovar considered to be one of the most sacred places in Hindu mythology. The other tear is believed to have dropped in Choa Saidanshah valley in Disctrict Chakwal that is now part of Pakistan. The lake thus formed is called Amrit Kund (meaning holy water) and is part of the Katas Raj Temples Complex. This complex has several Hindu and Buddhist Temples connected to each other by rocky walkways and stone paths. Some of the temples have suffered erosion on the hands of time and weather while many others are in good shape. The recent restoration work undertaken at the complex has lent a new lease of life to many of the important temples. The Katasraj Temples Complex is located in the Potohar region of Punjab province. The temples are approximately 25 minutes drive from Kallar Kahar interchange located on Motorway, M2. 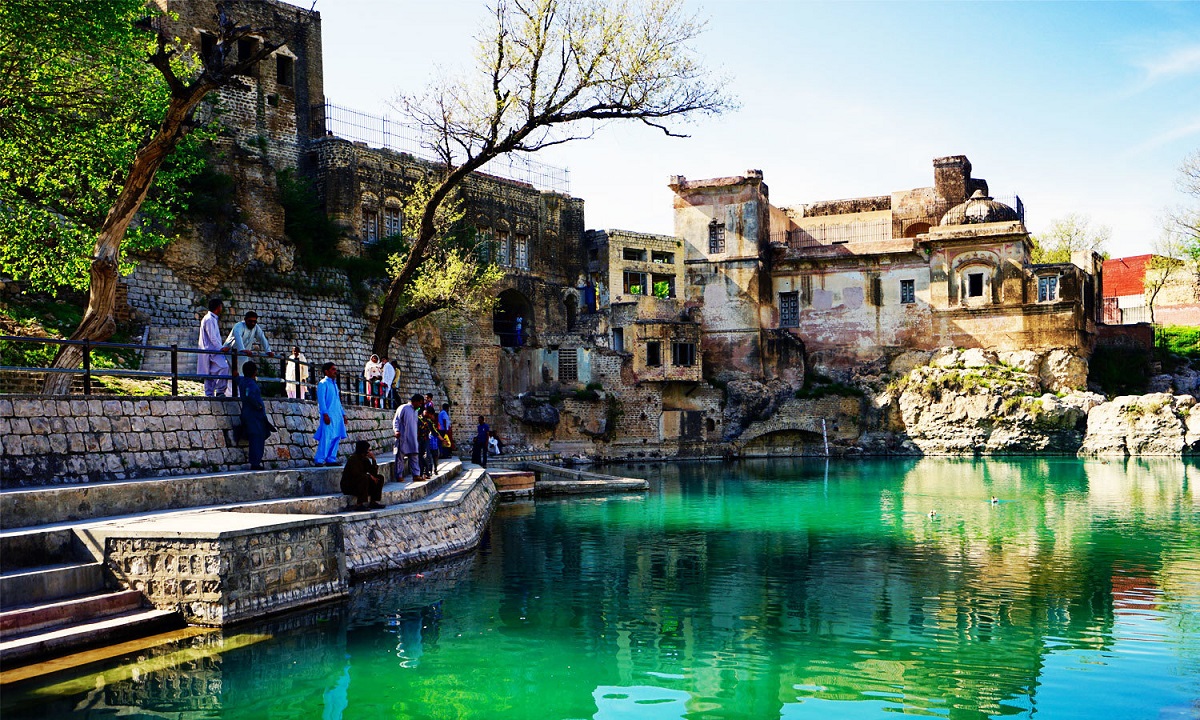 The temples have a special mention in the Sanskrit based Hindu Epic poem called “Mahabharata”. It is mentioned in the tradition that Pandava brothers spent a large part of their exile at this site. The tradition has it that when Pandavas first came to the lake to quench their thirst, the protector of the lake Yashwa challenged them to answer certain questions before they could drink the holy water. Any one answering wrong would die while the one answering correctly would have the power to resurrect the dead. It is believed that four of the brothers named Nakula, Shahdeva, Arjuna and Bhima answered wrong and died until finally Yudhisthira was able to answer correctly and resurrected his brothers back to life. Another tradition states that the foundation of the temples was laid by no one less than Krishna who is the deity of extremely higher stature in the Hindu religion. It is believed that Krishna himself installed the hand-crafted Shiva’s linga in one of the temples that exists in good shape even today.

The lake and the temples complex is considered to be the second most sacred place in Hindu religion and Hindu pilgrimages from all over the world visit this site. The founder of the Sikh Faith Guru Nanak is believed to have visited the temples as part of his travels. Hindu pilgrims from India and Pakistan visit the site for Shivratri Festival each year. Besides, the site is visited by local and international tourists and is a popular tourist attraction in the area.

The Katasraj site is believed to be house to ‘Satgaraha’ which implies seven sacred temples of which the following are the most significant ones:

Located to the east of Hari Singh Haveli is the Ramachandra Temple. It is a double story structure with 8 chambers of different sizes on the ground floor. A staircase leads to the first floor with balconies that have seen some erosion on the hands of time. There is only one entrance to this entire complex. 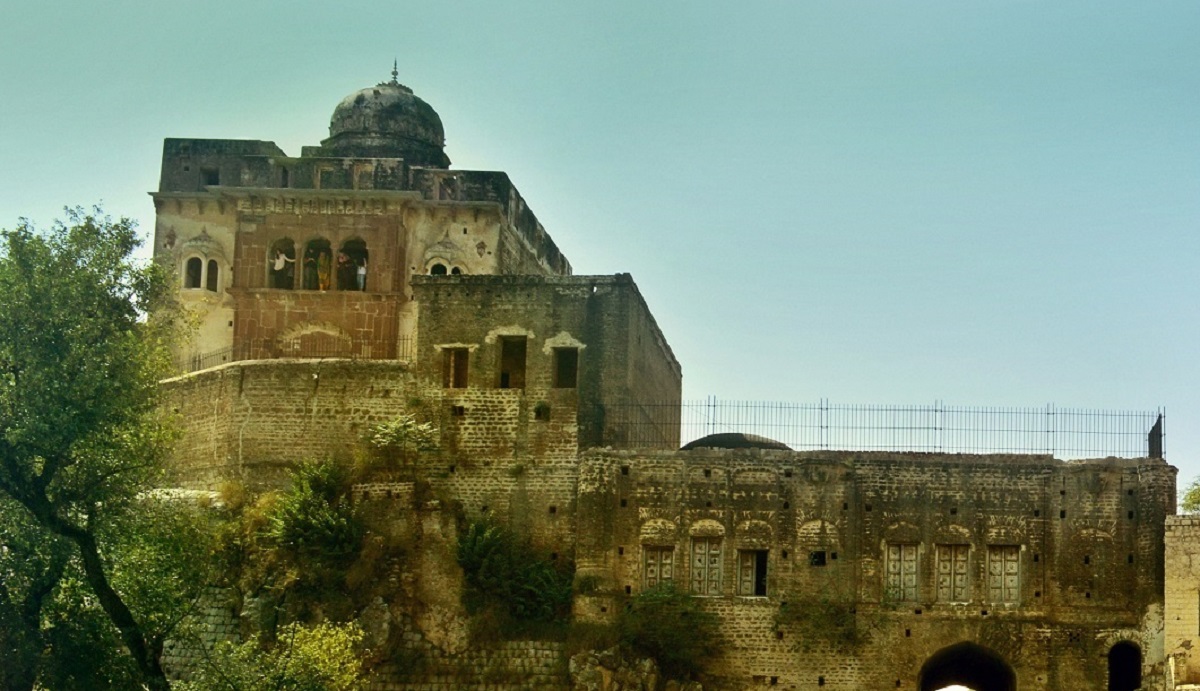 The Shiva’s temple is located in the part of the complex that lies east of the sacred lake. Hindus believe that the Shiva’s linga housed in the temple was installed by Lord Krishna himself. 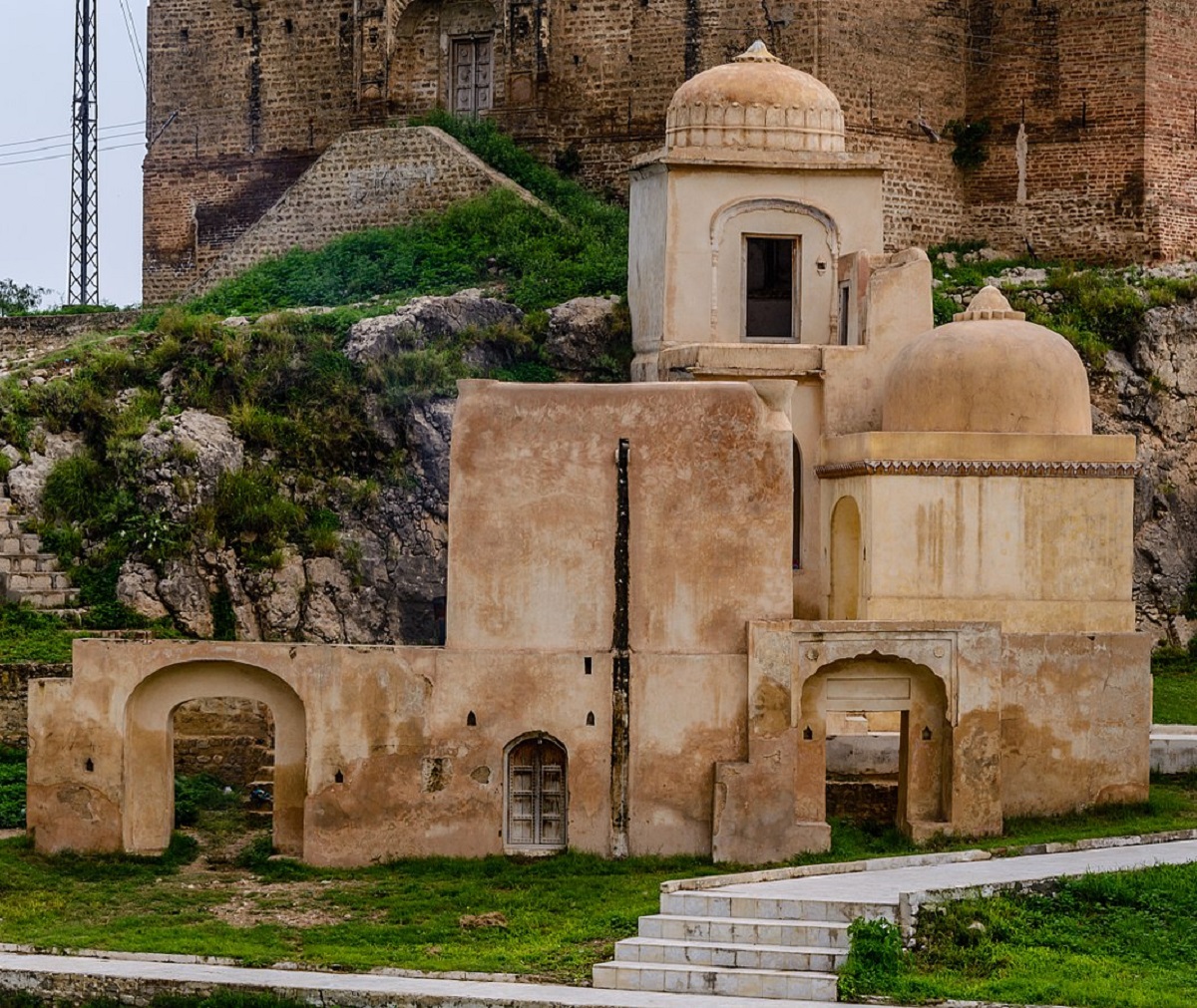 Hanuman Temple is located in the extreme western part of the complex and has seen lot of erosion over time. 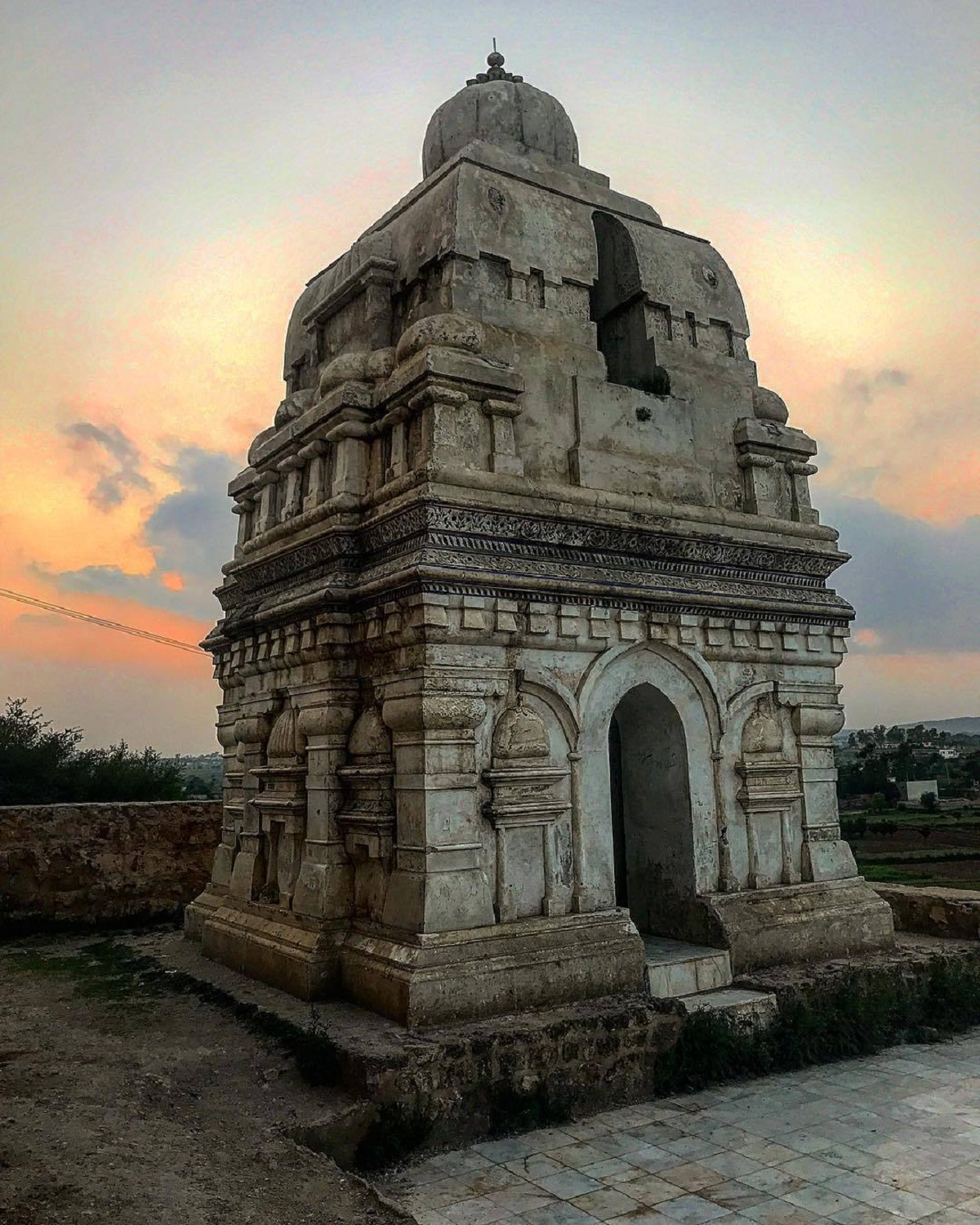