The Karakoram Highway (KKH) took 20 some years of joint Pakistan-China effort to build (and rebuild more often) and finish the project. Close to 1000 men and women from Pakistan and China lost their lives during the construction of this highway. The highway is then rightfully called the Eighth Wonder of the World. The road that runs from Islamabad, Pakistan to Kashgar city in Xinjiang, China traverses through the most rugged mountains of the 3 Big Mountain Ranges of Himalaya, Karakoram and Koh Hindu Kush and links some of the most beautiful places on the planet. Hence, a voyage along the Karakoram Highway is travelers’ lifetime dream the world over. 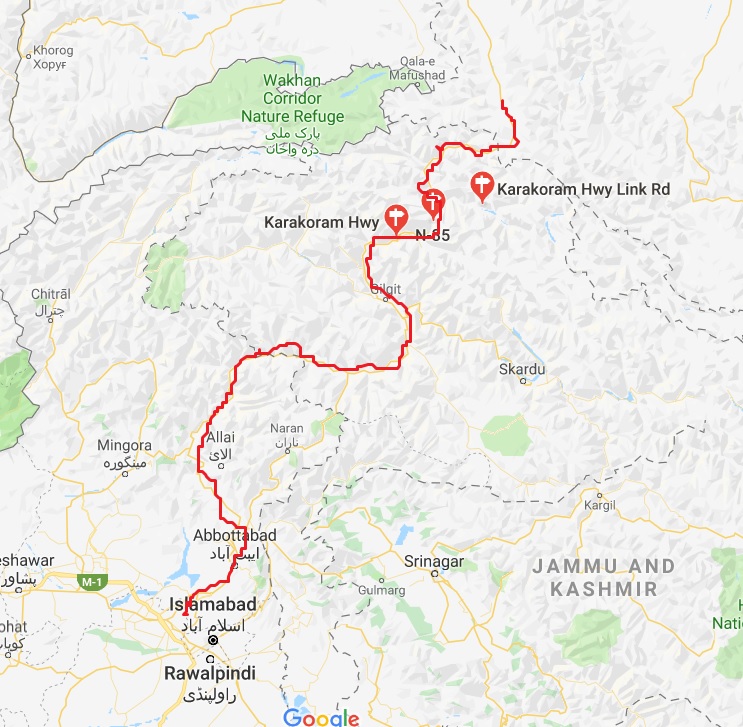 Image of Google map with alignment of KKH in red line 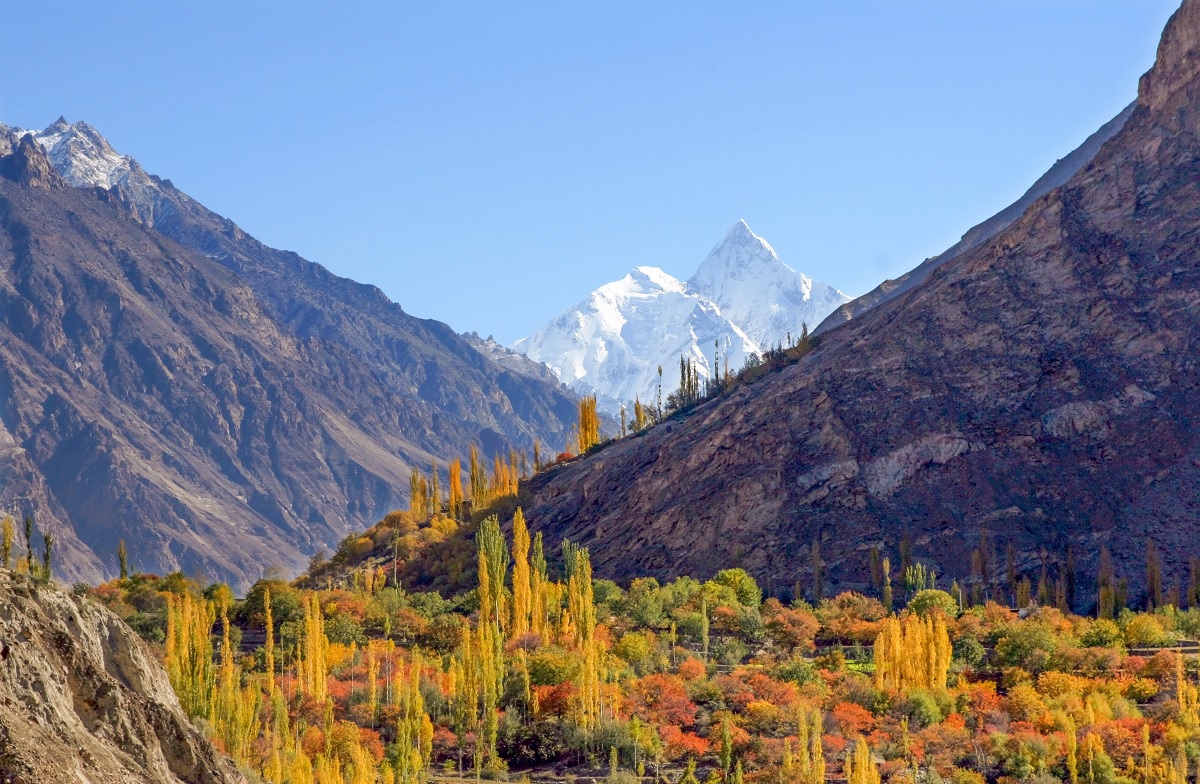 A view of Hunza Valley

The KKH, also known as the pak-China Friendship Highway, was built jointly by the governments of Pakistan and China. The work on the project started in 1959 and was not completely finished until 1979 when the road was inaugurated for general public. On the Pakistani side the work was undertaken by FWO a subsidiary owned by Army Corps of Engineers. Brigadier (Retired) Muhammad Mumtaz Khalid of the Army Corps of Engineers have written a detailed account of the planning and construction process and history of the project. Close to 1000 fatalities occurred during the 20 years of the project work which included about 200 Chinese workers who are buried in Gilgit. The opening of the road marked the beginning of a new era in Pakistan-China cooperation in trade, industry and construction of communication infrastructure. 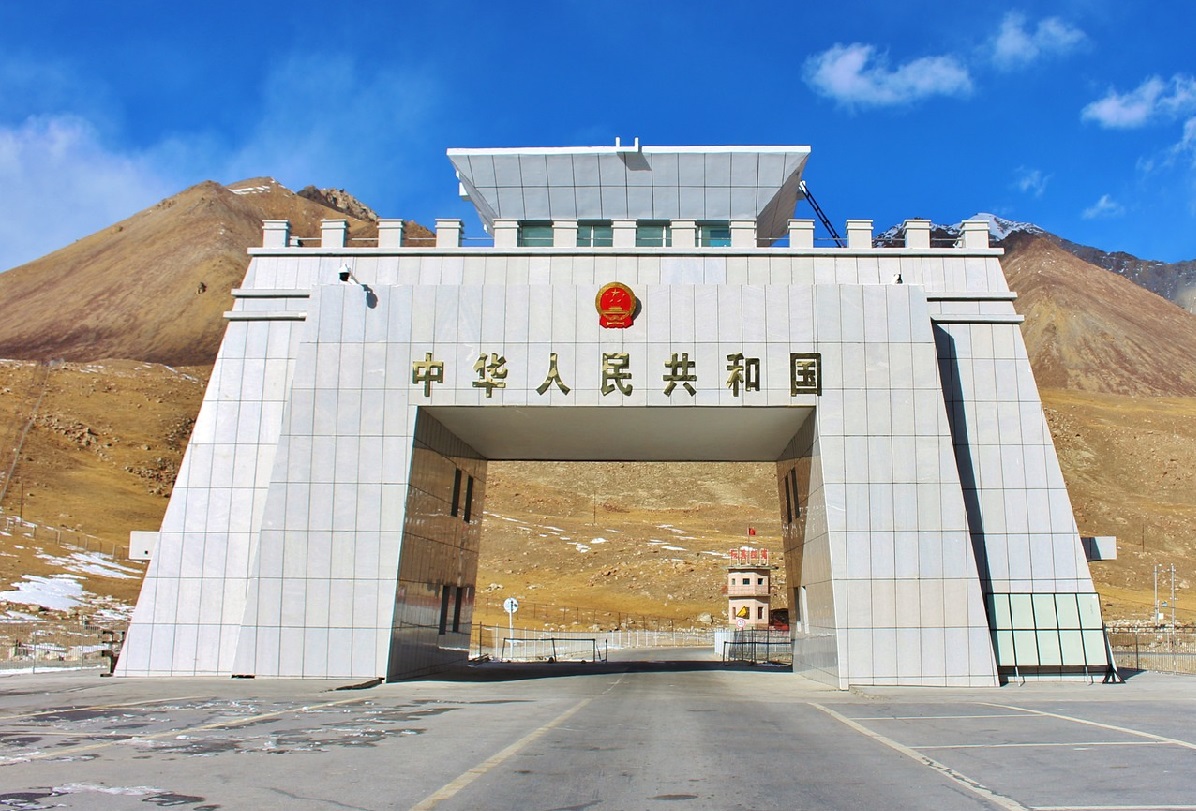 The KKH officially starts at Hassan Abdal, a small town in the Rawalpindi region of Punjab Province of Pakistan, located at a modest altitude of 1,010 feet above the sea level. It passes through the evergreen and serene Hazara Valley and traverses through smaller towns like Haripur and Havelian. From Havelian it climbs up to Abbottabad Valley located at an altitude of 4,120 feet with Abbottabad being a cantonment city with its local tourist attractions like Ilyasi Mosque, Sarban Dhaka Top and military museums. Pakistan’s famous military officers’ academy, Kakul is also located in Abbottabad. From Abbottabad onwards the KKH becomes more like a mountain road climbing up and down. Mansehra, a small town located at the junction of KKH and route to Kashmir region is a town of significant importance and a tourist attraction with its stone inscriptions dating back to the days of Ashoka the Great. The town has stones and structures that bear witness to many ancient and recent civilization. From Mansehra onwards the road attains height gradually and passes through smaller towns like Dhodial, Battal, Battagram, and crosses famous River Indus between Thakot and Dandai. Thereafter it moves along the spurs descending from the west into River Indus.

At Besham City KKH it is joined by another very important road, Highway 90 merging from Mangora Valley side. From Besham City it takes a northern and later eastern orientation traversing upstream the course of River Indus, passing through Dassu and Chalas and reaching the town of Jaglot. Jaglot is a town famous the world over as it is located on the confluence of the 3 Biggest Mountain Ranges in the world namely Great Himalayas, Mighty Karakoram and Koh Hindu Kush. 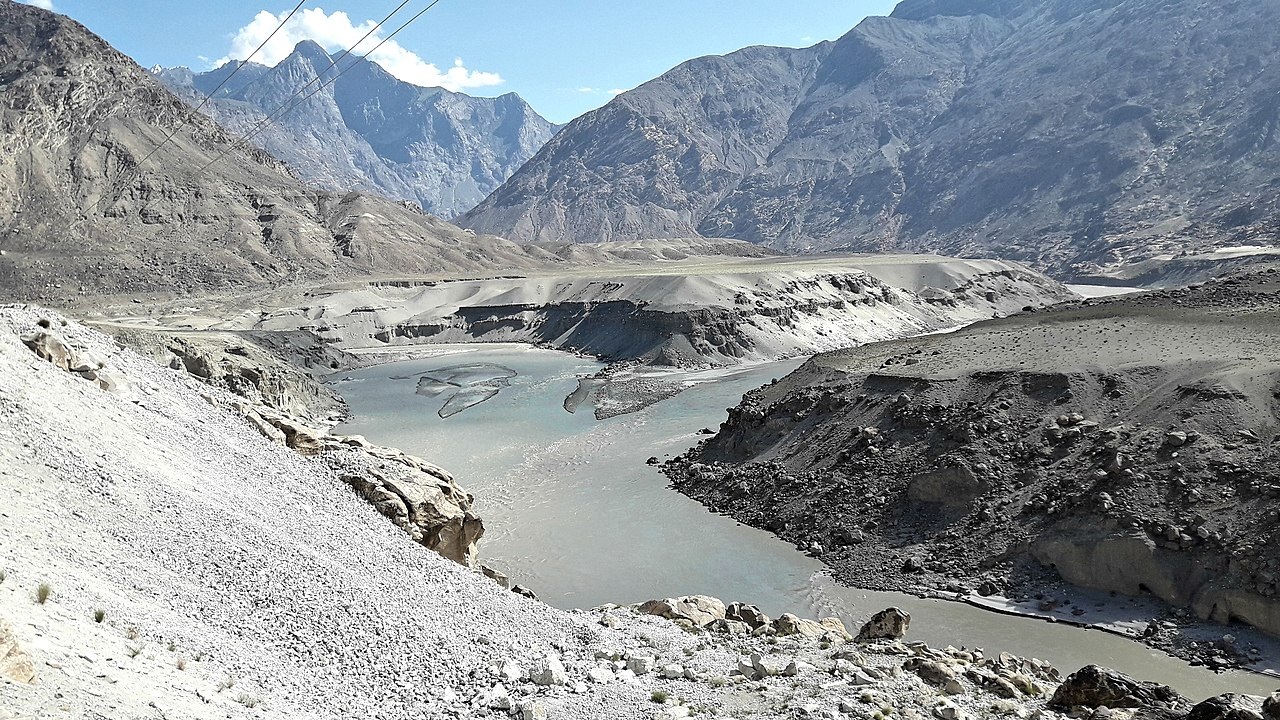 Some of the world’s highest mountains are located in this region of Pakistan called Gilgit-Baltistan including K2 (the second highest peak in the world), Rakaposhi, Nanga Parbat, Gasherbrum, Broad Peak, and Masherbrum. Most of these mountains are famous Eight-thousanders. Glimpses of many of these peaks can be had from different viewpoints located along or close to KKH. The next major town is Gilgit which is also the capital city of Gilgit-Baltistan province and an ancient city along the old silk route. The route from Gilgit to Khunjerab Pass is a daring drive over the KKH passing through the toughest mountains and the most beautiful valleys touching the towns of Rahimabad, Karimabad, Gulmit, Sost and reaching Sost where it enters Chinese territory of Xingiang and terminates at Kashgar. The stretch of KKH on the Chinese side is equally beautiful passing through valleys and traversing lakes that are famous tourist attractions the world over. To cross over to the Chinese side travelers need to obtain visa in advance from Chinese Embassy located at Islamabad or Chinese Consulates located in all major cities of Pakistan.

Depending upon available time and budget different means are available to travel along the KKH. An extreme adventure would probably be to walk the entire length of the road from Islamabad to Khunjrab Pass but that would be little too unrealistic. People have done it on bikes but motorbikes are most commonly used by the youth in Pakistan and bikers from abroad. Another way could be to hitch hike asking lift from truckers plying locally and cross border. Regular bus service is available between Islamabad and Gilgit. Local transport may be used beyond Gilgit upto Khunjrab. But perhaps the best way to travel would be to use your own transport. You must, however, use reliable vehicle, especially when travelling with family and children. 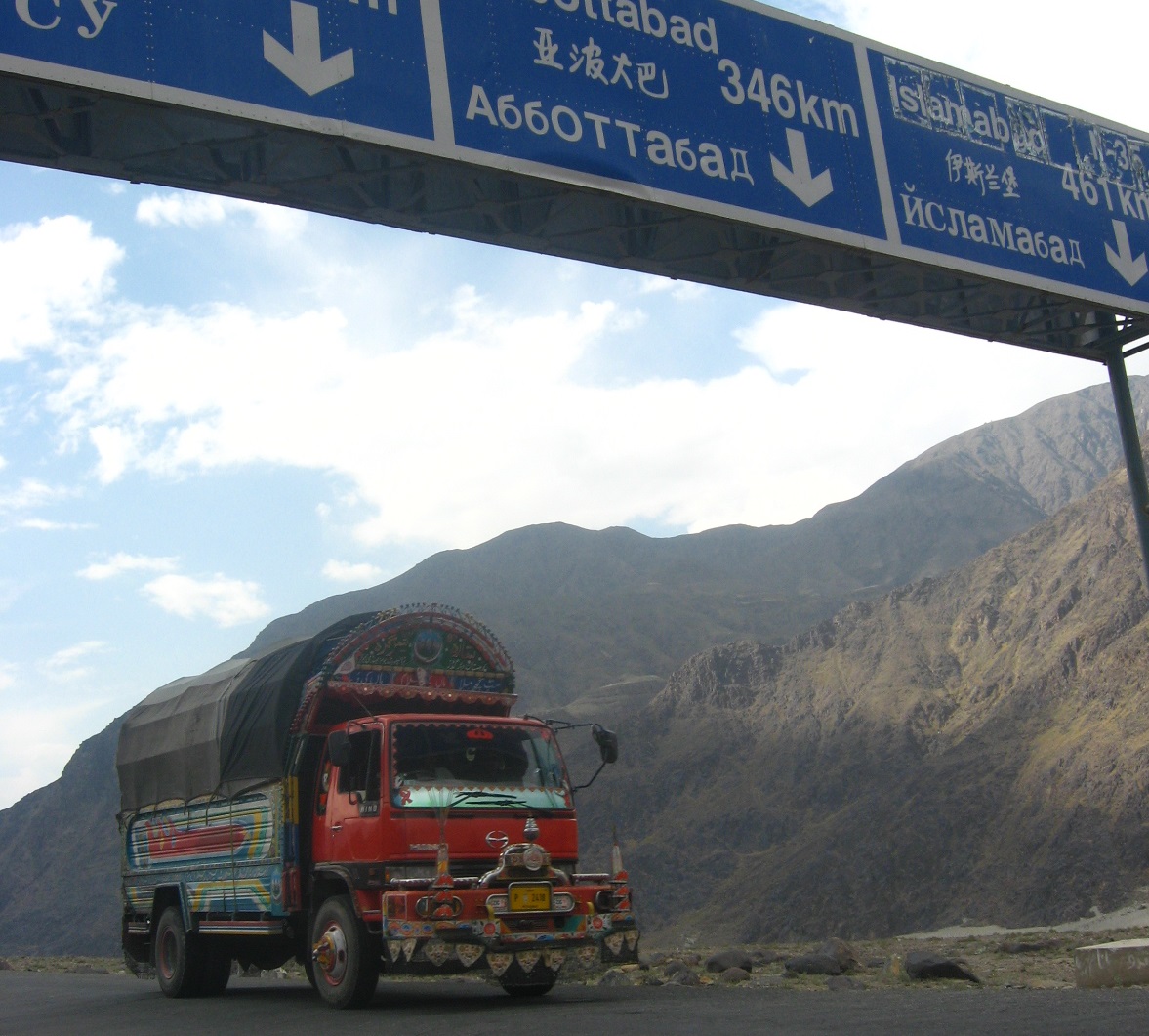 Truckers along KKH are usually very friendly and helpful

Following is the list of significant cities and towns along the KKH. Most of these places have lodging and food facilities suited to various budgets.

Following is the list of major rivers and lakes you come across while travelling along the KKH. Most of these are natural wonders and objects of natural beauty.

Some of the prominant glaciers that can be viewed while travelling along the KKH include: