Islamabad is the capital city of Pakistan and together with its twin city Rawalpindi one of the major urban centers of Pakistan. While Rawalpindi is an old and historical city, Islamabad is comparatively newborn city that was purpose made to be the capital city of Pakistan. Soon after the independence of Pakistan in 1947 Karachi was declared the first capital of the country. However, considering its location on a fringe and proximity to India via sea route need was soon felt for moving the capital to a more secure place. Islamabad was developed as a planned city in the 1960s on a master plan prepared by a team of local and international architects and town planners.

Islamabad is located on the Pothohar Plateau between Rawalpindi and Margala Hills. Margala Hills and surrounding areas have been converted into a National Park to preserve the animal species some of which are rare and endangered. The Margala Pass has historically been the gateway between Punjab’s Potohar region and Khyber Pakhtunkhawa and that way Islamabad is located in the center of two provinces of Pakistan.

Islamabad enjoys a humid subtropical climate with five distinctive seasons: Winter (Nov–Feb), Spring (March–April), Summer (May–June), Rainy Monsoon (July–August) and Autumn (September–October). June is usually the hottest month in Islamabad when the temperatures may be as high as 38 °C. January is generally the coolest month with temperature dropping below zero especially when the surrounding hills get snowfall.

Islamabad has a population of approximately 1.1 million that makes it the 9th largest city of Pakistan. Rawalpindi-Islamabad Metropolitan Area with a population of over 4 million is the 3rd largest urban area after Karachi and Lahore. Islamabad is categorized as a gamma-global city and is high on the Human Development Index. Islamabad has an HDI of 0.875 which is 2nd highest in the country after Lahore.

Islamabad being the capital city of Pakistan has a mix of local and global cultures and is a cosmopolitan city. Urdu, English and Punjabi are the most widely spoken languages in Islamabad. Besides there is fair representation of Sindhi, Balochi and Pashto speaking people in Islamabad. Islam is the majority religion here but worship places of almost all religions and faith exist in Islamabad. 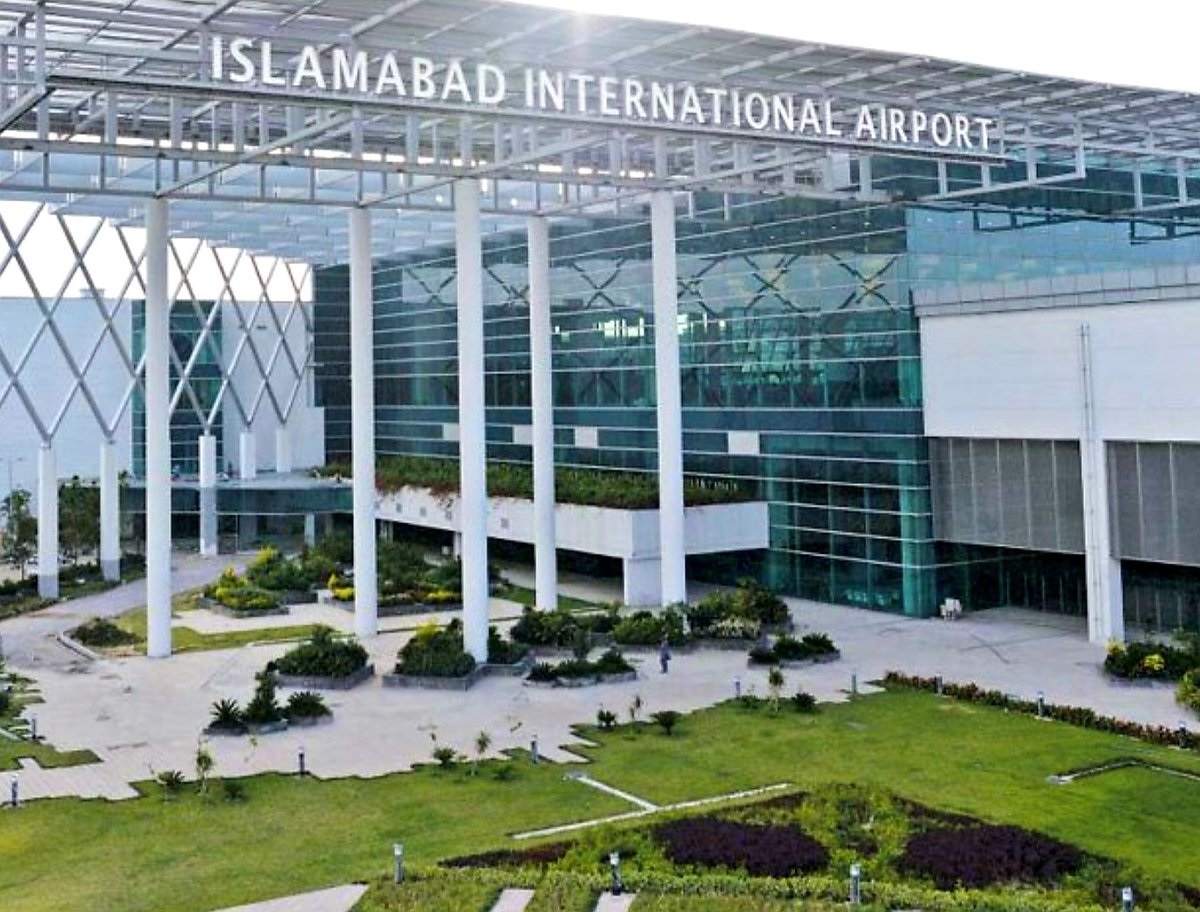 How to Get to Islamabad

Islamabad is also connected via train (upto Rawalpindi) and bus service with almost all major towns and cities of Pakistan. To find railway and bus service to/from Islamabad you may click the following links:

Moving Around in Islamabad

Rawalpindi-Islamabad Metro Bus Service is the most economical and safest mode of travel within Rawalpindi-Islamabad Capital Area. Local buses, minibuses, taxis and auto-rickshaws are abundantly available. Following operators run bus and taxi services that can be coordinated using their respective apps available on Google Play Store:

Islamabad has a number of national and international hotel brands. Besides local hotels, inns and motels are available to suit different budgets. We are in the process of compiling a list of hotels and other lodging options in Islamabad. A link will be provided here as soon as available.

The list of historical sites, contemporary buildings, museums, libraries, theme parks and gadens, masloleums, and lakes is unending. ONe may stay several months at Islamabad and still may not be able to see whole of the attractions at and around Islamabad. Some of the major tourist attractions at Islamabad are covered below:

Located on the foothills of Margala Hills, Faisal Mosque is a major tourist attraction of Islamabad. Constructed in 1976 the mosque is an architectural and engineering marvel and iconic building of Islamabad. The mosque features a classic blend of Islamic and Arabic architecture and has a contemporary design. The mosque with a covered area of approximately 54,000 ft sq can accommodate up to 75,000 worshipers in the covered and adjacent courtyards.. Until 1986 Faisal Mosque had been the biggest mosque in the world. The mosque has an affiliated library and Quran Gallery. 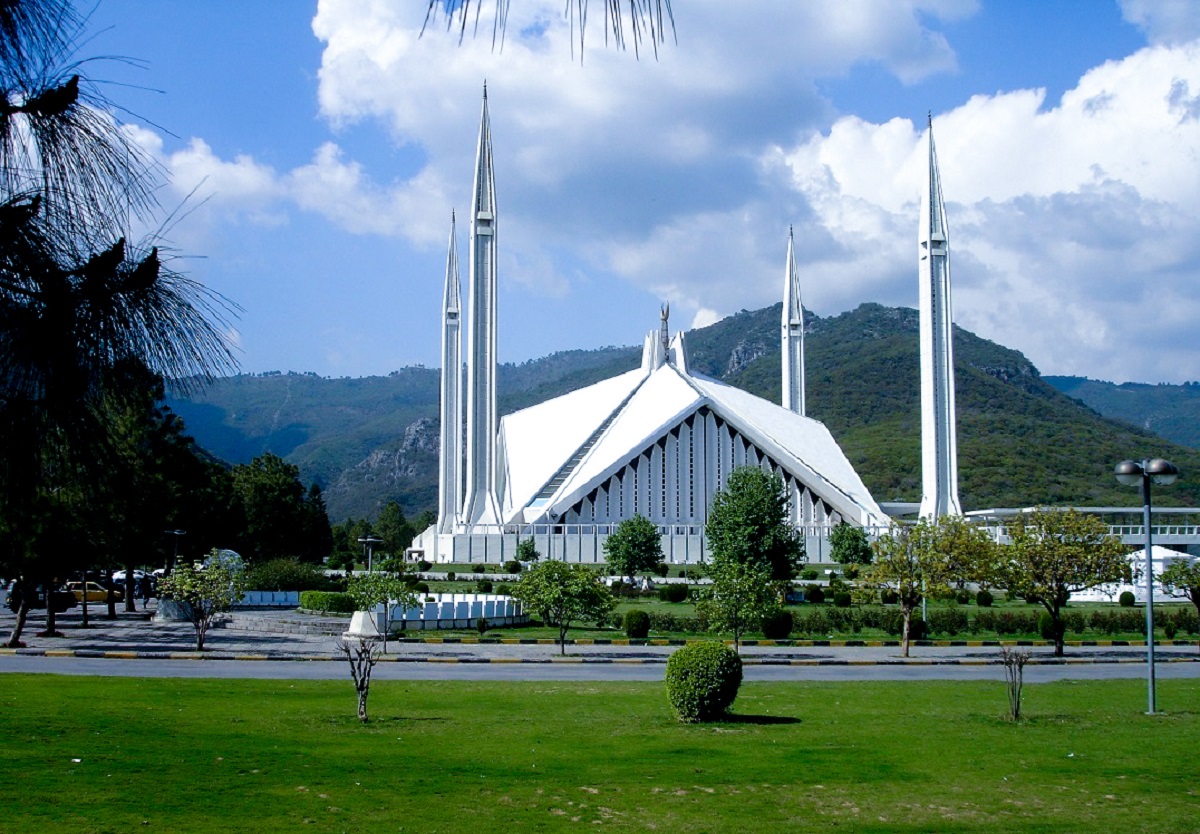 Dame-e-Koh is a hill top park located in the Margala Hills near Islamabad. The park has view point from where you can have a good view of the city of Islamabad with all its beauty and serenity. The night time view is especially very panoramic and colorful. The park has ample parking spaces, walkways, gardens, cafeterias, food stalls and an open air restaurant. 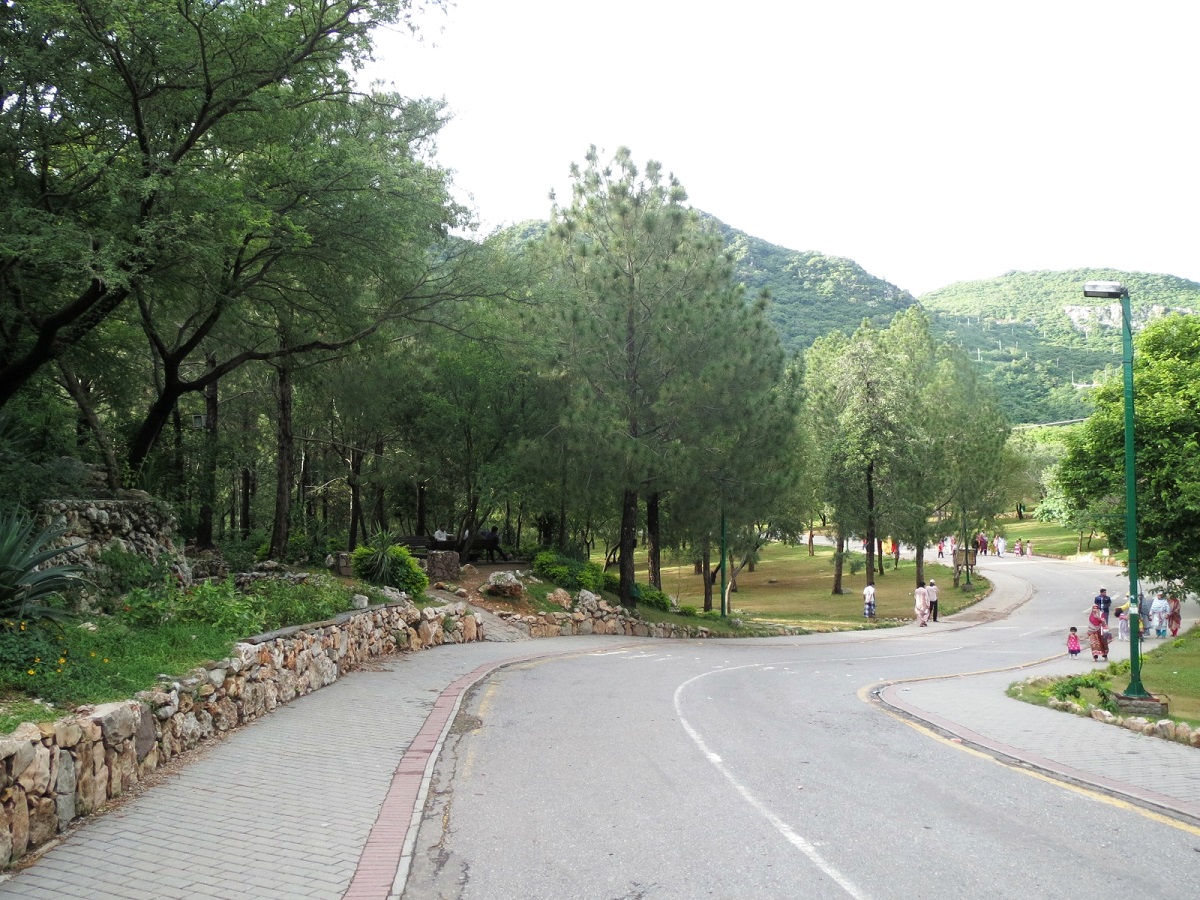 Islamabad Zoo, previously named Marghazar Zoo, is an 82 acre of zoological park under the administration of Capital Development Authority of Pakistan. The zoo was established in the year 1978 and is house to number of species of mammals, reptiles, birds, and other animal species. 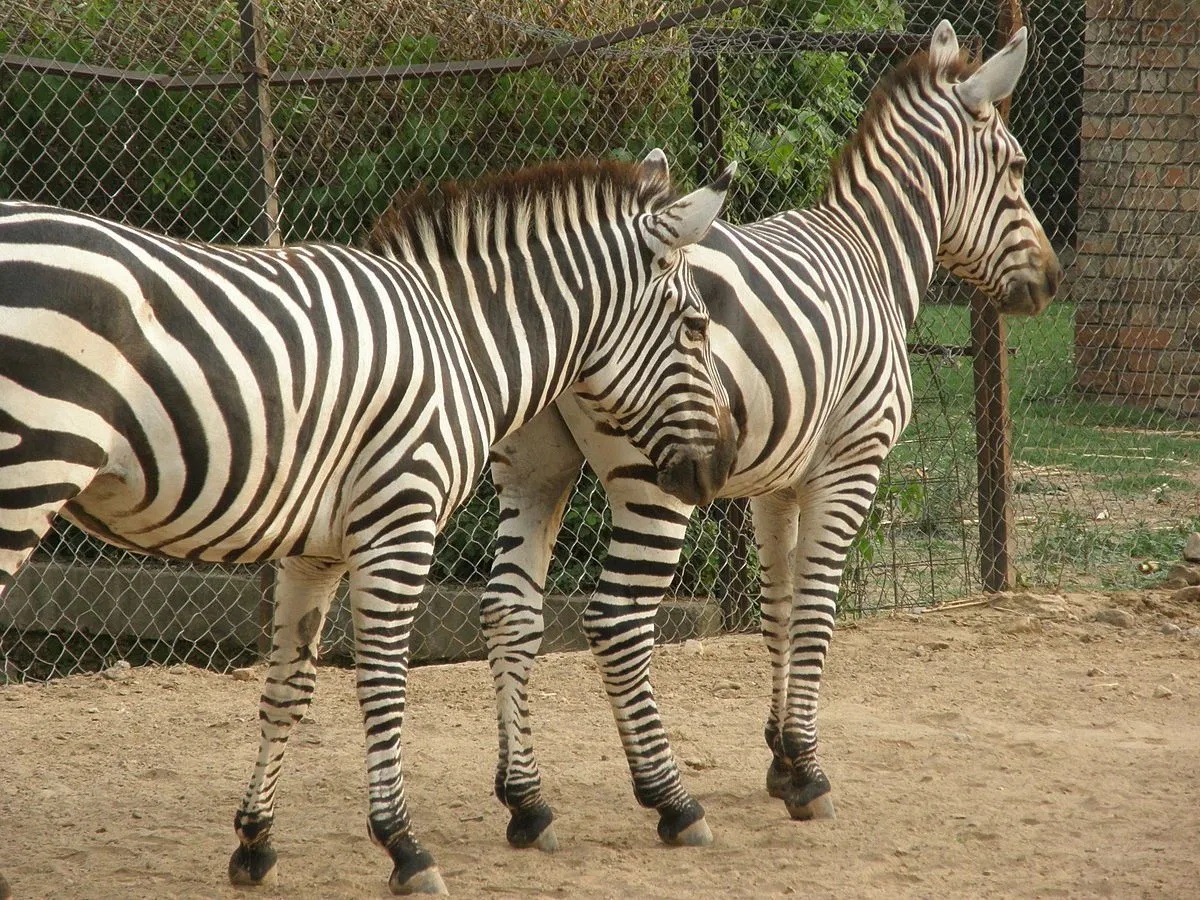 Lok Virsa Museum, meaning “Heritage Museum” is dministered and managed by and autonomous body called National Institute of Folk & Traditional Heritage. The museum has artifacts, art pieces, paintings and objects that depict the culture, traditions and living style of the people of Pakistan. The museum consists of several buildings and an outdoor display and can accommodate up to 3000 visitors at a time.

Margalla Hills National Park is located in Islamabad Capital Territory. The park includes the lower spurs of the Himalayas called Margala Hills, Shakarparian Park and Rawal Lake. Established in the year 1980, Margalla Hills National Park covers approximately 17,386 hectares (67 mi sq). Tilla Charouni (1604 m) is the highest point in the park. The area reserved as the park is rich in biodiversity and Sino-Himalayan flora and fauna. The park is home to around 600 plant species and a large variety of birds, reptiles and mammals species. It is not recommended to walk in the park after sunset as some of the cat and leopard species can be dangerous. 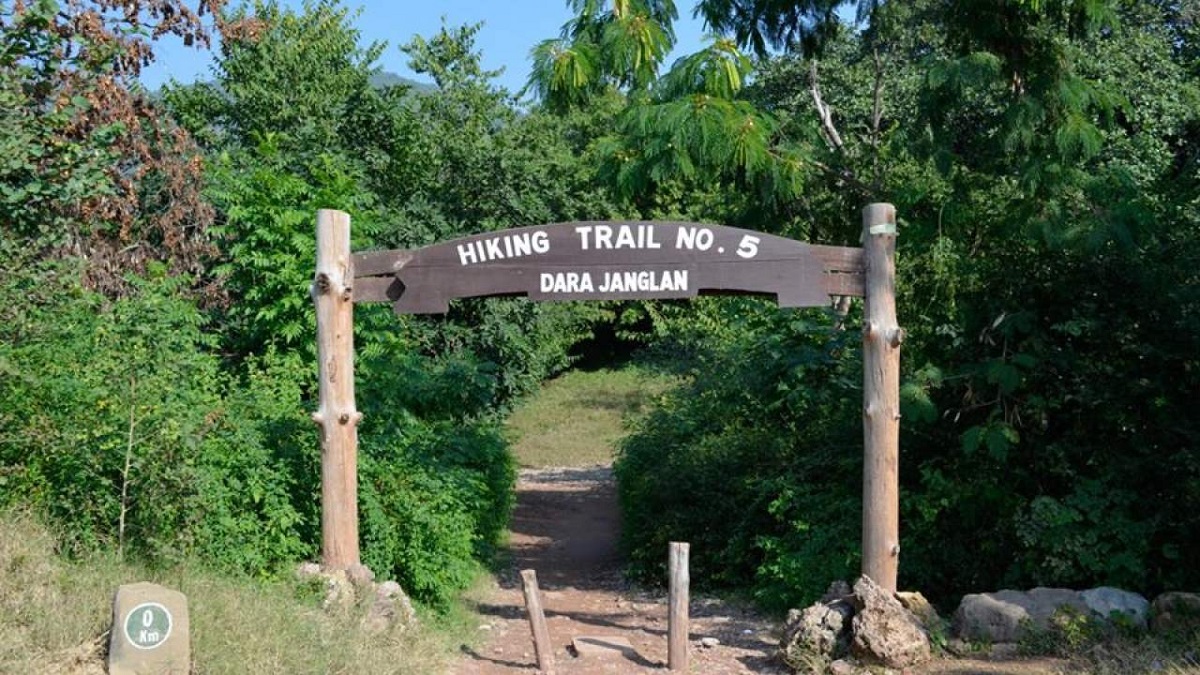 Murree Hills is a mountain resort located approximately 30 km North-East of Islamabad. Murree Hills are part of the lower Pir Panjal Range which in turn is part of the Great Himalayan Range. Murree is a popular tourist destination especially in summers and during the snowfall season in winters. Murree Hills with the adjoining Galiyat region is home to some of the rare birds and animal species. Several species of monkeys and baboons can be spotted on a pleasant day while driving along the Road Murree-Islamabad. 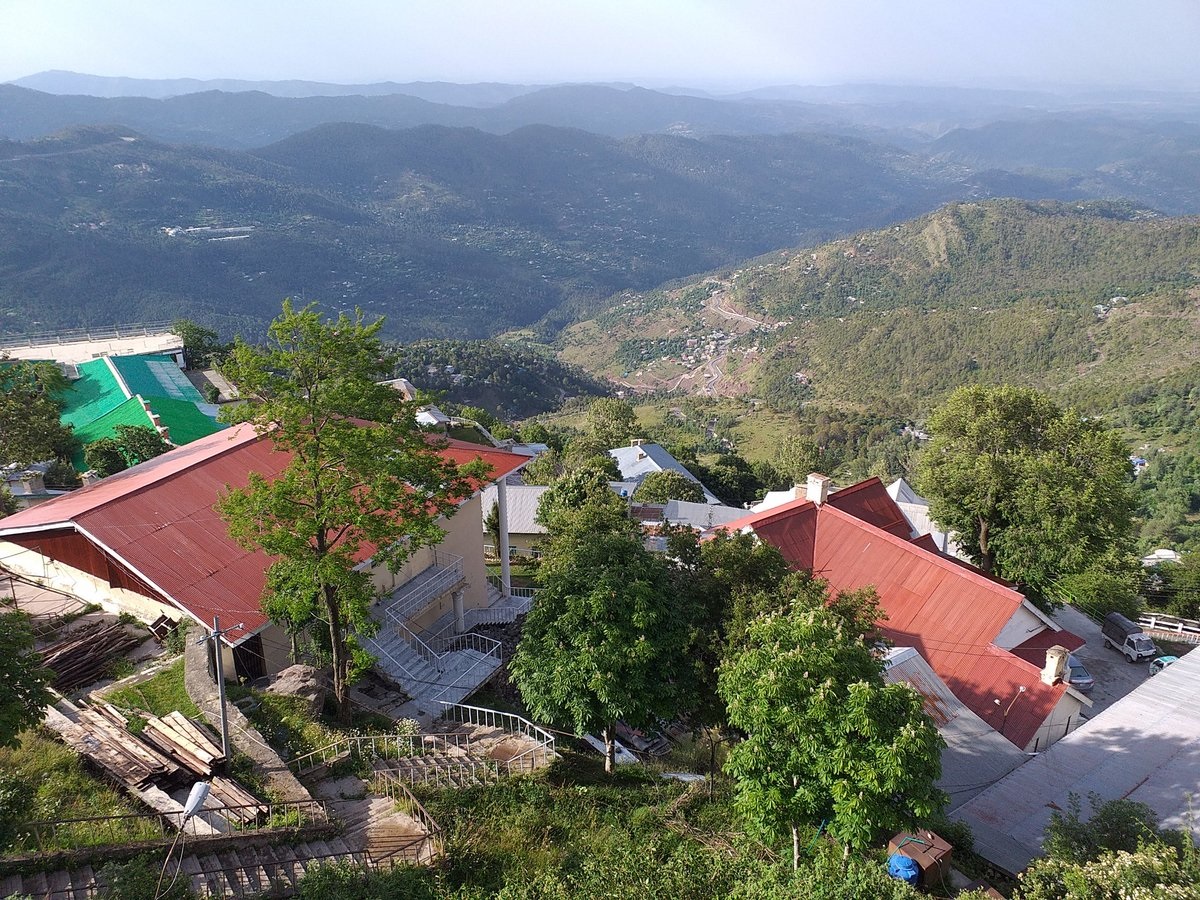 The Pakistan Monument is a purpose built iconic structure with a heritage museum located on the Western Shakarparian Hills in Islamabad. The monument symbolizes the unity of the people of Pakistan. Being located on an elevated ground the monument is visible from a distance and is a popular tourist attraction of Islamabad. 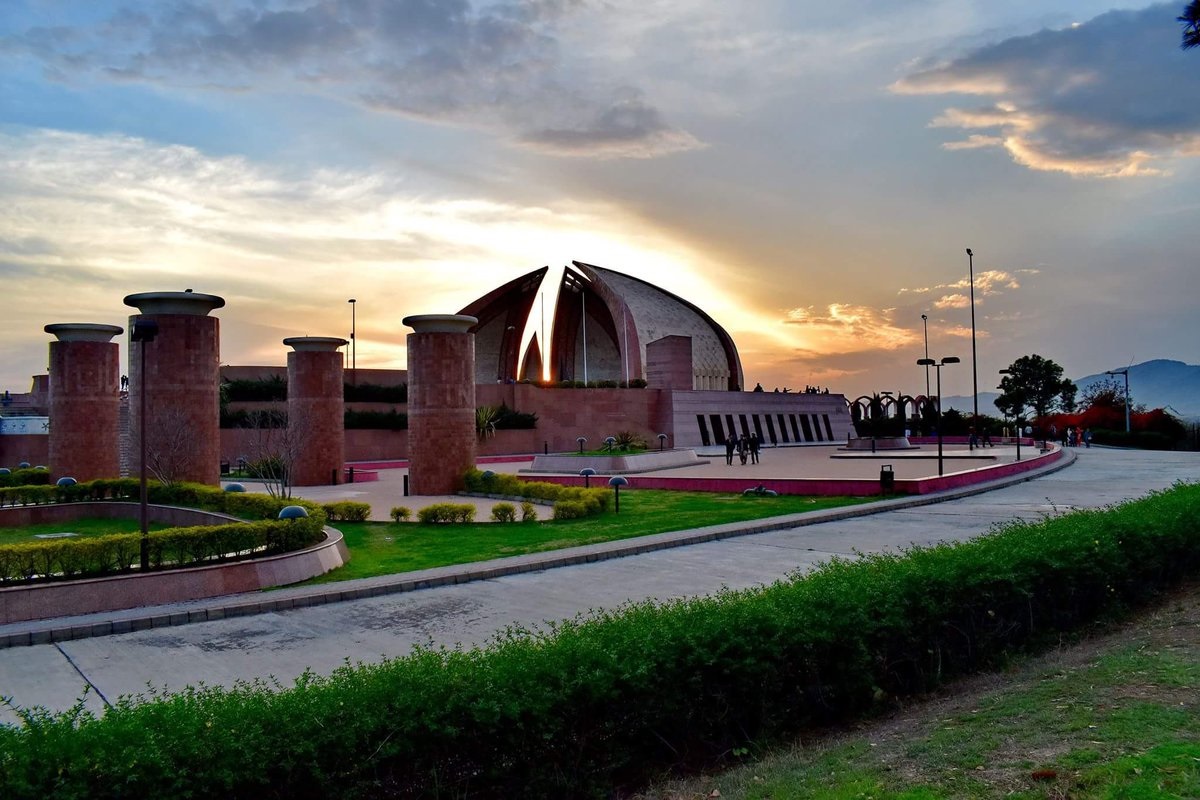 Pakistan Museum of Natural History was established in the year 1976. The museum has several exhibits and galleries with vast collection of objects depicting the ecology, geology, and geography of Pakistan. The museum is administered by The Science Foundation under the Ministry of Science and Technology. The museum also acts as a research centre in ecological and geological developments. 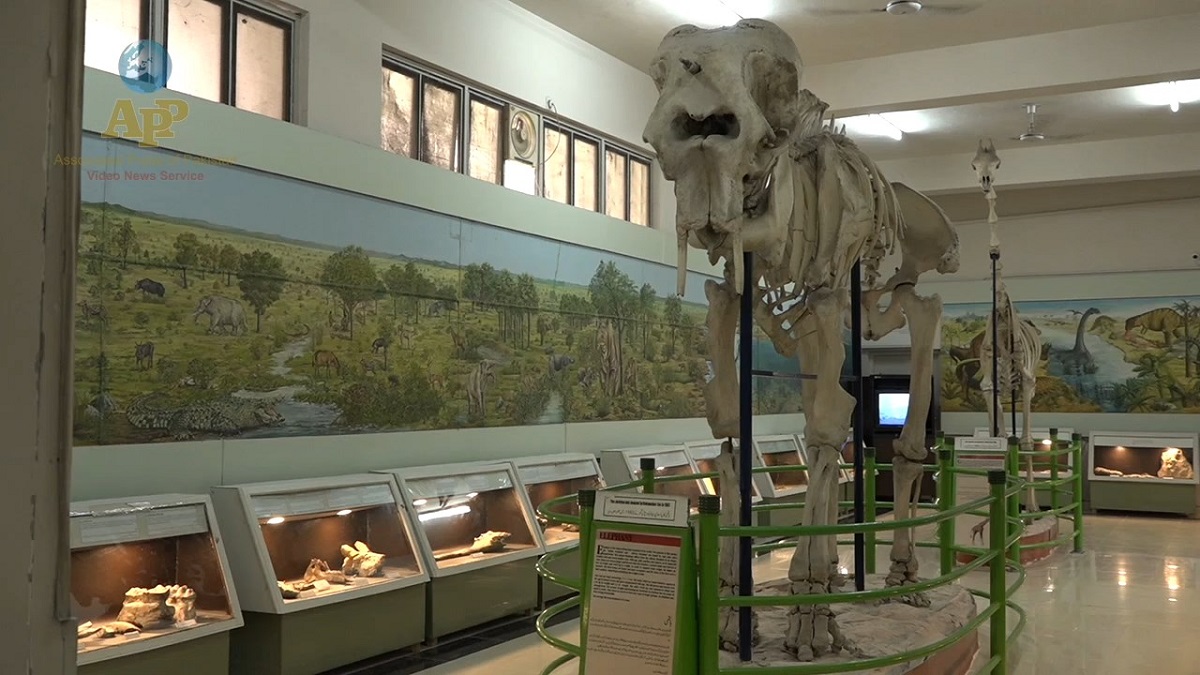 Rawal Lake is an artificial lake formed by diverting waters from Korang River and some smaller streams. The reservoir serves the water needs of Rawalpindi-Islamabad urban territory. The areas along the banks of Rawal Lake have been developed as parks and picnic spots. The lake with its surrounding areas is a popular tourist attraction of Islamabad-Rawalpindi. 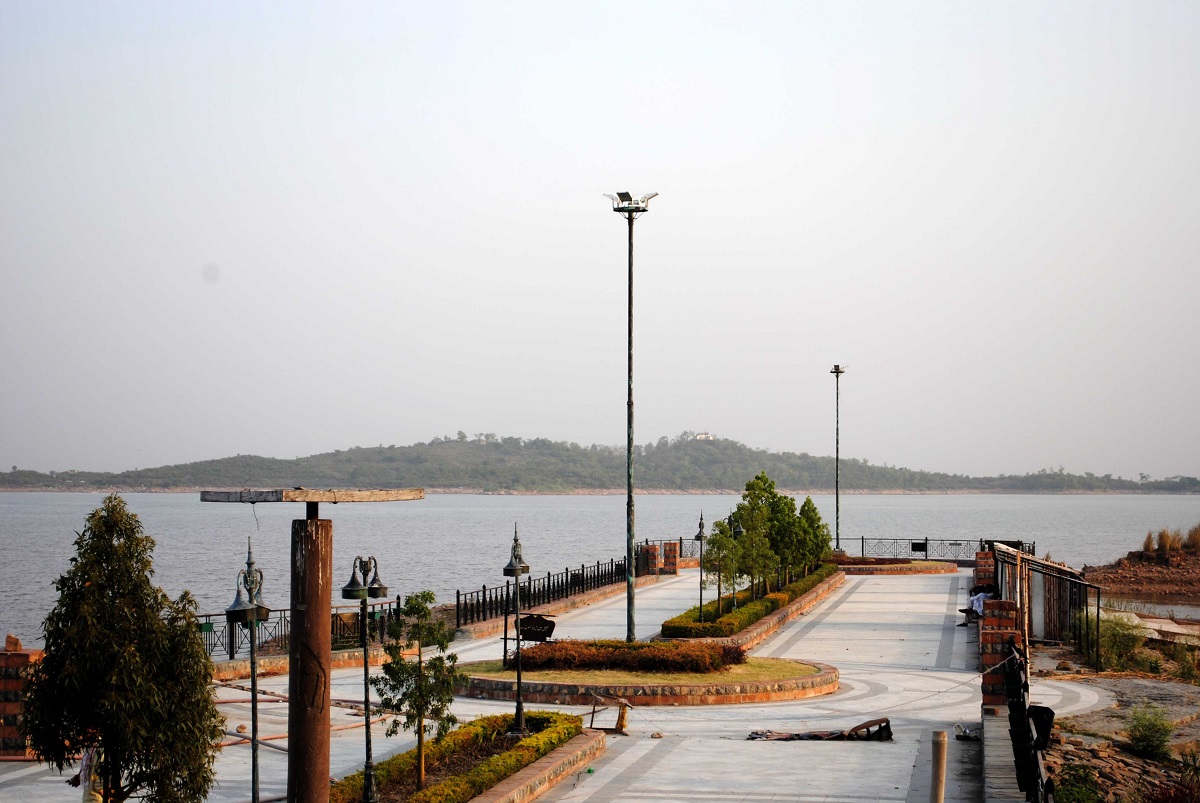 With a large number of foreign embassies and consulates located in Islamabad, food here has wide and varied flavor. There are all sorts of restaurants catering to various tastes and needs. There are a number of international food chains with multiple stores and restaurants besides national brands and local joints serving quality food within various budgets. We are in the process of compiling a list of restaurants and food places in Islamabad and will provide a link to the page as soon as available. 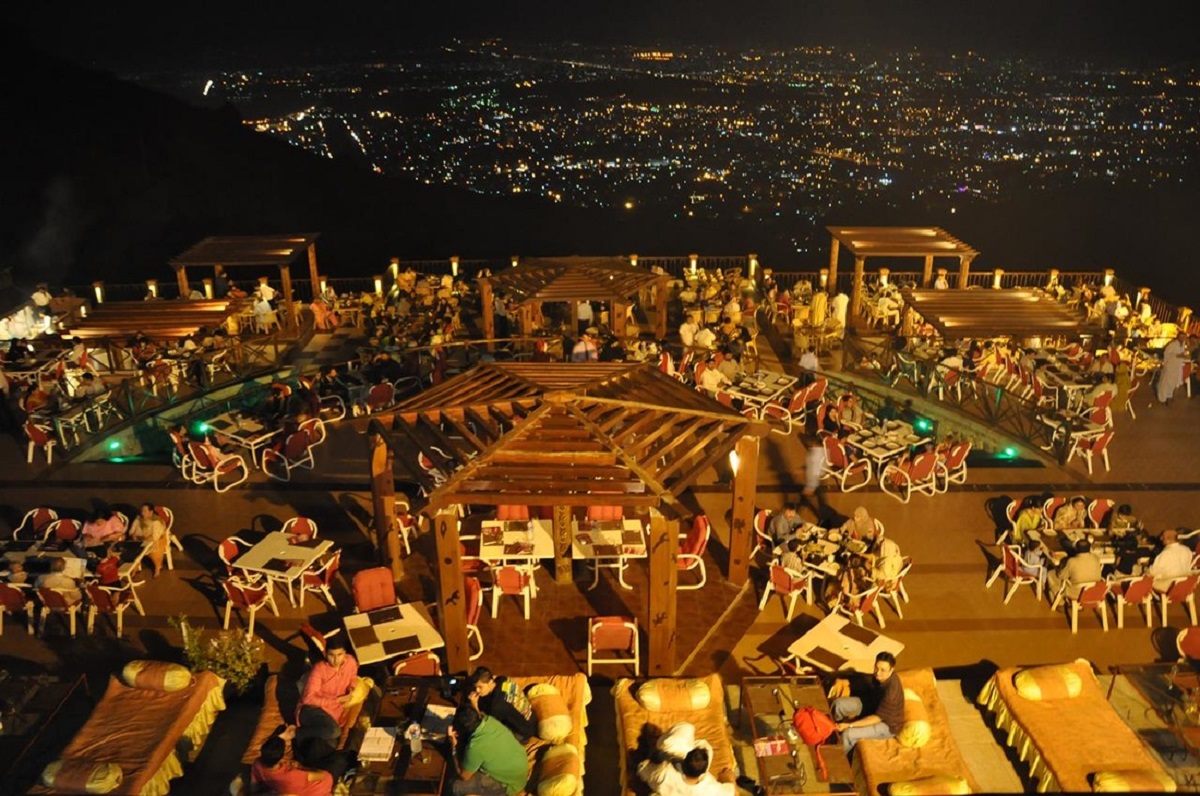 View of a famous restaurant in Islamabad