Lieutenant (later Lieutenant Colonel) Thomas George Montgomerie (1830–1878) of the Royal British Survey Group must have had no idea of what his work would mean in the future when he alongwith his team commenced the Great Tigonometric Survey of the Karakoram Range from almost 200 kilometers away. He certainly had no means to known that the numbering assigned to different features with letter K (for Karakoram) affixed to the numbers would be immortalized for ever. For instance he was the one to label K2, the second highest mountain in the world, the K standing for Karakoram. Although different names are used by climbers and mountain lovers from various parts of the world for K2, the term "K2" has become, and continues to be the most commonly name used for the mountain.

One of the most significant work of Lieutenant Colonel Montgomerie was the survey of the karakoram peak that he labelled K5 (meaning the 5th peak to have been surveyed during his work) K5 later came to be known as Gasherbrum I within the mountaineering circles. The locals call it 'Rgasha Brum" meaning the Beautiful Mountain. In 1892 Sir William Martin Conway, the famous British cartographer gave the alternate name, Hidden Peak, due to extreme remoteness and submerssion of Gasherbrum I with the surrouding peaks like K2 and similar other high peaks of the Karakoram Range. 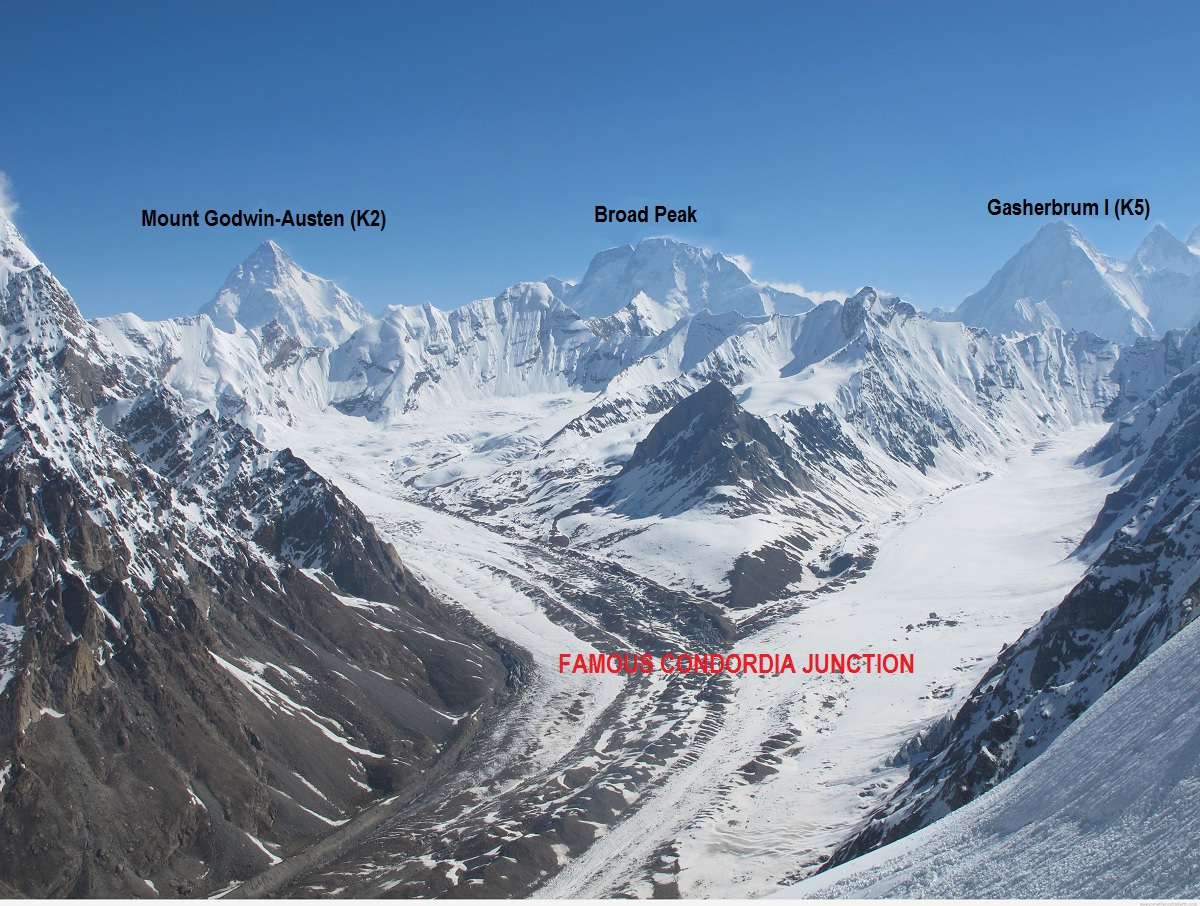 With an altitude of 8,080 m (26,510 ft) above sea level Gasherbrum I is ranked the 11th highest mountain in the world. It is located in the Gilgit-Baltistan region of Pakistan. Being located on the Pakistan-China border, the peak is also accessible from the Xinjiang region of China. However, the best route to to the peak is considered the one via famous Concordia Junctions. Gasherbrum I is part of the well known Gasherbrum Massif that is home to at least a dozen world class mountains.

There had been at least two unsuccessful attempts at climbing Gasherburm I before it was successfully climbed by the US Expedition led by Nicolas Clinch via Roch Ridge in 1958. Earlier in 1934 a large sized international team led by Swiss G.O. Dyhrenfurth had explored and determined the routes to Gasherbrum I and II. Next successful ascent was achieved in 1975 by Reinhold Messner and Peter Habeler when they reached the summit via a new route (northwest route) using alpine style climbing in a short span of three days. One day later, a second team of three led by Hanns Schell reached the summit using the route that the American has used in 1958 There after there have been numerous successful attempts by teams from different countries. There have been very few fatalities while climbing Gasherbrum I as compared to other similar height peaks.

Gasherbrum I , initially named K5 by Lieutenant Colonel Thomas George Montgomerie during his survey of the Karakoram Range about two centuries back, is a peak of significant altitude, beauty and attraction for the mountaineers. The best access to the Gasherbrum Massif lies from pakistan via Condordia Glaciers Junction although Gasherbrum I is accessible from the Chinese side as well. However, most successful expeditions have been the one from the Pakistani side.