Pakistan in a Glance

Welcome to travelinfo.pk, an online magazine committed to providing candid, accurate and timely travel information to domestic and international travelers to Pakistan. Whether you have been assigned an official responsibility in Pakistan or you are planning to travel to or transit via Pakistan you can find much of the travel information you need at travelinfo.pk. This article is intended to be the readymade brief you would like prepared before undertaking your voyage to or through Pakistan. If you are a student or a researcher with academic interest in Pakistan you can think of this magazine as your starting point for preliminary research and development of your thesis and outline for further scholarly research.

Pakistan is located between 60 - 75 degree Easting and 24 – 39 degree Northing. It shares contiguous borders with India in the East, China in the North, Afghanistan and Iran in the West and South-west respectively and Arabian Sea in the South. Pakistan has a landmass of 881,913 km2 (340,509 sq mi) which is roughly equal to the land areas of France and the United Kingdom put together. Area wise Pakistan is the 33rd largest country in the world. Pakistan has a coastline of 1,046-kilometre (650-mile) along the Arabian Sea and the Gulf of Oman in the south. 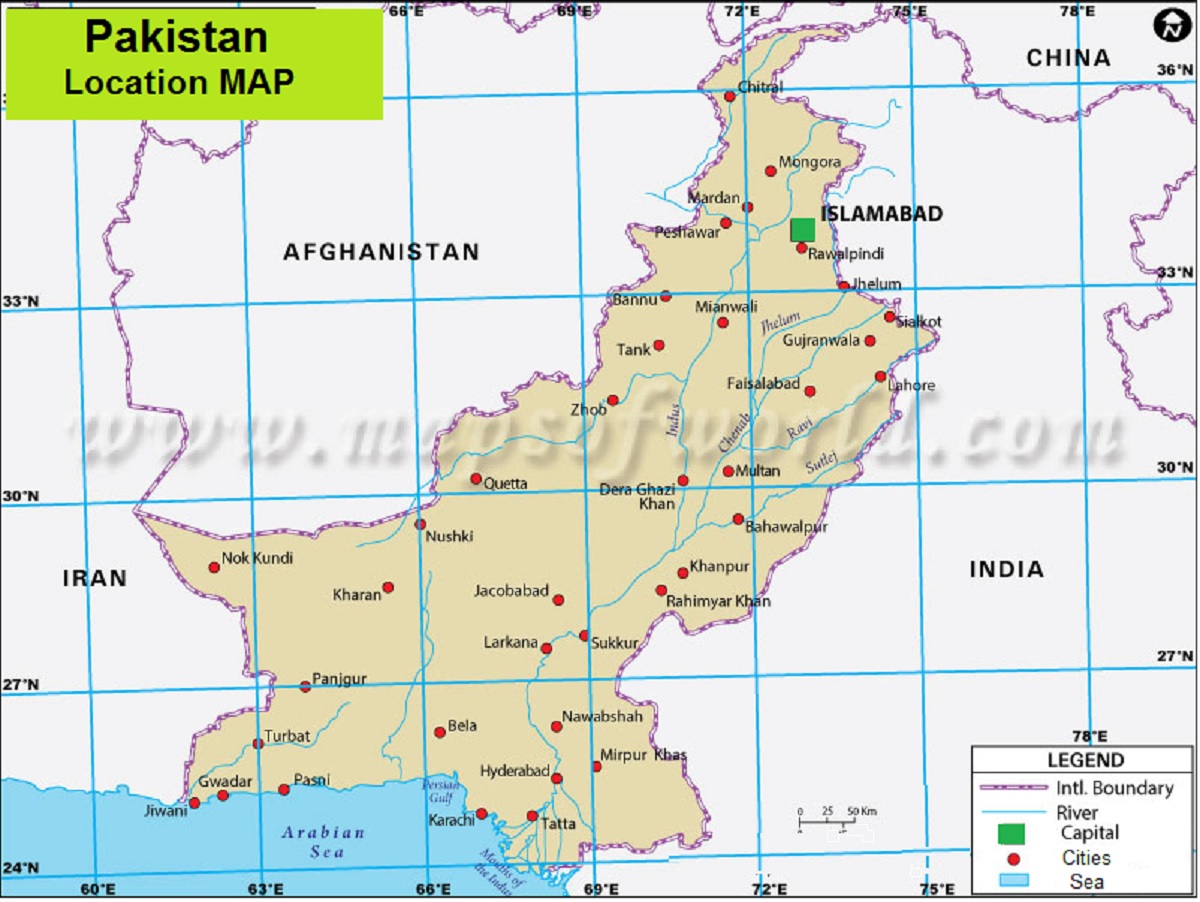 Pakistan is blessed to have a splendid mix of landscape ranging from plains to deserts, forests, hills, and plateaus commencing from coastal strip of the Arabian Sea in the south to the mighty mountains of the Karakoram, Himalayan and Koh Hindu Kush ranges in the north. Geologically Pakistan is located on the overlaps of the Indian and the Eurasian tectonic plates. Pakistan’s Sindh and Punjab provinces lie on the north-western corner of the Indian tectonic plate while Balochistan and most of the Khyber Pakhtunkhaw share the Eurasian tectonic plate with Iranian territory. 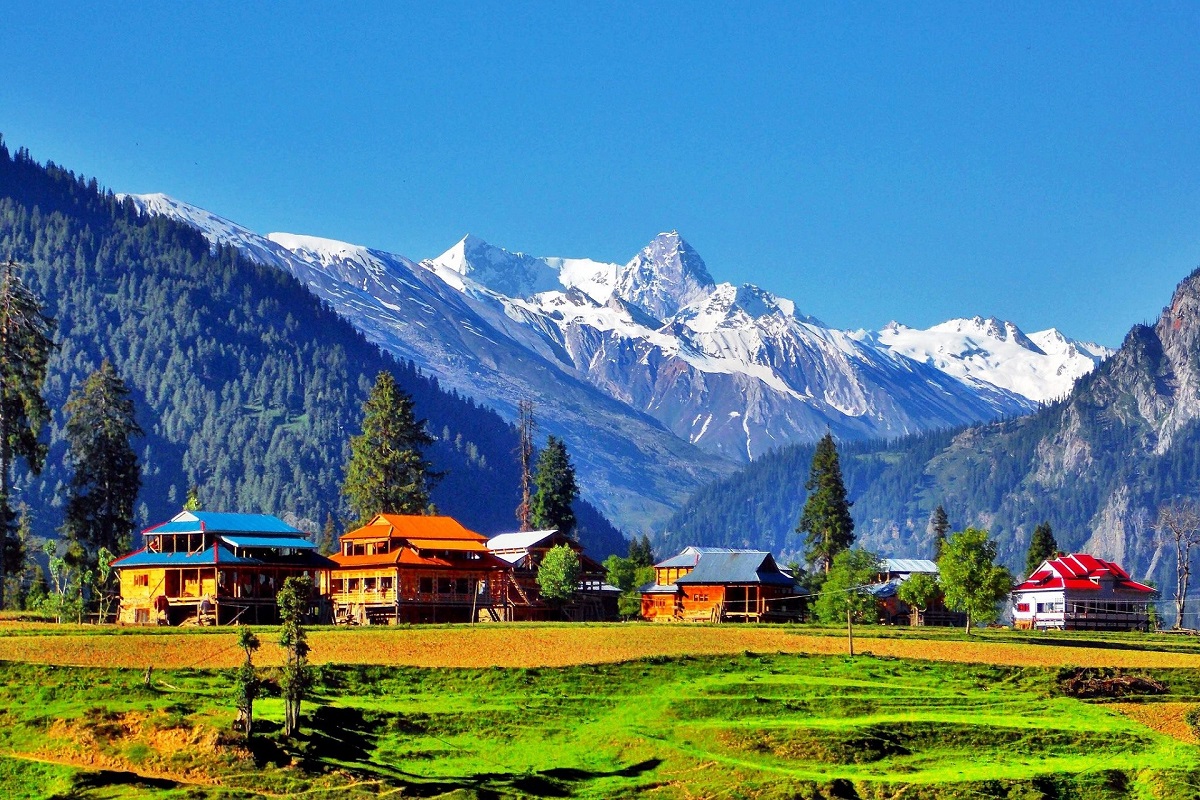 Pakistan is located in a temperate zone and is amongst the luckiest countries in the world to have four distinct seasons namely spring, summer, fall also called autumn and winter. On the average summers are very hot and winters are fairly cold with plains and mountain side getting fair degree of rainfall especially in ‘monsoon’ months of July and August. The ‘Thar’ and ‘Cholistan’ deserts record the highest temperatures in summer but evenings are fairly pleasant with cool and serene nights and mornings. The northern mountains record high volumes of snowfall in winter and there is no dearth of permanent snowbound areas. Overall one could expect all type of weather in different parts of the country around the year. In a seven days trip to Pakistan anytime during the year one can experience hot to modest to extremely cold weather in different regions.

People of Pakistan can rightfully be called the keepers of one the most ancient and continuous “Indus Valley Civilization”. British archeologist Sir Mortimer Wheeler has titled his work on the history of Pakistan as “Five Thousand Years of Pakistan”. Regions and areas that constitute Pakistan today have a history that dates back to the Indus Valley civilization (ca. 2500-1600 B.C.). The areas along the Mighty Indus River also called ‘Sindhu’ that are now part of Sindh and Punjab provinces have towns and cities that have existed since the beginning of recorded human history. Pakistan has been the gateway for the migrating tribes known as Aryans, who are believed to have set the foundation of the mythological system of what later evolved into Hinduism. Aryans are also believed to have introduced the writing script, an earlier version of Sanskrit that formed the basis of most of the languages spoken and written in Pakistan and India including Urdu, Punjabi, Sindhi and Hindi. The remnants of the great Empire established by Ashoka the great and Buddhist dynasties are abound in the upper Punjab and parts of Khyber Pukhtunkhaw region. Hindu rule was overthrown by Muslim immigrants who entered the Subcontinent between 10th and 12th Century CE using the same passes that had earlier been used by the Aryan invaders. Mughal dynasty ruled over areas that form part of Pakistan today for over three centuries. 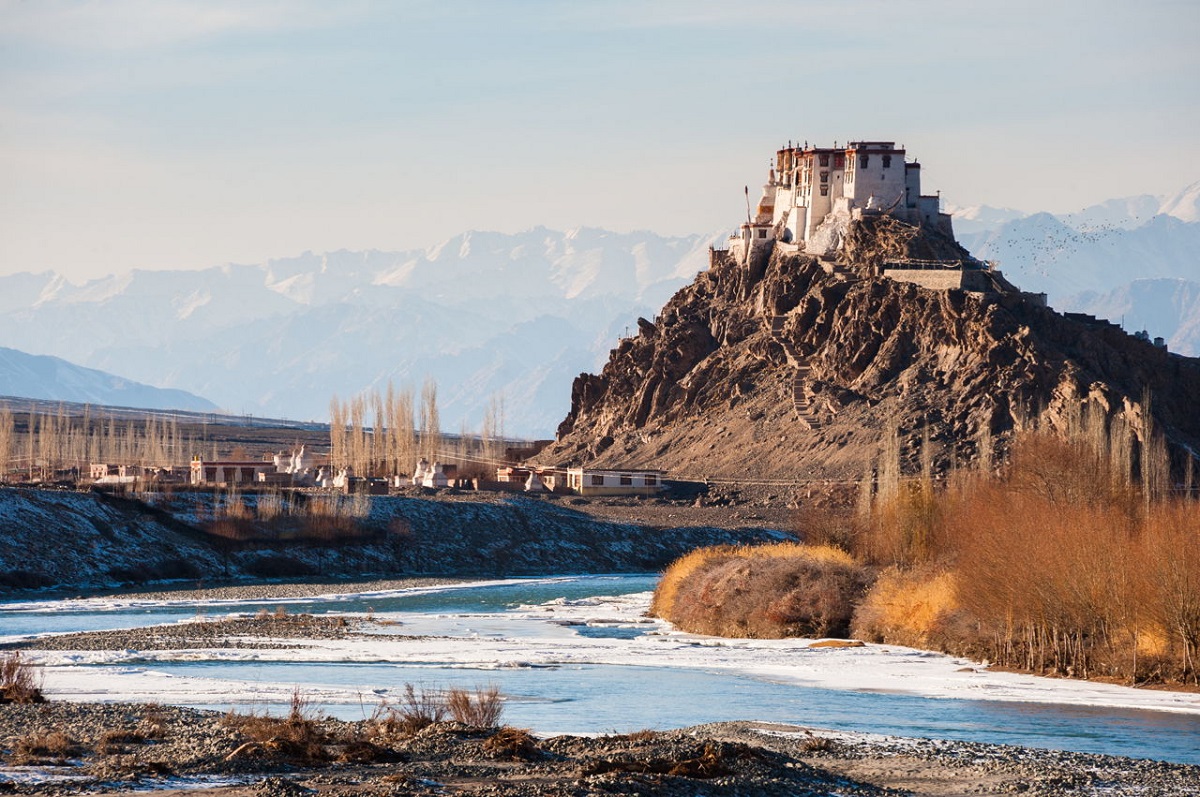 Sikhism, a religious movement by Baba Guru Nanak commenced and gained popularity amongst Hindu communities especially ‘dalats’ or untouchables. The message of universal love and equality by the Great Guru and his disciples became very popular and Sikhism as a politico-religious movement gained momentum towards the end of 16th century and until the middle of 17th century. It was during this period that Ranjit Singh conquered Lahore and established Sikh Empire, also called Khalsa Raj, in most areas of Punjab and part of Khyber Pakhtunkhawa and Kashmir. However, all these regimes could not resist the increasing power and influence of the British who established a powerful colonial empire in areas that constitute Pakistan and India today. Pakistan as we see it today gained its independence from the British in August 1947 and came to be known as Islamic Republic of Pakistan

Image: Guru Nanak with his Companions

In the spirit of the 1973 Constitution, Pakistan is a parliamentary democracy with power to elect their representatives vested in the people through adult franchise. The Parliament consists of two houses; the upper house called the Senate and the lower house called the National Assembly. Elections for the National Assembly are held every five years. Each province has its own provincial assembly for which elections are held in concurrence with the National Assembly. The leader of the political party with maximum number of seats in the National Assembly is called upon to form a government. The National Assembly then elects a leader of the house who has the administrative and executive powers to run and manage the affairs of the state and is called Prime Minister. President of Pakistan is a constitutional appointment. The president is considered Head of the State and represents the country as such. Speaker of the National Assembly and Chairman of the Senate are two highly prestigious and respected political positions. Political government in the provinces is headed by a Chief Minister elected by popular vote of the respective provincial assembly. In the past Pakistan had had sporadic interruptions of parliamentary system with military dictatorships but with growing awareness and education democracy has come to establish itself as the political system in the country although the Armed Forces still enjoy a great leverage in the affairs of the state especially in matters concerning foreign policy, communications and defense production.

Administratively Pakistan is divided into five provinces namely Baluchistan, Gilgit-Baltistan, Khyber Pakhtunkhawa, Punjab, and Sindh, and Federally Administered Area called Islamabad. Each province is administered by its own Provincial Assembly that is elected through general elections.

Having been located on the crossroads of history, traditional travel routes and invasion approaches to the Subcontinent via land and sea, Pakistan today is home to communities from multiple ethnic, religious, linguistic and cultural backgrounds living together as Pakistanis. According to the most recent estimates the total population of Pakistan is approximately 220 million that makes it the sixth most populous country in the world. The healthiest aspect of Pakistan’s demographic structure is the proportion of youth and young adults with the elderly population. About 53 percent of population of Pakistan is below age 20. Another about 30 percent falls in the age group up to 40 years. Thus a total of 83 percent of the population of Pakistan is in the age group 40 and below which makes it the most vibrant country from human resource point of view.

These healthy, hardworking and forward-looking 220 million that are as proud to be Pakistanis as they are of their ethnic and cultural identities can be broadly divided into five major ethnic groups: 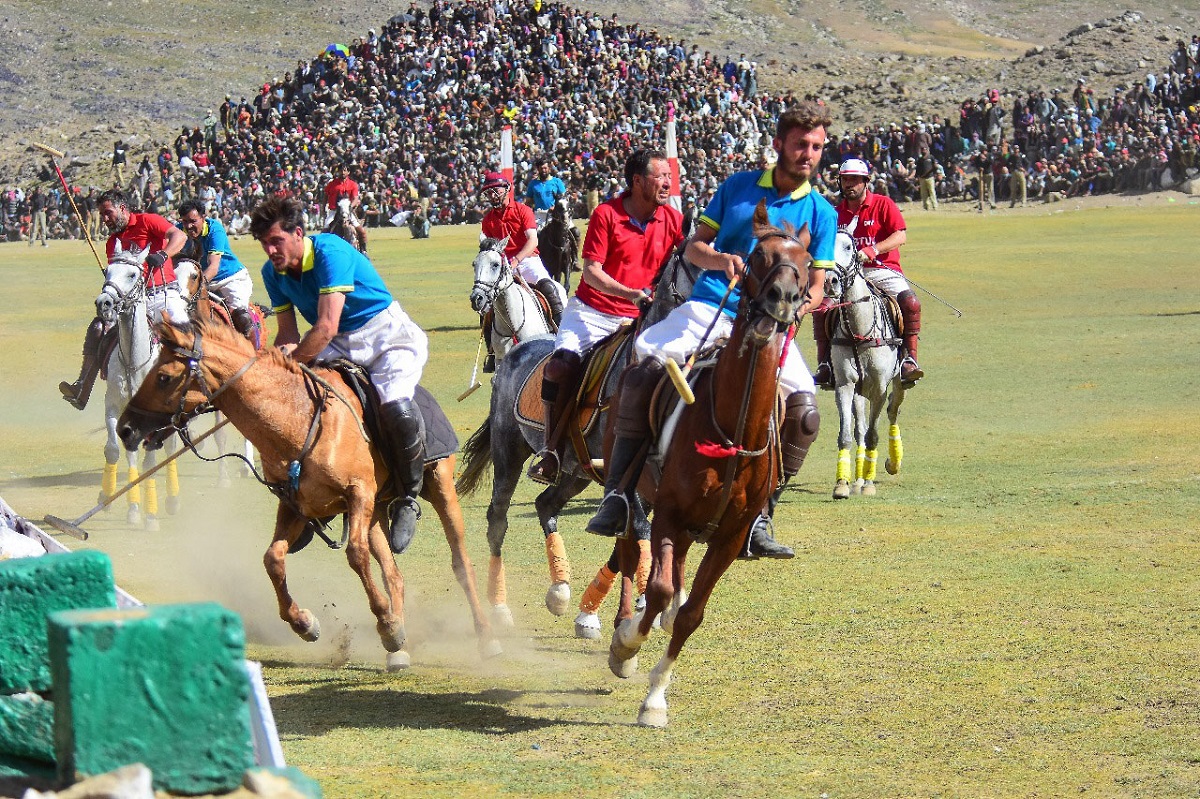 Shandur: The Highest Polo Ground in the World

A sizeable number of Pakistanis live and work in countries abroad including the Gulf Region, Europe, Americas and Scandinavia where they are respected and recognized due to their hard work, peaceful nature and service towards their community. In USA, Pakistan is known as “Country of Engineers and Doctors”. In UK many important positions including the Mayor of London and cabinet ministries are held by prominent Pakistanis or people with their descent from Pakistan. 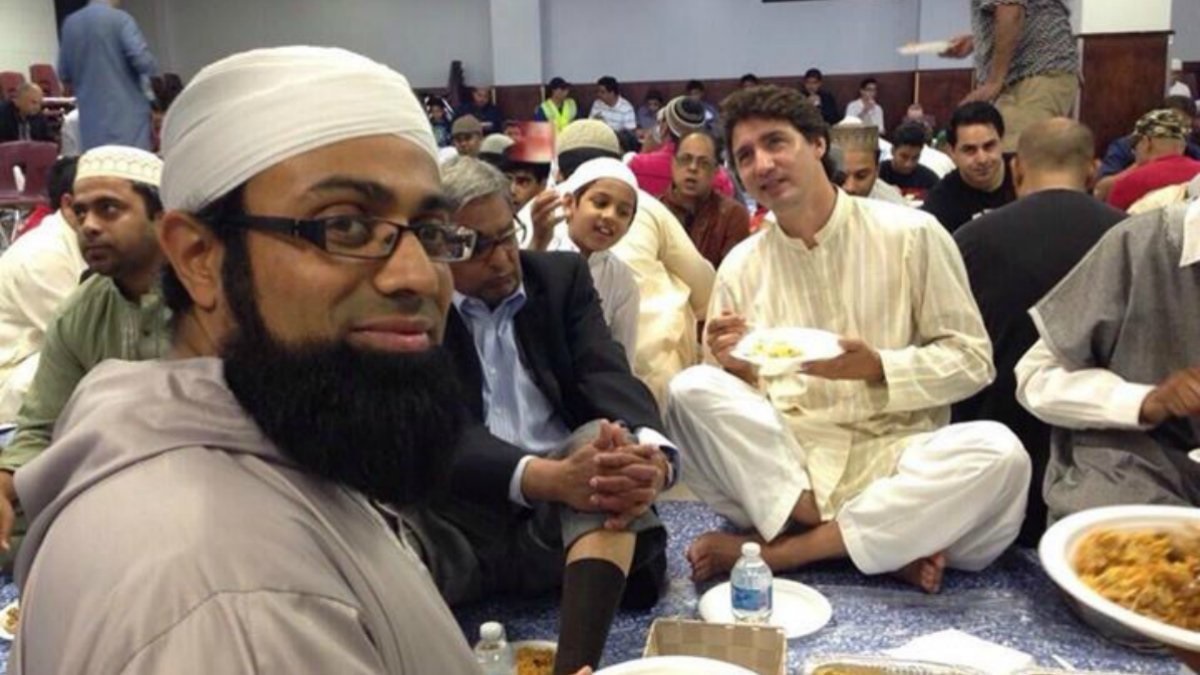 Prime Minister of Canada with Pakistani Community in Canada

Historically Pakistan has been an agrarian economy. The post independence period has seen enhanced emphasis on agricultural research and development. The traditional major crops include wheat, rice, sugarcane and cotton. Major fruit production includes mangoes, oranges and peaches and dates. Of late there has been increased interest in mechanized farming and hydroponic growth of vegetables and fruits. Pakistan is one of the major exporters of oranges and mangoes. 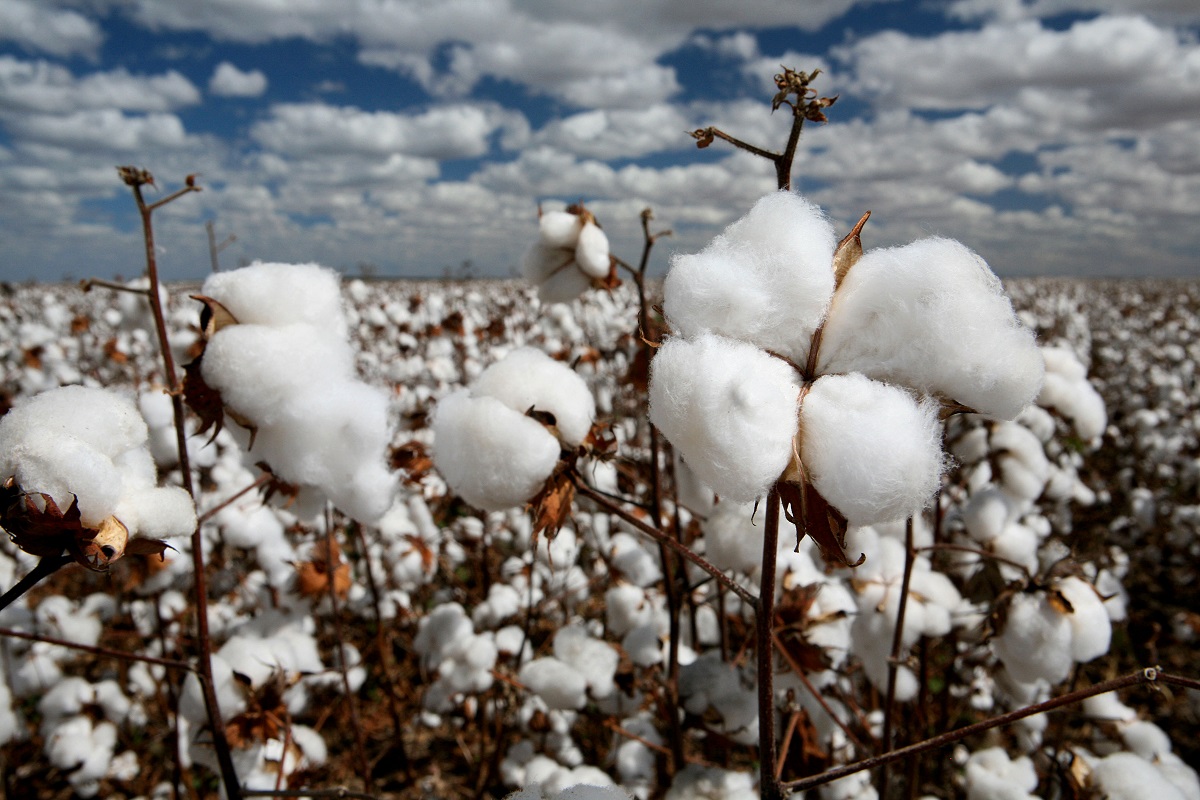 Prime Minister of Canada with Pakistani Community in Canada

In the post independence era Pakistan has seen tremendous industrial growth and development. Major industries include textiles, cement, fertilizers, sugar, mining, oil and gas, and defense production. Besides, cottage industry in Pakistan produces high value items like gifts, decorations, jewelry and hand knotted carpets. With a high proportion of educated youth, the country is ripe for next phase of industrial development in high-tech fields.

Cricket, field hockey, volleyball and soccer are popular team sports in Pakistan. Pakistan has been the world cup winner in cricket and hockey. Pakistanis have always dominated squash and snooker in individual and team categories. Swimming, cycling, boxing and freestyle wrestling are amongst the fast emerging sports in Pakistan.