Dar-e-Maher is almost one and a half century old building that is house to one of the oldest and revered Zoroastrian temple in Karachi, Pakistan. Zoroastrians, called Parsis are people of Iranian origin that migrated to India during the Arab-Persian Wars of 636-651 AD. Parsis constitute a tiny percentage of the population of Pakistan but in Karachi they are visible minority community that enjoys the respect of other communities due to their peaceful nature. Parsis own vibrant business in Karachi and other parts of Pakistan and have contributed to the progress and development of Pakistan. 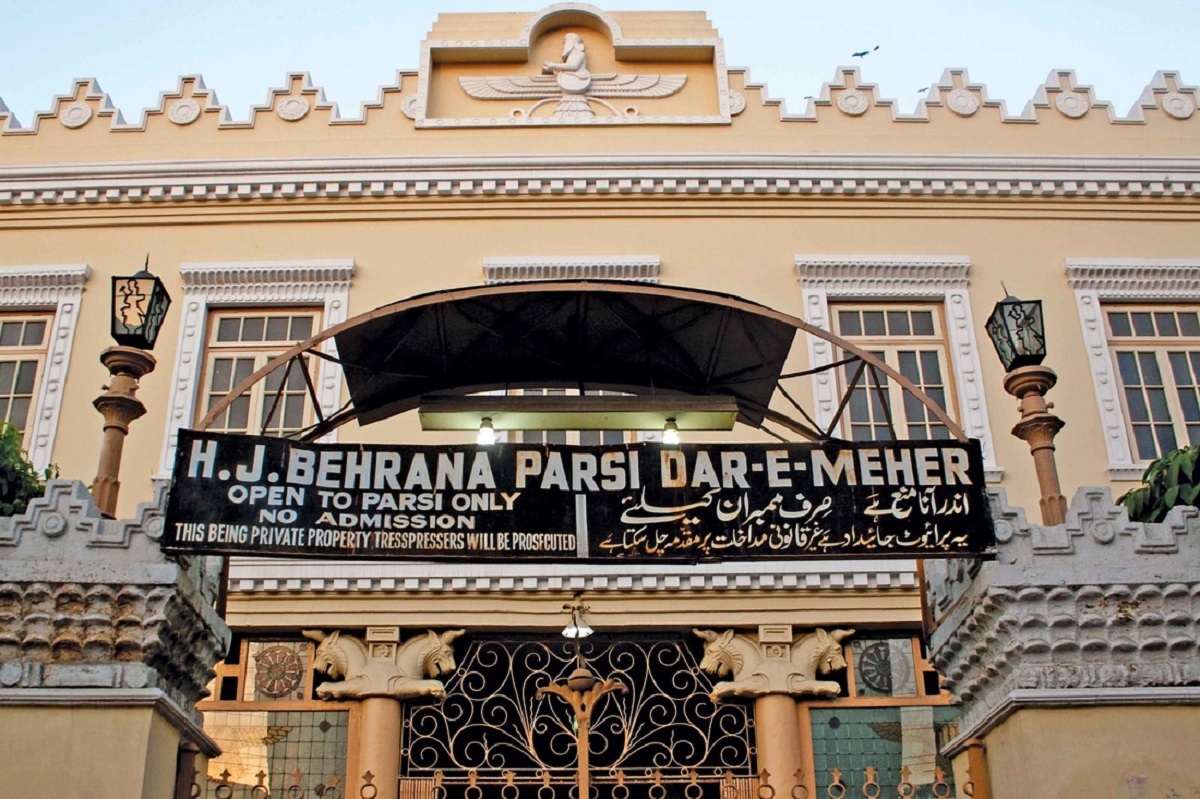 Parsis are a closed community when it comes to their religious practices and rituals. Entry to Dar-e-Maher is reserved for Parsis only and as such not much is known about the interior of the building. On the outside the building gives a clean, peaceful and tranquil look.