Urdu: Journey from Camps to Courts

Urdu is the national language of Pakistan. Urdu is also the lingua franca in Pakistan because it is spoken and understood in all regions and by most of the people in Pakistan. Urdu is the first official language of Pakistan with English being the co-official language. Urdu was basically considered a ‘persianized’ version of Hindustani (Indian) language until it evolved over several centuries to have its own text, alphabets and literature. Urdu is vastly spoken and understood in countries neighboring Pakistan including India, Afghanistan, Iran and the United Arab Emirates. In India Urdu is one of the 22 officially recognized national languages and is the language of choice in many states including Jammu and Kashmir, Telangana, Uttar Pradesh, Bihar, Jharkhand and West Bengal, as well as the national capital territory of Delhi. Except for certain language and area specific words, spoken Urdu and spoken Hindi are mutually intelligible and speakers from the two languages can effectively communicate with ease. Likewise spoken Urdu and spoken Punjabi are mutually intelligible. However, written scripts of Urdu called ‘Khat-e-Nastaliq’ and that of Punjabi and Hindi are entirely different from each other. According to encyclopedia Britannica Urdu is spoken as first language by 70 million people and as second language by nearly 100 million people in Pakistan and India.

Urdu as a formally recognized language developed around 12th Century in northwestern India as a “Linguistic Modus Vivendi” between the Muslim Conquering Armies and the native princes and local population. The word ‘Urdu’ in itself means ‘of the troops’ or ‘martial’ and was initially considered to be the “language of the camps’. Earliest versions of Urdu had been named ‘Hindvi’, ‘Rekhta’, ‘Dakani’, “Zubaan-e-Delhi”, and “Zaban-e-Urdu-e-Mualla” although name Urdu is the universal and global reference to the language.

One of the major characteristics of Urdu is its openness, adaptability and resourcefulness to adopt words and complex structures from other languages. Although earliest Urdu vocabulary relied heavily on Hindi, Arabic, and Persian, Urdu has retained its versatility by adopting words from other languages like English, Punjabi and Sanskrit. For instance in Urdu ‘station’ is station and ‘school’ is school; a chair may sometimes be called ‘kursi’ but ‘table’ is table in Urdu also. The same degree of openness is reflected in the character of people who speak Urdu as their first language. You would find Urdu speaking people to be frank, open and hospitable even to the strangers. 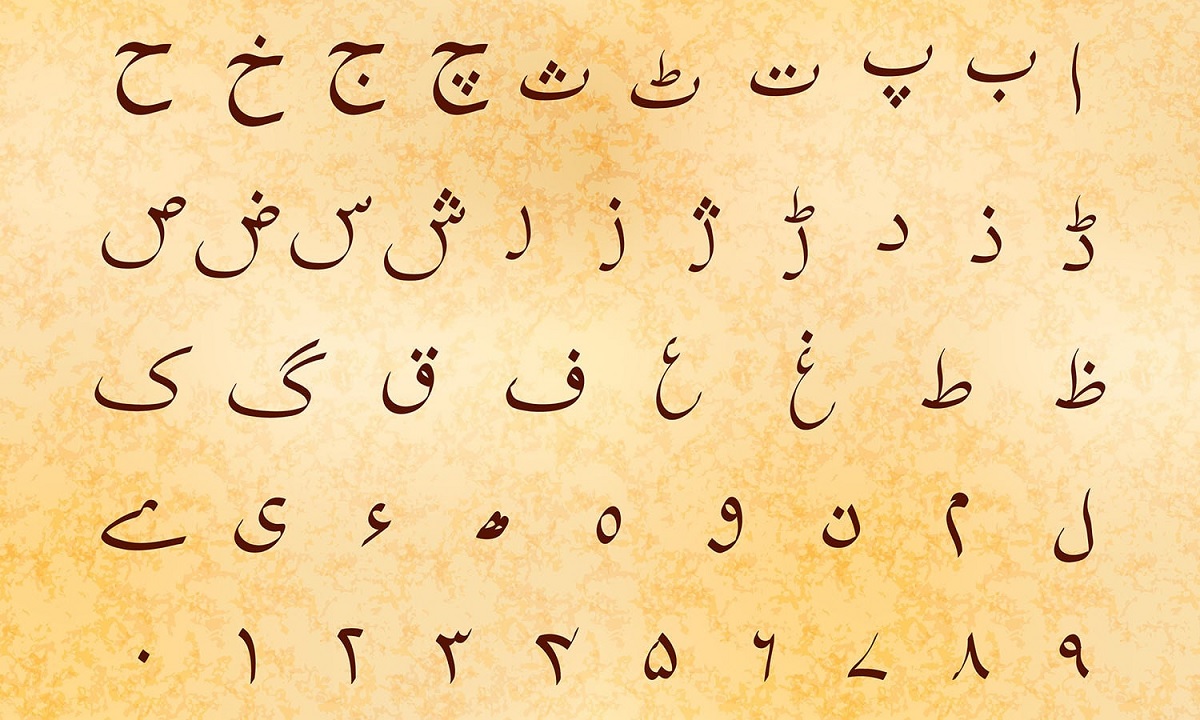 As opposed to Hindi which is written in ‘Devanagari’ script associated with Sanskrit, Urdu is written in ‘Khat-e-Nastaliq’ which is more closely associated with ‘Persian’ and ‘Arabic’. The earliest written work in Urdu was the armistices and agreements between conflicting armies that fought for increased influence in the subcontinent. However, Urdu being a powerful medium of expression was soon adopted by local poets and writers.

First major written work in Urdu was undertaken by Amir Khosrow (1253–1325), who was an established poet and a disciple of Nizam-ud-Din Aulya. Amir Khosrow’s poetry commonly referred to as “Kalaam-e-Khusro” comprised of couplets (called ‘dohas’) and folk-songs in the newly established language. Amir Khusro’s poetry gained popularity as being a music composer he could easily adapt his written work to popular tunes and compositions. The written work in Urdu gained momentum in the 18th and 19th centuries with the works of Mir Taqi Mir, Mir Dard, Khawaja Haider Ali Aatish, Nazir Akbar Abadi, and Mirza Asad Ullah Ghalib. One major reason for this impetus was unprecedented patronage and benefaction provided by the Mogul emperors and princes like Akbar The Great and Shah Jehan. Urdu poetry that was initially considered an expression of romanticism and positive eroticism has come to evolve as a full-fledged vehicle for expression of voice for human dignity, individual freedom, social equality and justice. Poets like Allama Muhammad Iqbal, Faiz Ahmed Faiz, Josh Malihabadi, Ahmed Faraz and Ahmed Nadeem Qasmi have equipped modern Urdu with tools of expression rarely available in many of the established languages including English, Arabic and Farsi.

While Urdu poem evolved at an unparalleled speed and has attained a definite level of excellence, Urdu prose has been comparatively slow to evolve. Following some groundbreaking work by Krishan Chandar, Rajinder Singh Bedi, Saadat Hassan Munto, Asmat Chughtain and more recently Dr. Ashfaq Ahmed and Bano Qudsia Urdu prose suffers from a certain degree of stagnation. This can largely be attributed to lack of will on the part of Urdu prose writers to move away from the courtly fervor and flavor characteristic of earlier Urdu writings to more popular and populist jargon, vocabulary and informality that people have come to rely upon in their day to day communication.

Urdu movie are very popular in Pakistan as well as India. Pakistan’s film industry that had become somewhat suppressed owing to increased influence of Indian cinema is catching up fast. Urdu movies released in Pakistan over the last couple years have been doing good business and attracting global Urdu viewers.

Like all human beings Pakistani people love being greeted in Urdu or one of their regional languages. So if you are travelling to or through Pakistan, it won’t hurt to learn a few words and phrases of Urdu. Urdu is easy to learn especially for English and Continental European speakers. There are tons of apps available on Google Play Store that make learning Urdu quick and easy. Just download the one with the max star rating and have fun learning a new language. We look forward to seeing you here in Pakistan.

Urdu is a very verstile language with tremendous adaptability to use words from other languages. Learning Urdu is easy and fun and you would experience a definite degree of warmth if you could speak a few words of Urdu during your next visit to Pakistan.