Pashto, sometimes called ‘Pukhto’ is the language of Pashtuns, the second largest ethnic group of Pakistan. In Pakistan, Pashto is spoken in the province of Khyber Pakhtunkhwa and the northern districts of Balochistan province. Pashto is also the official language in the neighboring Afghanistan where, according to rough estimates, 45-60 percent of the Afghans speak it as their first language. Pashto speaking communities called ‘Pathans’ are also found in India, Iran and Tajikistan. Pashtuns (or Pathans) have visible presence in all major cities and towns in Pakistan making Pashto the second most spoken regional language in Pakistan.

Pashto is an Eastern Iranian language and is part of the Indo-European family of languages. In Persian literature Pashto is referred to as Afghani while in the ancient Indian literature it is called ‘Pathani’ meaning language of Pathans. Captain H.G. Graverty in his scholarly book titled “A Grammer of the Pukhto, Pushto Language of the Afghans” published 1859 has presented a critical review of the origin, development and interactions of Pashto with neighboring languages. His analysis places Pashto more closer to Hebrew and some of the European languages than Persian and Arabic. 19th-century famous linguist James Darmesteter and more recently Michael M. T. Henderson have maintained that Pashto language is a descended from Avestan or Zend which are some of the most ancient languages in the earliest recorded human history.

Minor linguistic variations and local intonations notwithstanding Pashto is divided into two major dialectical groups namely ‘soft’ and ‘hard’, the later sometimes referred to as ‘Pakhto’. For instance word Peshawar (a major city in Khyber Pakhtunkhwa) is pronounced ‘Pekhawar’ in Pakhto. Likewise Nowshehra (another city name) is pronounced ‘Naukhaar’ in Pakhto. However, the two dialects are mutually intelligible and sometimes used interchangeably by the native speakers. 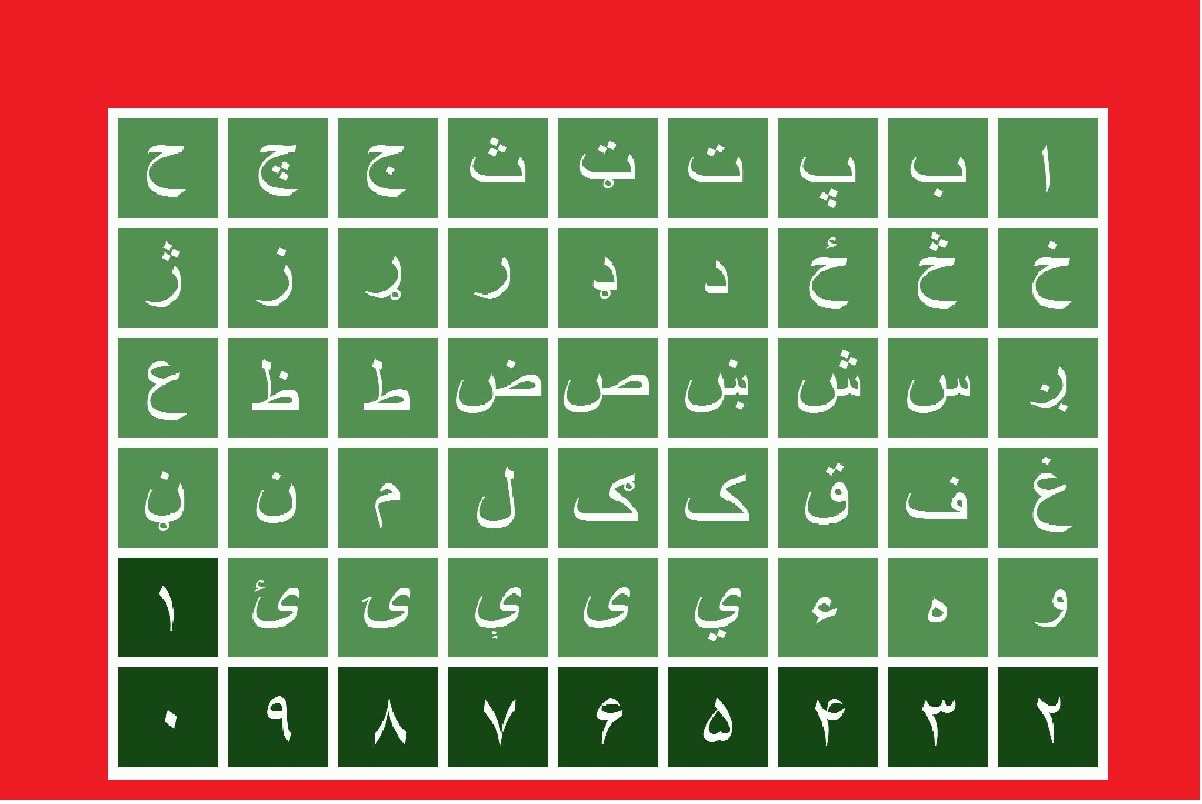 Origin of Pashtuns (a.k.a. Pathans)

The Pashtuns, historically also known as Pathans, constitute the second largest ethnic group in Pakistan. The ancient oral tradition links the origin of Pashtuns to Afghana who is said to be of Bani Israel origin and is believed to be the progenitor of Pashtuns. According to Hebrew Bible referred to as Tanakh, King Saul was the son of Kish who was a member of tribe of Benjamin which was one of the 12 Tribes of Israelites. There is a conflict amongst historians about the number of sons King Saul had. Some believe that he had four sons named Jonathan, Abinadab, Malchishua and Ish-bosheth. However, the oral legend and some historians assert that King Saul had fifth son named Irmia. The legend describes Malak Afghana as the son of Irmia (Jeremia) and grandson of King Saul. The name Afghana is mentioned in the 3rd Century CE Sassanians writings and later in the 6th Century CE Indian astronomer Varahamihira.

It is mentioned that Afghana was orphaned and brought up by King David. When Solomon became the king, Afghana was made Chief of the Armed Forces. Malak Afghana is also given credit for construction of the earliest temple in Jerusalem, the Temple Mount, which in Arabic is referred to as Haram al-Sharif. Several generations later Qais Abdur Rashid, a descendant of Malak Afghana embraced Islam. Modern day Pashtuns are believed to have descended from Malak Afghana. Being one of the most ancient recorded ethnic lineages, Pashtuns Diaspora comprises over 300 clans and sub-clans spread in geographic regions that include but are not limited to Tajikistan, Afghanistan, Pakistan, India, Iran, UAE and in the modern times USA, Canada, and Europe. There are tribes that over the centuries have lost touch with their mother tongue Pashto and adopted the local languages like Urdu, Punjabi, and other regional languages. 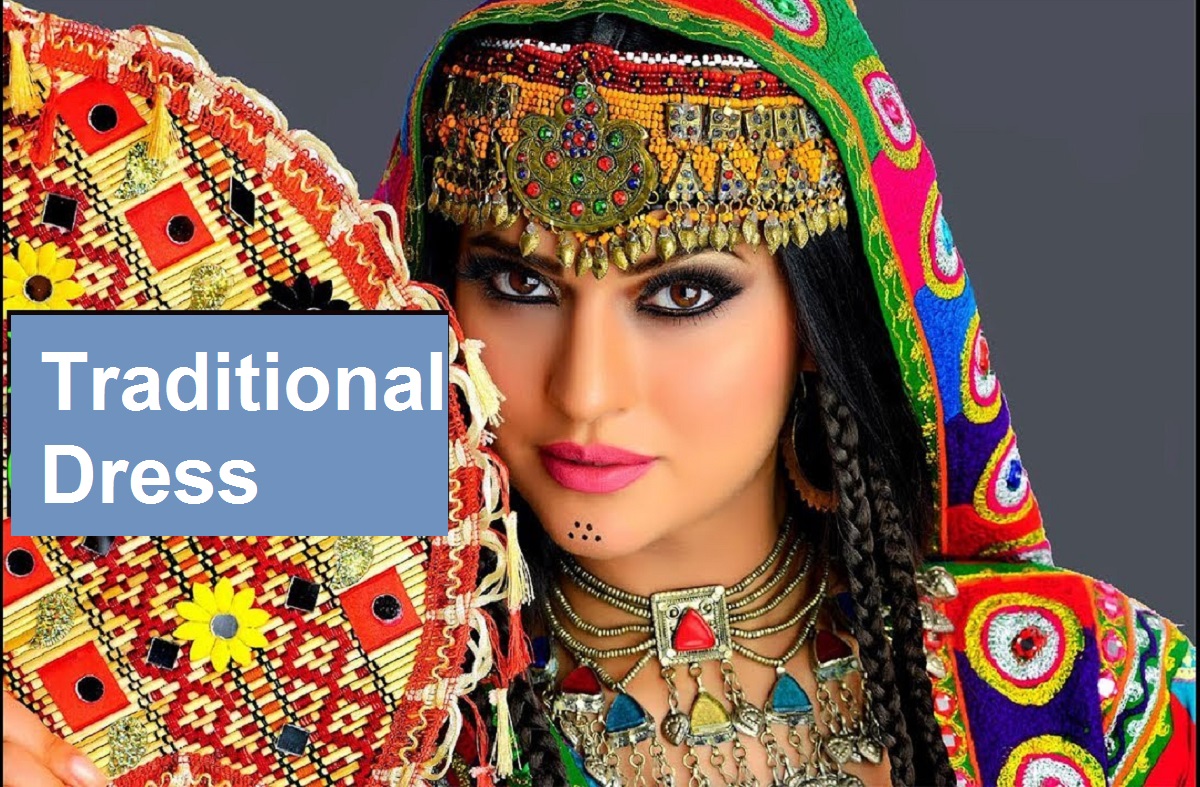 Pashtuns have had a long tradition of oral literature like poems, proverbs and ancestral stories and legends. The written Pashto literature has developed starting 17th century writings of Khushhal Khan Khattak and Rehman Baba. Both of these were Pashto philosophers, thinkers and poets of global repute and recognition. Their works have been translated into different regional and international languages including Urdu, Hindi and English. During the regime of Ahmed Shah Abdali Pashto gained importance as a language of the court. Ahmed Shah Abdali laid great emphasis on development of teaching text in Pashto. The first book of Pashto grammar was written in early 19th Century as also a Pashto dictionary was developed around the same time.

Pashtuns in the Khyber Pakhtunkhwa region of Pakistan can be categorized into two different communities (1) Highly cultured, emancipated and modernized urban/suburban communities (2) Rural communities with their strict adherence to tribal culture and traditions and observance of Islamic rites and rituals.

Whether rural or urbal, Pashtuns are straightforward, honest, and hospitable people with love for nature, pride in their tribal lineage and history, and a great respect for human dignity and freedom. Pashtuns are averse to all kind of discrimination and believe in human equality, equity and justice. Pashtun women, especially in tribal areas practice Hijab and are not open to talk to strangers especially males.

Pashtuns are basically a martial race and as such carriage and display of weapons is an established tradition and sometimes a necessity, particularly in the tribal areas. Pashtuns are good firers and like to take good care of their personal weapons. 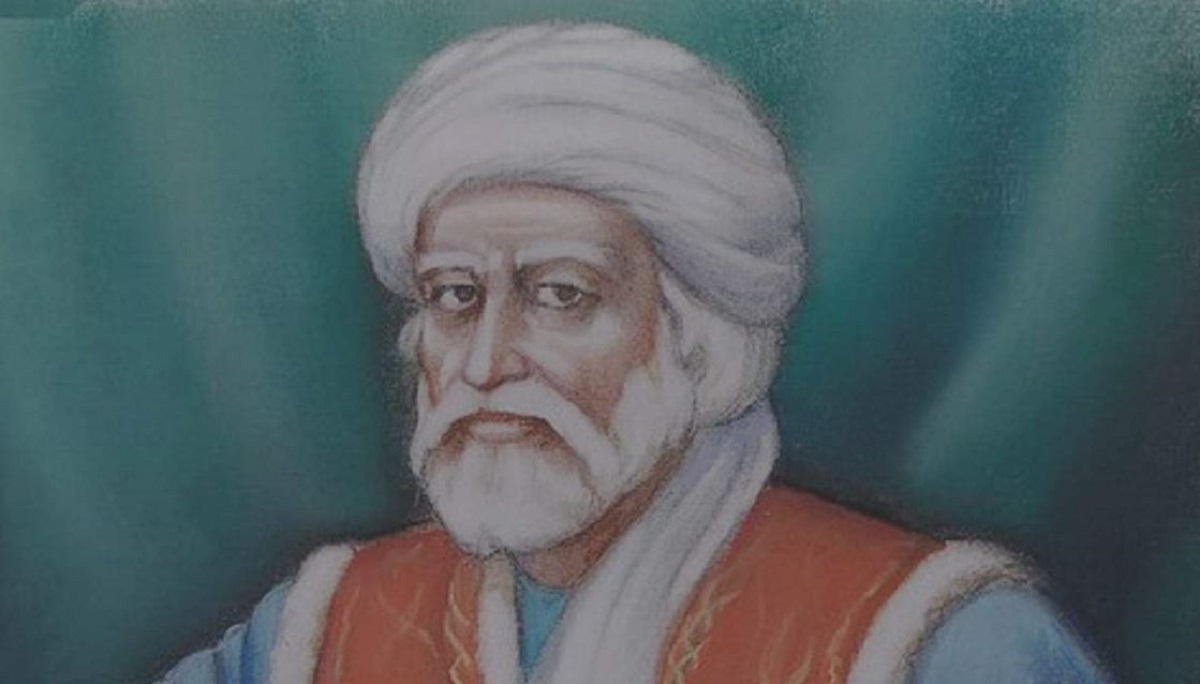 Pashtun food mostly comprises of meat, cereals and fruits and nuts. Meat in all shapes and forms is favorite cuisine with Pashtuns and is cooked in a variety of ways. Barbequed and roasted meat is most favorite Pashtun entree while slow cooked meat in pan called ‘karahi’ has also gained popularity overtime. There are a number of local joints all over Pakistan serving Pashtun Cuisine with Peshawar being the Centre of Pashtun Cuisine. Afghani Palao, Dampukht meat, and roasted lamb with rice are also very popular Pashtun Dishes. Another cuisine item very popular in Khyber Pakhtunkhawa is “Chapli Kabab”, made of minced meat a plethora of herbs and spices that give it juicy and rich flavor and freshness. Peshawar is famous for various blends and flavors of teas and tea is kind of a ritual in the Pashtun culture. No get together or social interaction is considered complete without tea. In the tribal culture tea is served until the guest gives up drinking. No sooner you empty your cup, it is filled again unless you gesture ‘no’ to your host which is done in certain areas by putting the cup upside down and at places by shaking the cup before placing down. 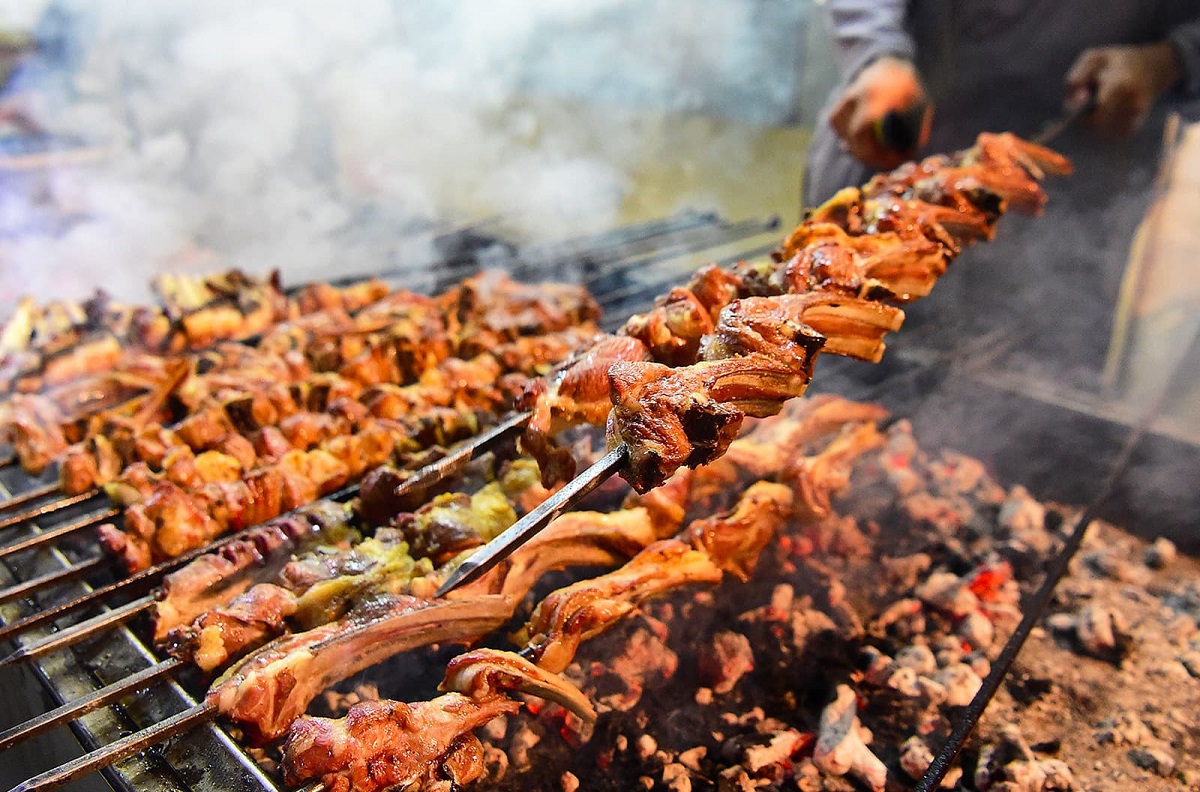 Image: Pashto BBQ has no rival

Peshawar has traditionally been the centre of Pashto music. Pashto music is melodic in nature and has some highly developed genres like ‘Tappa’, ‘Charbeta’, ‘Neemakai’, ‘Loba’, ‘Shan’, ‘Badala’, ‘Rubai’, and ‘Tikki’. Rubab, Organ and Tabla are amongst the popular Pashto music instruments. There are a number of Pashto singers who are popular all over Pakistan. Some of the most favorites include Haroon Bacha, Rahim Shah and Ghazala Javed. CDs and DVDs of Pashto music are available all over the country from music stores. 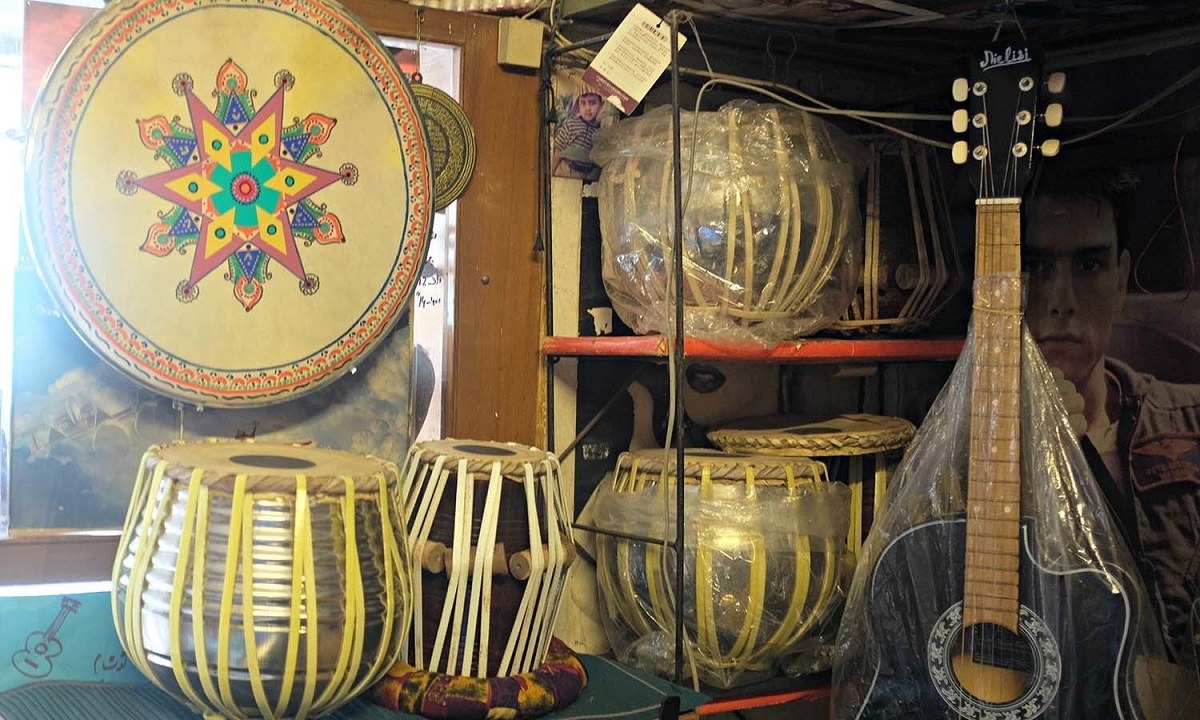