English is as native to Pakistan as in any other country or region that had been the subject of British Colonial Empire. Pakistanis may not be very proud of their colonial heritage, in fact most are sheepish and somewhat embarrassed to acknowledge this historical reality. However, most of them can and do speak English with a definite degree of pride. This pride stems from the fact that not many human beings on Earth can speak three to four languages like most Pakistanis can. Every Pakistani speaks at least one of the regional languages (Balochi, Brahui, Hindco, Pushtu, Punjabi, Saraiki, Sindhi, Kashmiri, and several others), almost every one speaks Urdu (The national and the first official language) and most can read, write and speak English (the Co-official language).

English was first brought to the regions that now form part of Pakistan by the Notorious East India Company in early 16th and 17th Centuries. The company that was initially formed with the stated objective of trade with India and East Indies soon turned to espionage, intelligence gathering, conspiring and promoting hatred against the legitimate ruling dynasty of Mughals that had already weakened due to internal dissensions and conflicts. The East India Company spearheaded the British Colonial ambition masked as traders and merchants and helped British Armies make overt and covert operations that led to the fall of Great Indian Empire that had once been acknowledged and admired by none less than Elizibeth I, The then Queen of England in a letter to Emperor Akbar “The Great”.

Persecuted and oppressed by the East India Company and later the British Army, people in the subcontinent had been initially slow and in fact opposed to learning English as they considered it language of the oppressors and perpetrators and hence despised it. However, towards the middle of the 19th Century many scholars and leaders realized that learning English was important for the local population to survive and move forward under the British Rule. Prominent amongst these leaders was Syed Ahmed who established the first institution to learn English and advanced subjects like mathematics, physics and chemistry. His Aligarh College, later Aligarh University, set the foundation for the people of the Subcontinent to learn English as a language and as a medium of education and communication. It was this movement that led to negotiated independence of India and Pakistan from the British Rule. 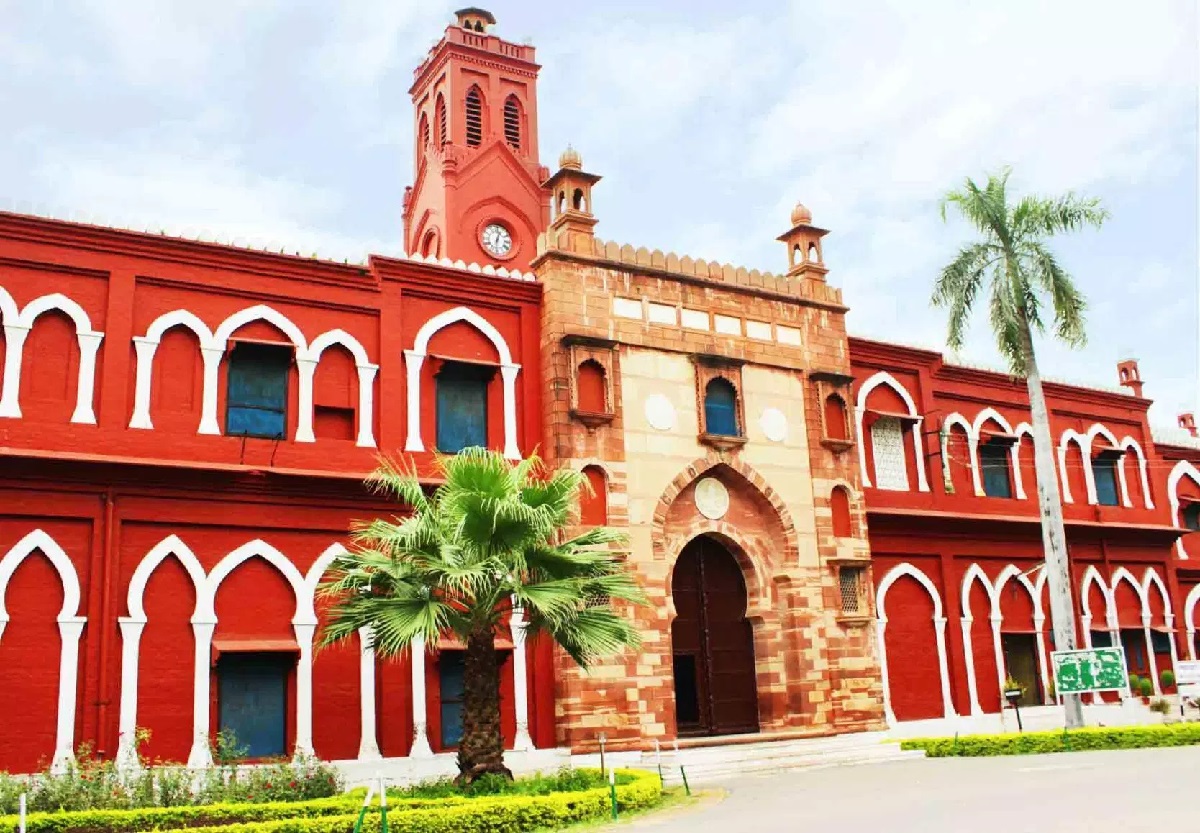 Although an average Pakistani is ill at east accepting and acknowledging the legacy of British Colonial rule with its accesses, excesses, ingresses, exploitations and degradation of people from the countries that were once subjects of the British Empire that spanned across the entire Indian Subcontinent and the Indies, one can spot the imprints and influences of the English culture everywhere including government offices, court rooms, railway stations, schools, TV channels, shopping malls and almost all walks of life. Most of the official correspondence takes place in English and so is true about road signage, business invoices and even invitation cards for most occasions.

It would not be wrong to say that Pakistanis like all other British Colonies are caught up with English forever. This can largely be attributed to the deliberate and successful British efforts at destroying local cultures, languages, libraries and research institutions and forced implementation of English language and culture. It would be historically incorrect not to state the fact that while the British made every effort at introducing English as a language to their local subjects, they were never allowed to immerse into the English culture and ways of life. Images of a sign stating “Dogs and Indians not allowed” are clear manifestation of this duality of British Character. 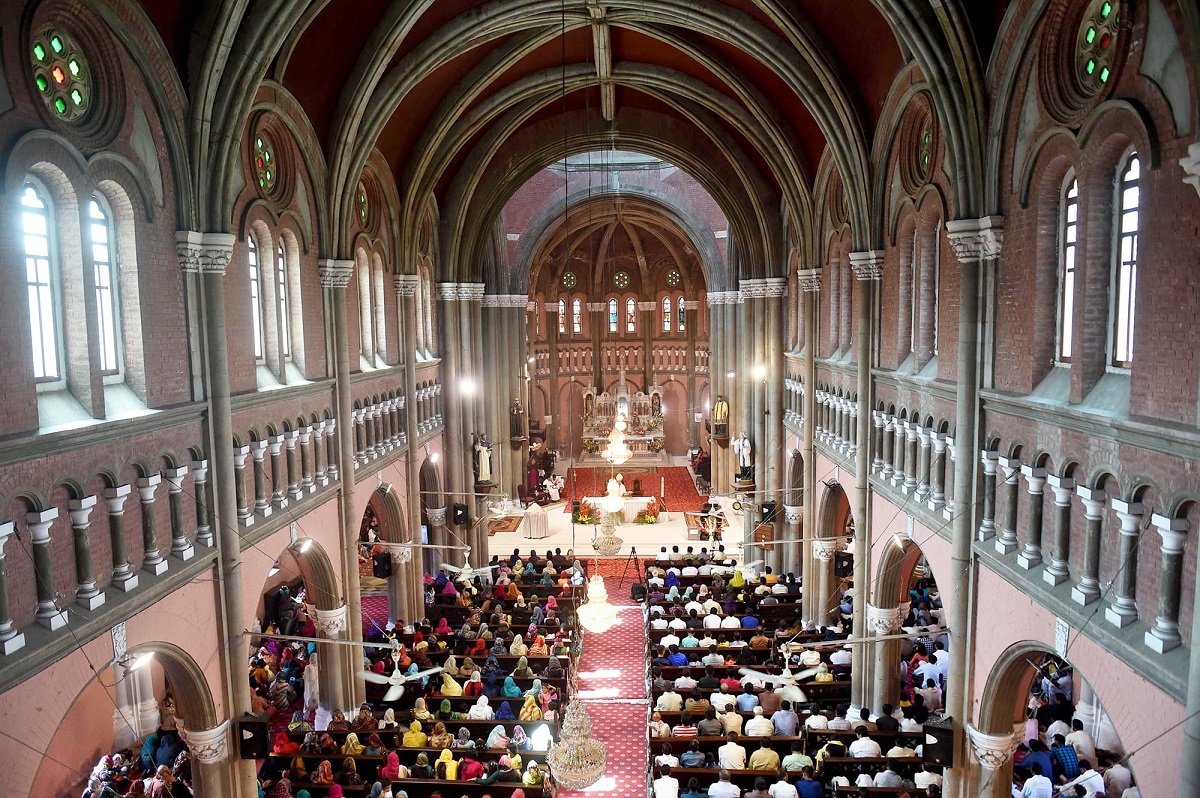 Inside view of Cathedral Church Lahore

Pakistanis today clearly understand the importance and significant of English as a local and a global language. Hence, English is learnt and taught in most households, schools and institutions of higher learning. Being co-official language books of laws and statutes, and rules and regulations are available in English besides Urdu which is the other official language. In Pakistan most major court decisions and proceedings are written and communicated in English.

You have an accent? We have so many!

It’s pertinent to mention here that most Pakistanis speak English with a heavy accent and tend to translate their thought directly from their native language. So one can expect to listen to frequent interjections of locally developed vocabulary of words like ‘goondaism’, ‘bradarism’, ‘thugism’ and the likes. You will rarely find a Pakistani searching for words when speaking English because adding ‘ish’ and ‘ism’ to any word turns it into an acceptable English word in their opinion. Most of the Pakistanis satirically, and many seriously, and openly state that they have a right to use English the way they please as they believe the English and especially the British helped destroy the local languages and culture. 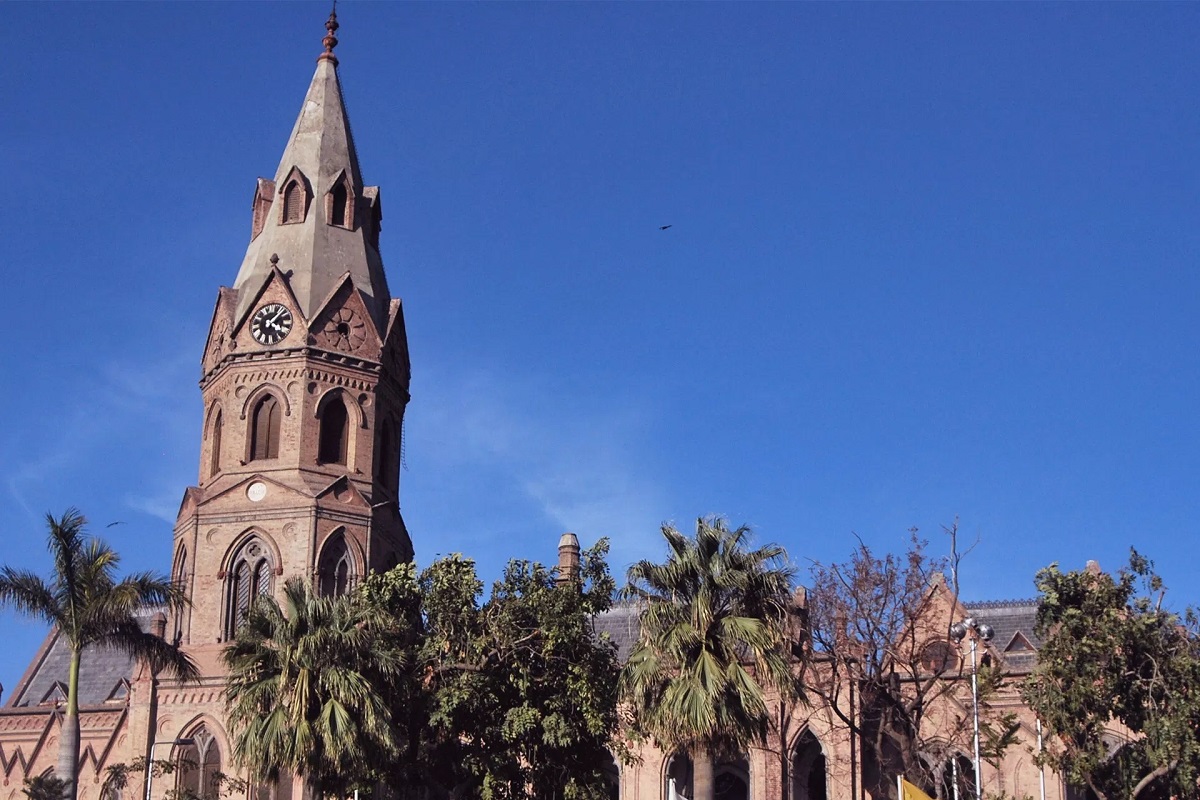 English is widely taught as a language and used as medium of instruction in almost all schools. Curricula and syllabi are mostly structured around English language. Most research takes place in English language. There are a number of Publishing Houses producing books and magazines in English

While the imprint of English language and culture is pretty deep rooted in Pakistan, English food is not as popular. However, it’s not hard to find places that serve Fish and Chips and semblances of different kinds of pie and sponge cakes. Typical English foods like Beans on Toast, Bangers & Mash and Cornish pasty are not very popular. English breakfast can be ordered at most of the restaurants that serve breakfast. There are tons of restaurants and joints that serve variety of continental and global cuisines.

Major movie houses always have one to two latest Hollywood movies being screened. Most of the cable operators have eight to ten channels dedicated to transmissions in English language including some global channels like BBC, CNN, National Geography, HBO and CIBC. DVDs of English movies and plays are available almost on every nook and corner in the cities. And the good old “Netflix” goes everywhere as internet connectivity is available in the remotest parts of Pakistan.

If you are travelling to or thorough Pakistan, or have been assigned an official responsibility here and you happen to be an English speaker you have nothing to worry about. English is spoken everywhere in Pakistan and there are remnants of English culture spread all over the country. Expect for “Beans on Toast” you can find food suitable to your taste almost everywhere. You will be perfectly at home provided you can put up with accent and some degree of ‘vandalization’ of English vocabulary.