The Cholistan Desert a.k.a, 'Rohi'

Cholistan Desert, also called ‘Rohi’ by the locals is approximately 16,000 km square stretch of sandy dunes with shifting sand valleys and desert pathways. The major part of the Cholistan Desert is located in the province o Punjab, Pakistan. However, part of the Cholistan Desert joins with Thar Desert that extends to Sindh Province of Pakistan and further into India. Remains of ancient Hakra Valley Civilization have been discovered along the now dry bed of Hakra River which is considered to be one of the oldest civilizations of the Aryan settlers.

The Cholistan Desert has an arid climate with a little rainfall during the monsoon season of July and August. There is a great differential between day and night temperatures in the Cholistan region. The day temperature during summers can be as high as plus of 50 degree Celsius while night temperature may fall to as low as 22 degrees C during summers and 8-12 degrees C during winter. No matter how high the temperatures during day might be nights in Cholistan are usually cool, serene and surreal. It is for this reason that nomadic tribes usually move by night using stars for navigation and path finding. In view of shifting dunes, hot weather and mirages/optical illusions it is hard to maintain directions during the day.

The aboriginal tribes that inhabit Cholistan lead a nomadic life moving from place to place in search of water. They usually live in tents and makeshift straw huts. Camels and goat breeding is their main source of living besides traditional pottery, handicrafts and decorations and jewelry made of camel bones. Camel milk, yogurt, homemade bread and porridge are the staple foods in this part of the world. The life of the tribes is usually tough and follows a strict code of conduct and moral values.

A handful of the local population works in hand-woven textiles and leather products. ‘Khaddar’, a fabric made on a manual loom and Cholistani ‘Khussa’ a highly decorated from of footwear is very popular not only locally but also in other parts of Pakistan. The Cholistan Development Authority, a public sector initiative aimed at improving the life of the nomadic people of Cholistan has played key role in bringing to limelight the art and craft of the people of Cholistan. However, there has been some degree of criticism on the grounds that development of the region along the industrial pattern will likely result into disturbance of the natural ecosystem of Cholistan and ultimate extinction of the nomadic culture. 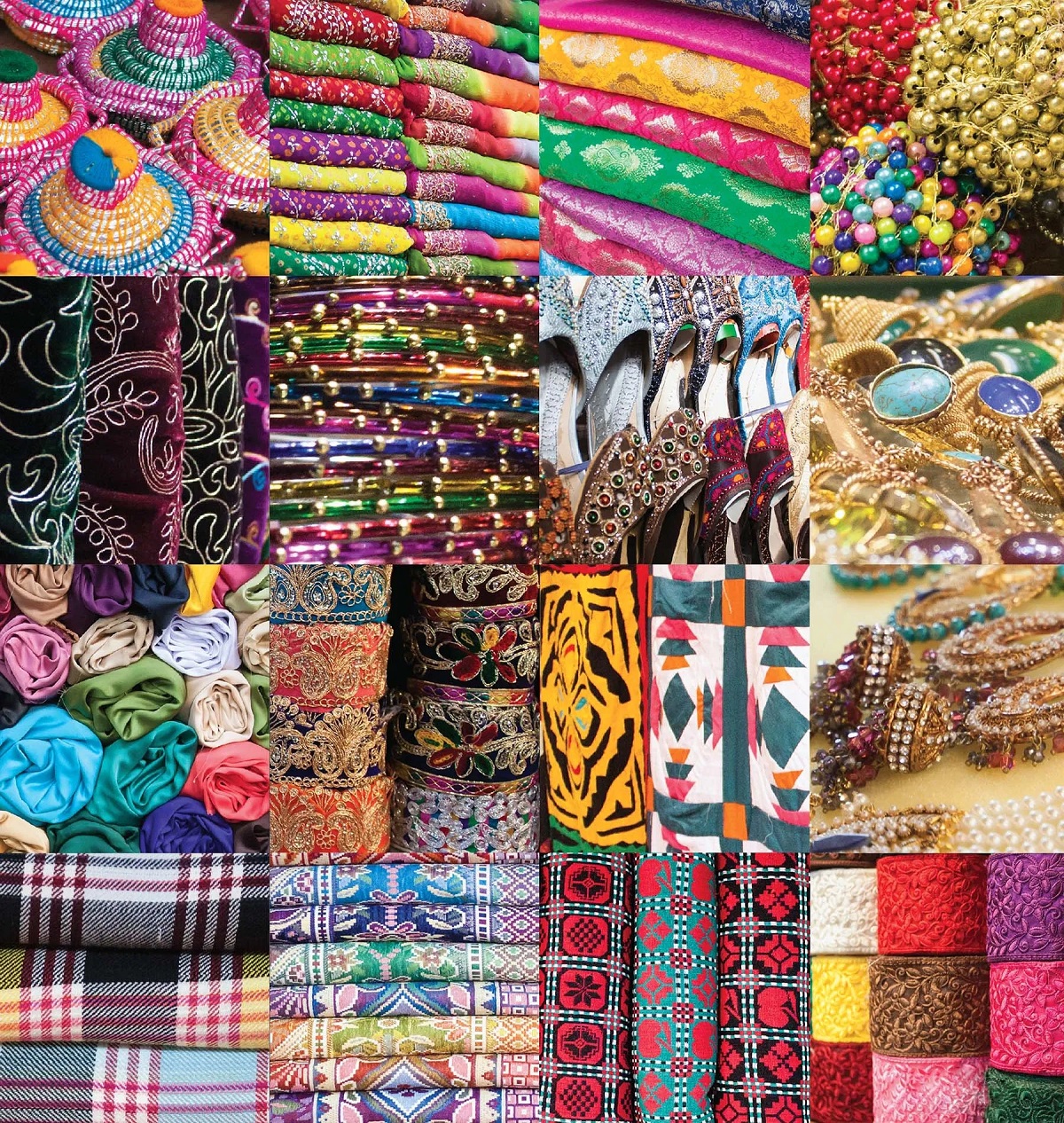 Cholistan Desert: Handicrafts made in 'Rohi'

How to Get to Cholistan Desert

The outskirts of Cholistan Desert on the Punjab side are located about 30 km from the city of Bahawalpur and can be accessed via own transport. A 4x4 vehicle is recommended especially if you plan to venture deep into the desert. Navigation using GPS is fairly accurate but it is recommend to have a local guide for help with navigation and to communicate with the local population. Drawar Fort is the major local attraction. Located about 130 km from Bahawalpur, Drawar Fort has great historical, archeological and cultural significance in the Cholistan ecosystem.